Get the app Get the app
Already a member? Please login below for an enhanced experience. Not a member? Join today
News & Media Never Again: Landing at Devil’s Finger

My wife and I started out flying on a recent Saturday to Port Aransas, Texas, in our Cessna 182 to have a day of fun in the sun with friends who had driven down the day before. 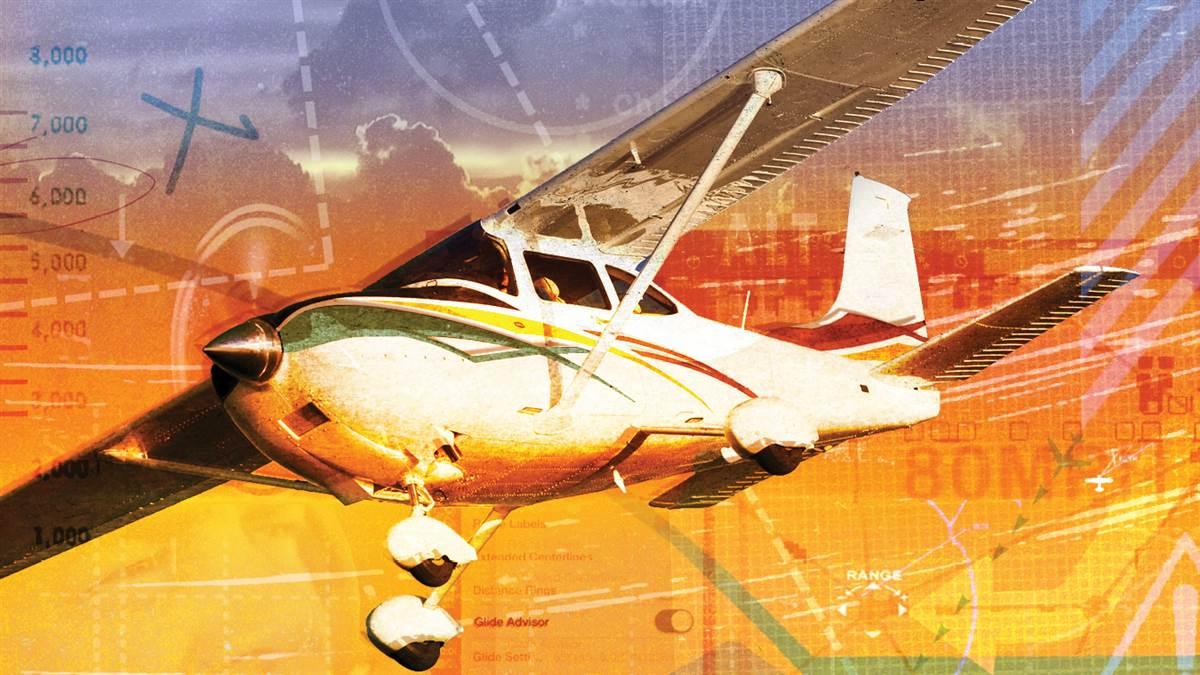 Everything was fine until about 45 minutes out from Port Aransas ATC informed us that Mustang Beach Airport was closed because of a fatal aircraft accident. We diverted to Aransas County Airport in Rockport where the manager said Port A would probably remain closed until Monday. Our friends came across the ferry, picked us up, and put us up for the night, and we all had a great time.

Sunday evening we started back across the ferry only to find a one-hour line. No problem, part of the flight would be at night—smoother air. My wife asked me to call the airport and have them fuel the airplane so we could just leave. I argued that self-serve would save us 20 cents a gallon but then agreed and called the airport. We kicked the tires, lit the fire, and were off.

Two hours into the flight I was sitting back at 6,500 feet as the autopilot droned us along playing a game in my mind of if the engine quit now where would I land? But that never happens, right? Only to someone else. My wife sat up from her nap, snapped a picture of the beautiful sunset, and laid back down.

I keyed the mic. “Two souls on board turning west towards a ranch but I’m showing we don’t have altitude to make it.” I looked back down at the moving map on my iPad and saw the name of the strip was “Devil’s Finger.”Then it happened. The droning engine just stopped. It really stopped!

I kicked off the autopilot and tried a restart. Nothing.

A quick look at my iPad and ForeFlight showed no airport within the gliding distance circle but there was a private strip to the west, just outside the circle. I turned west and called Center: “Eight-three-one Papa Zulu, emergency engine-out.” They came back with the chilling words: “How many souls on board? State your intentions.”

I keyed the mic. “Two souls on board turning west towards a ranch but I’m showing we don’t have altitude to make it.” I looked back down at the moving map on my iPad and saw the name of the strip was “Devil’s Finger.”

Now let that sink in. Two souls in a dead ship full of fuel descending at 80 mph toward the Devil’s Finger at dusk with ForeFlight telling us we can’t make it. What could possibly go wrong?

ATC said they would lose radar coverage and communications at 2,000 feet but for us to try to call by phone once on the ground. Sure enough that was their last transmission.

The iPad now showed we might just get make it. Mental checklist: turn off fuel, turn off the master switch, turn off key, what else? Can’t remember, forget it, just fly the plane.

I looked up and saw an airstrip—not just an airstrip but a huge, weedy, 100-foot-by-6,500-foot concrete runway. I was later told it was a World War II military airstrip where they tested radar back in the day. Beautiful, but now I was too high so I put the airplane into a steep slip that would scare the heck out of anyone not familiar with the maneuver—like, say, my wife. She was wide-eyed but to her credit she never said a word.

Just as we got near the ground, I took out the slip and heard the sweetest sound: chirp, chirp, chirp. Three tires touching down softly with the prop frozen in place. I hit the master switch and an airplane somewhere above keyed up asking, “Eight-three-one Papa Zulu are you still with us?” I gladly answered, “Safe on the ground.”

I looked over at my wife, who had been quiet and peaceful looking the whole time, and that’s when the tears started flowing. She said she had been praying for the full 7 minutes it took to arrive where we now were standing, and that was the middle of nowhere on a more than 5,000-acre ranch. This old runway was surrounded by a 10-foot fence and it was now getting dark, with no cell service and not anyone or anything in sight.

An hour later a highway patrol officer drove up to the gate and helped us climb over the 10-foot fence, telling us we wouldn’t believe how hard it was to find this place back in the boondocks, through three different gates. As we walked to the top of a hill a sheriff’s deputy handed me a phone with a FAA representative on the other end anxious to know if we were all right and all the details.

A local sheriff’s deputy put us in the back seat of his car and took us to a town 18 miles away to get something to eat and a hotel room for the night. The next morning my awesome aircraft mechanic drove three hours from Wichita Falls and found a gasket had come unglued from the air intake box and got sucked into the carburetor, stopping airflow and killing the engine. A 50-cent rubber gasket had brought down our airplane.

We thanked God for getting us down safely and for giving me instructors who surprised me in the past by reaching over and pulling the power during flight, and made me uncomfortable by demonstrating how to perform a rapid-descent slip.

I’m also thankful my wife talked me into calling ahead and splurging on the extra 20 cents a gallon to have the airplane ready. If we had taken the 20 extra minutes to fill the airplane ourselves all this would have happened after dark and had a very different outcome.

A few things I’m taking away from this experience:

Tom Hildebrant is a pharmacist and private pilot living in Ringling, Oklahoma.