Get the app Get the app
News & Media Mentor Matters: Down cold

Prepping for your first ‘type’

As borders reopen and life returns to a more normal cadence, pilots have “stepping up” on their minds. Just like real estate, demand for used light jets is outstripping supply, with many airplanes sold before formally hitting the market. 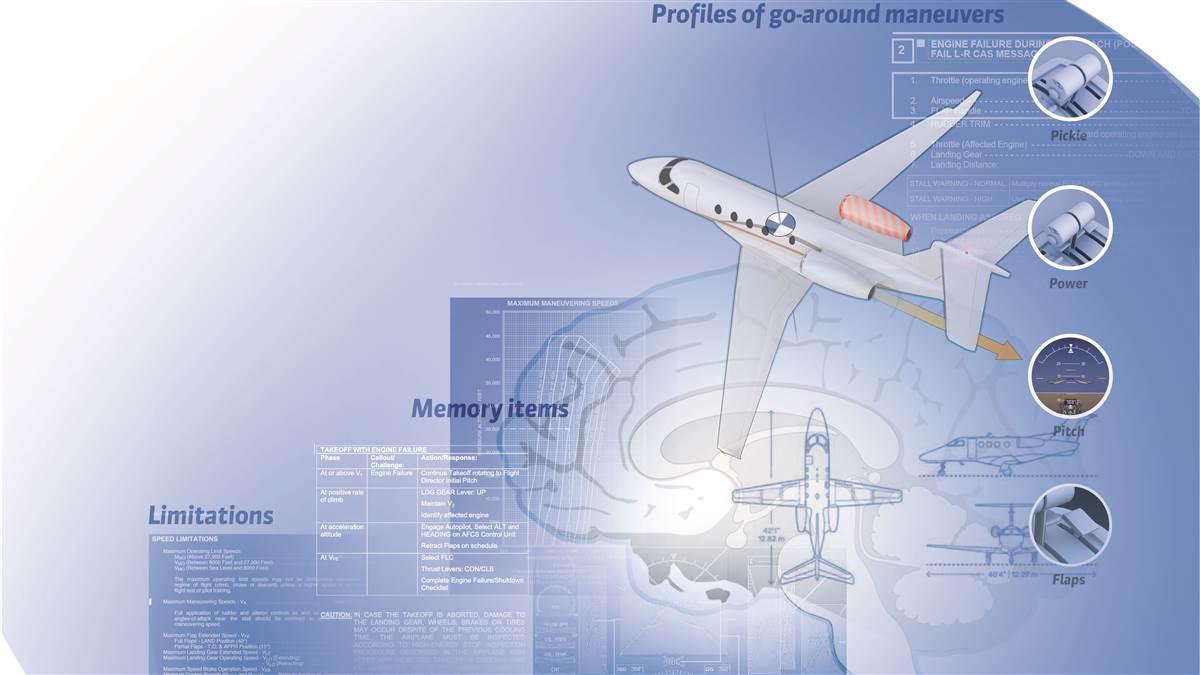 With the majority of these first-time jet buyers (based on admittedly anecdotal conversations) transitioning from pistons or turboprops, they’ll also be experiencing another first—their first type rating.

The challenge of achieving a type rating has become outsized in many pilots’ minds. In 15 years working with pilots planning their leap into the turbine world, I’ve lost track of the conversations where the appeal of not needing a type rating to step into a single-engine turboprop, for example, becomes a major factor in the purchase decision. Yes, getting a type rating—particularly for the first time, when the process appears shrouded in esoterica—is a challenge that must be given proper respect. With a strategic approach, however, the process is transparent, and achievable to any pilot willing to expend the necessary energy on study and practice.

Before attacking the specifics of their new airplane, though, pilots need to examine their own proficiency. The first simulator session will involve multiple approaches flown to minimums, and the expectation is that the pilot will have no problem doing so without an autopilot’s help. Many pilots who have owned a high-performance piston or turboprop for some time develop the habit of engaging the autopilot a few hundred feet after takeoff, and leaving it on until short final. Naturally, hand-flying skills and instrument scan atrophy in this kind of operating environment, and must be re-honed before starting type training. You’re not flying repeated ILS approaches in the sim to get better at approaches—you’re doing it to master myriad details of the new jet, and that will require all a pilot’s focus, with little left for relearning an instrument scan.

I frequently tell pilots that there’s no one hard thing about learning to fly a jet, but rather a million easy things that become overwhelming through sheer volume if not attacked methodically. Because of the large volume of material to be studied, the first rule of success is to start early. Pilots who show up on day one of type rating training, whether in-aircraft or in a simulator, with no prior preparation are frankly setting themselves up for failure. The two-plus weeks of initial training at a simulator school will often consist of eight- to 10-hour days of ground school, briefings, cockpit procedures training, and simulator time. Add in meals, down time, and sleep, and there’s often barely enough time to review what was covered during the day, let alone to spend the necessary time on the vast amount of material requiring memorization.

The pilot’s goal should be to show up on day one, having already committed rote-memory items to perfection. There’s an understandable tendency for pilots transitioning into their first jet to want to get their hands on the airplane flight manual (AFM) or pilot’s operating handbook (POH), flip right to the systems chapter, and dive in. This is not a productive use of time. The formal ground school will explain the systems far better, with animations and graphics, than a book ever can, and ample time will be dedicated to the material during the course.

On the other hand, you don’t need an instructor to understand the maximum gear extension speed, maximum takeoff weight, or any of the other seemingly thousands of numbers to be committed to memory. These are examples of the first body of knowledge that require only time to master: limitations. Taken from chapter two of the AFM, limitations are the “thou shalts” and “thou shalt nots” of the aircraft that must be obeyed. Besides pages and pages of numbers representing limiting speeds and weights, limitations encompass restrictions harder to put into a one-word answer, such as avionics restrictions on autopilot modes that can or cannot be used with various classes of instrument approaches.

The expectation is high for mastery of limitations. Some training courses consider limitations 100-percent recall items. Being unable to answer even one can result in an unsatisfactory oral exam. Given that limitations typically represent the largest volume of material to be mastered, they should be started as early as possible before training—ideally a month or more to allow for true memorization that sticks.

The next body of knowledge ideally mastered before training starts also requires only brute force repetition: memory items. These are the immediate actions steps for emergency and abnormal procedures that are to be performed from memory before pulling out the appropriate checklist. While some are only a step or two, others run to a dozen steps that must be performed perfectly without transposing or omitting any steps.

Given the demands of simply flying the airplane to such an exacting standard, the cues and actions need to be rock-solid in the pilot’s memory.While it might appear easier to master memory items than limitations, given the smaller volume of material to be memorized, the fact the memory items may be tested in the oral exam or the flight/sim portion complicates matters. It’s one thing to repeat the four or five engine fire memory item steps sitting at a desk during an oral exam. It’s another thing entirely when the examiner gives you an engine fire immediately after liftoff into IMC. A computer voice is yelling, “Fire! Fire!” red lights are flashing, all while the examiner plays an oblivious ATC and gives you complicated departure instructions. I’ve seen well-prepared pilots completely blank on memory items while also being tasked with flying the airplane, so the level of study needs to be very high. If there’s any difficulty at all performing a verbatim recall of all memory items while prepping, you’re not ready yet.

The final area to master before starting training is the most important of all—the aircraft’s profiles of major checkride maneuvers. The most demanding tasks that will be flown in the simulator or airplane require the precise execution of a dozen or more tasks, each cued by specific events. A single-engine go-around, for example, is typically the most procedurally complex checkride task as the pilot must clean up the airplane in a tightly prescribed sequence and navigate along the missed approach path while precisely controlling the airplane in all three axes. Too much or too little rudder, aileron, or elevator input will result in a checkride standard being violated.

Given the demands of simply flying the airplane to such an exacting standard, the cues and actions of the climbout and clean-up need to be rock-solid in the pilot’s memory. It’s easy to remember “Pickle, power, pitch, flaps 15” (hit the go-around button, push thrust levers up to detent, pitch to the flight director, bring flaps to the 15-degree setting) after practicing it in your easy chair a few times. Fly the profile, though, and just as you’re about to say “flaps 15” the asymmetric thrust of the operating engine reaching go-around power will yaw the airplane, necessitating vigorous rudder input. The result? Someone with “good enough” profile practice becomes distracted and forgets to bring the flaps up, while someone who relentlessly drilled the profile will automatically be retracting the flaps from force of habit.

A pilot who starts training with limitations, memory items, and profiles down cold will have a radically different experience than one forced to spend review time cramming all that rote information. Once you’re signed up for a type course, the training school will make reams of material available online. Simply reading at random isn’t likely to be any more successful than not doing any prep work at all. The best-prepared pilots will have spent targeted effort on memorization tasks—and be able to fully enjoy their ground school and simulator time.