Redesigning the most redesigned airliner

Following a nearly two-year grounding, Boeing’s 737 Max was cleared by the FAA to return to service in November 2020. Airlines began retrieving the beleaguered airplanes from their desert parking spots, eager to get them back to work as the fuel-efficiency champs they were designed to be. 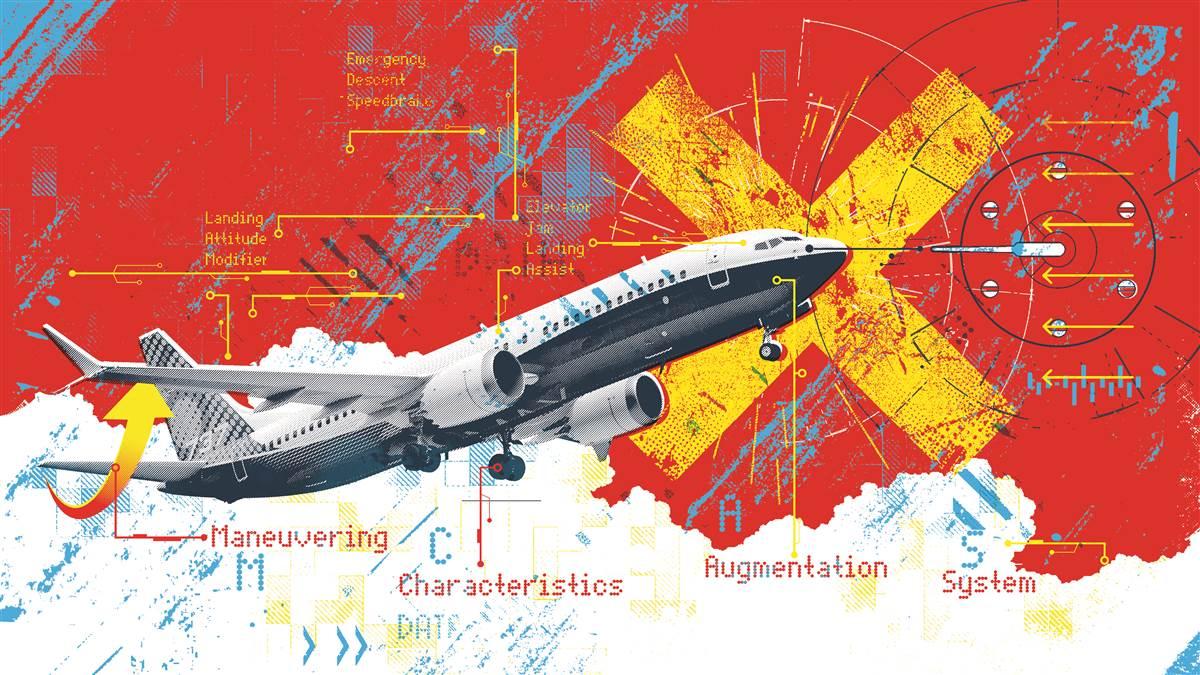 Books will be written about what led Boeing and regulators to loose the Max upon the world with critical design flaws that were a factor in two fatal crashes—one in Indonesia and the other in Ethiopia. Since then, however, the Max has become likely the most scrutinized airplane in history. The resulting changes, one hopes, should make the Max the safest airplane in the sky.

My airline recently sent me to FAA-mandated Max retraining. Unlike the first iteration of Max differences training when the airplane was introduced, this recent training would include a session in the Max simulator rather than just computer-based training followed by a knowledge test. Incidentally, the FAA issued an airworthiness directive against the Max in late April regarding an electrical bonding issue of a ground lug that should not have been painted at the factory. That issue is completely separate from the trim-system problems encountered with the crashes. It did, however, require another temporary grounding of many Maxes in the fleet in April and May as the fixes were required before further flight.

For background on the Max debacle check out the July 2019 AOPA Pilot, Turbine Edition article, “Stretched to the Max.” In that piece, I detailed the design flaws of the Max’s maneuvering characteristics augmentation system (MCAS) and expressed dismay that a system that could take full control of the stabilizer trim system was reliant upon only one angle-of-attack sensor. How could Boeing and aviation authorities around the world buy off on such a design? Again, that will be detailed in forthcoming books. In the meantime, how did Boeing fix the airplane?

The Max has become likely the most scrutinized airplane in history. The resulting changes, one hopes, should make the Max the safest airplane in the sky.Because the Max uses engines that are much larger than those used in the NG models, the engines had to be slung farther forward and raised to create enough ground clearance. This caused handling issues at high angles of attack. The difference was enough that it would require a new type rating rather than be covered under the current B737 type for the classic and NG versions of the airplane. A new type would greatly increase training costs for airlines and would likely send customers fleeing to Airbus.

Enter MCAS. The system rolls in nose-down trim at high angles of attack to make the Max behave like other 737s. Initially, however, Boeing neglected to disclose to pilots that the system even existed. Its reasoning for that was because procedures for recognizing a runaway-trim situation were already in place in previous 737 models. Whether the runaway is commanded by MCAS or some other fault, the remedy is the same—turn off the electric trim cutout switches.

My first round of Max differences training made no mention of MCAS. Only after the October 2018 Lion Air crash did information begin to come out regarding MCAS and its role in the crash. This was further reinforced after the March 2019 crash of the Ethiopian Airlines 737 Max. After that, the airplane was grounded.

MCAS has since been redesigned and greatly limited in its authority over the stabilizer rather than having free reign. It also relies on both AOA systems rather than just one. A comparator analyzes the AOA inputs and, if there’s a difference of 5.5 degrees or more, MCAS is disabled for the remainder of the flight. Finally, MCAS can only operate the nose-down trim once during a high-AOA event. Another change is that stick-shaker activation in the Max will automatically disconnect the autopilot, unlike that of the 737NG.

To explore the modifications made to the Max we virtually flew around Seattle-Tacoma International Airport in the simulator. After a normal takeoff, we cleaned up the flaps, engaged the autopilot in heading and altitude hold, disconnected the autothrottles, and brought the thrust levers to idle. As with any airplane, the trim dutifully rolled nose-up to maintain altitude at the slower speed. But as we neared the stall, the speed-trim system, of which MCAS is a component, started trimming nose down. MCAS activation is signified by its faster trim rate when the flaps are up. Unlike the NG, when the stick shaker fired, the autopilot automatically disconnected. Since the stabilizer was already trimmed nose down, the nose dropped and the airplane didn’t stall. To make the airplane stall, we had to haul back on the yoke manually working against all the trim the airplane had rolled in.

We then explored a runaway-trim condition, which preceded the Lion Air and Ethiopian crashes but was not correctly dealt with by the pilots, leading to an extreme untrimmed condition. New memory items and procedures are in place to identify the condition and deal with it. If the steps are done properly and in a timely manner, the airplane doesn’t end up too far out of trim at all. An extreme out-of-trim condition in any 737 model can create loads so high that the stabilizer is essentially immovable. In such a case, the only ways to deal with it is to unload the tail via maneuvering (the roller coaster technique) and to reduce airspeed and therefore load on the stabilizer.

Another demonstration simulated the loss of AOA on one side leading to stick-shaker activation right at rotation. The Ethiopian Max accident, some investigators say, was precipitated by a bird strike at rotation that took out the captain’s AOA vane. One way or another, faulty AOA information led to the captain’s stick shaker activating at takeoff and the captain was the flying pilot on that leg. This situation leads to “AOA disagree,” “IAS disagree,” and “Alt disagree” messages on the PFDs.

In our demonstration, we recognized the condition and ran the Airspeed Unreliable memory items and were quickly able to isolate the faulty information by cross checking the other pilot’s instruments and that of the integrated standby flight display. The weight of two sources against one and all of the visual and tactile clues made it clear where the fault lay, and we transferred control of the airplane to the pilot with the correct information.

As always, having these issues crop up in a simulator bolted to the ground is different than the real McCoy and the startle factor that comes with it. Bottom line, the pilots involved in the accidents were faced with a runaway-trim condition and failed to react to that condition properly by cutting off power to the stabilizer trim system in a timely manner. (At one point, the Ethiopian pilots did turn off the stabilizer trim and attempted manual control. Because of the severe out-of-trim condition, however, they couldn’t budge the trim manually, so they turned the stabilizer trim back on, which sealed their fate as the runaway resumed.) In both accidents, the trim runaway was allowed to go on so long that the airplanes became uncontrollable. Completing runaway trim procedures in a timely manner would have averted the crashes. A poor design and pilots not familiar enough with the airplane’s systems were a deadly combination.

On a positive side, the redesign of the Max brings some welcome technology to the venerable 737. For the first time, the cable-and-pulley design has some fly-by-wire elements in the form of spoiler augmentation to enhance handling characteristics. Active spoilers feature:

In the cockpit, the Max uses the same 15-inch LCDs from the 787 and employs a runway awareness system to alert the crew of potential runway incursions. Other minor improvements include the addition of a glareshield-mounted push-to-talk and chronograph button. As I get more time in the airplane I hope to discover more of its improvements.

I hate to make predictions but I think Boeing’s belt-and-suspenders approach will ensure a similar Max crash never happens again. MCAS has been rightfully hobbled and stripped of its previous overreaching authority. The checks and balances of the redesigned systems give me confidence that Boeing has put this issue behind it. With the redesign of the trim system, the handling improvements, and the efficiency of the new engines, the Max has extended the world’s most popular airliner’s reign by another few decades.