Get the app Get the app
Already a member? Please login below for an enhanced experience. Not a member? Join today
News & Media MyGoFlight's Charlie Schneider dies after Cirrus crash

MyGoFlight CEO Charlie Schneider has died following the December 16 crash of a Cirrus SR22. Early reports indicate that the Cirrus was on approach to McGhee-Tyson Airport in Knoxville, Tennessee, when it encountered difficulty. The CAPS ballistic parachute was deployed, but the airplane crashed and was destroyed by fire. Schneider died after being taken to a hospital and the other occupant remains injured. 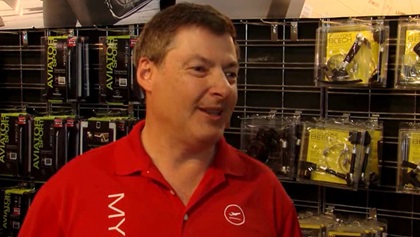 Schneider, a pilot and software engineer, established MyGoFlight Products and the company has been selling innovative, high-quality lines of merchandise for general aviation airplanes for several years. These include power systems, cockpit mounts, luggage, flight bags, iPad cooling systems, and most recently, the company’s SkyDisplay Head-Up Display (HUD). The SkyDisplay, intended for piston and light turbine singles and twins, earned FAA supplemental type certificate approval in June. Many orders for the diminutive yet feature-packed HUD have been placed—19 of them even before the STC. The $29,000 SkyDisplay has most of the features common to the $500,000-plus HUDs used in large business jets and airliners. (Read more and watch a review of the SkyDisplay.)

Although final accident reports will require time for analysis of the events surrounding the crash, an early assumption is that Schneider was demonstrating the SkyDisplay and encountered wake turbulence.

A driven inventor, Schneider was as soft-spoken and genteel as he was prolific. His death is a loss to those of us here at AOPA as well as the entire GA community. More details about the crash will be provided as updates are posted.