Get the app Get the app
Already a member? Please login below for an enhanced experience. Not a member? Join today
News & Media Giving Back

As told to Julie Summers Walker

After retirement in 2002, a mission more meaningful than flying to the next $100 hamburger was calling retired U.S. Navy Cmdr. Ron Cuff. 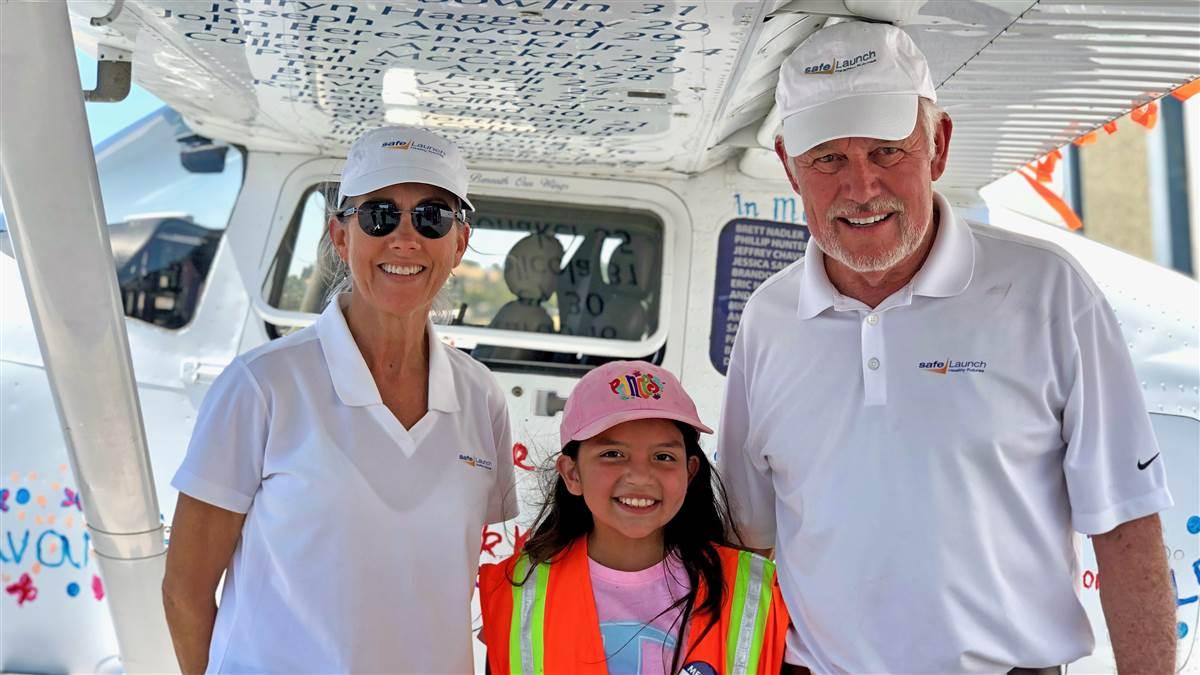 Jon Cuff, one of the artists, Janet Rowse. Photography courtesy of SafeLaunch. 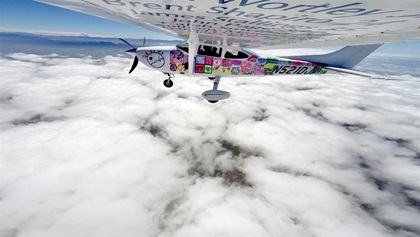 He’d had a storied career serving as a primary instrument, aerobatic, and formation flight instructor; a Grumman C–2 Greyhound pilot delivering VIPs, passengers, and supplies to aircraft carriers in the Western Pacific; and a P–3 Orion mission commander testing the Harpoon and Tomahawk systems at the Pacific Missile Test Center at Point Mugu, California. In 2006 he purchased a 2000 Cessna 182 Millennium Edition. “I like vanilla, so I stripped the stripes off creating an all-white airplane and a blank canvas, the value of which would soon be realized,” he said. Cuff co-founded the nonprofit SafeLaunch.org with two other California parents in 2010. 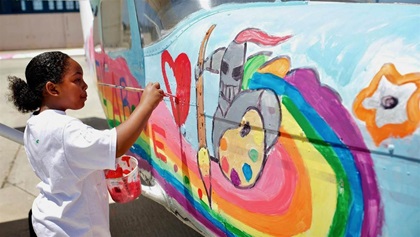 SafeLaunch promotes the prevention of drug and alcohol abuse. A 501(c)(3) nonprofit, SafeLaunch exhibits at airshows, fly-ins, and other events with the financial and in-kind support of many businesses and individuals. To date, SafeLaunch has flown 54 “Flights Above Addiction” missions nationwide. Cuff and his co-founder Janet Rowse address the issue that nine out of 10 people suffering from substance abuse started using alcohol or other drugs before age 18. Using the aircraft as a canvas, parents who have lost a child to substance use, and youth with their bright futures ahead of them, are invited to paint on the airplane. 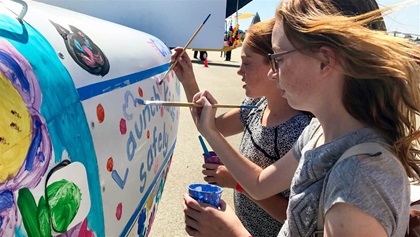 In 2018, Rowse and Cuff flew from California to Massachusetts, a state recognized as one of the epicenters of America’s overdose epidemic, which kills nearly 80,000 Americans every year. First, in Erie, Pennsylvania, and then in Chicopee, Massachusetts, they met dozens of parents devastated by the death of a child. “It’s imperative that people recognize the astounding loss of young life we are experiencing, stop treating addiction like a moral failure, and take action to protect the next generation,” he said.

“We tell the kids at airshows that a great life is like a great flight,” Cuff said. “Train for it; plan for it; and fly straight to your target. Most important, don’t experiment with drugs or alcohol, because they will take you off course, and possibly ruin your life.”

Most pilots aren’t crazy enough to let thousands of people touch, let alone paint their airplane, but Cuff said he can’t think of a more important mission. (For all of you who are wondering if the paint washes off, the answer is yes.) “When children get up close to the airplane, paint her fuselage, and sit inside her cockpit, they begin to experience what all pilots know: the thrill of flight that comes from the opportunity to see the world at altitude. Thinking about flying stimulates their imagination and gives them something to dream about.” 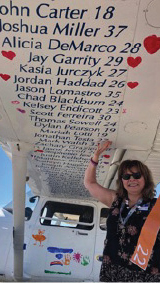 SafeLaunch.org has several programs. Flights Above Addiction provides a unique way to connect with families across the country. According to the website, from the children who find joy painting an airplane to the parents whose children are memorialized on the aircraft, Flights Above Addiction touches many hearts. Wind Beneath Our Wings is a living memorial to those who have lost their lives to addiction. The SafeLaunch co-founders fly a Cessna to aviation events where youth are invited to paint their dreams on the sides of the airplane.

Ready to give back?

Find a list of nonprofit and not-for-profit organizations that need help from general aviation pilots. From animal rescue to organ transport, flying sick patients to hospitals for treatment in developing nations, flying dentists and doctors into remote areas to delivering life-saving blood and platelets (see “Giving Back: Bloodline,” p. 58), GA gives back, and you can be part of the change.