The not-so-glorious glory days of the past

As I write this, I am rapidly approaching the date that will mark 30 years as a certificated pilot, and a little more than 31 since my first flight in a fabric-covered Piper Colt that has probably long since been removed from service. 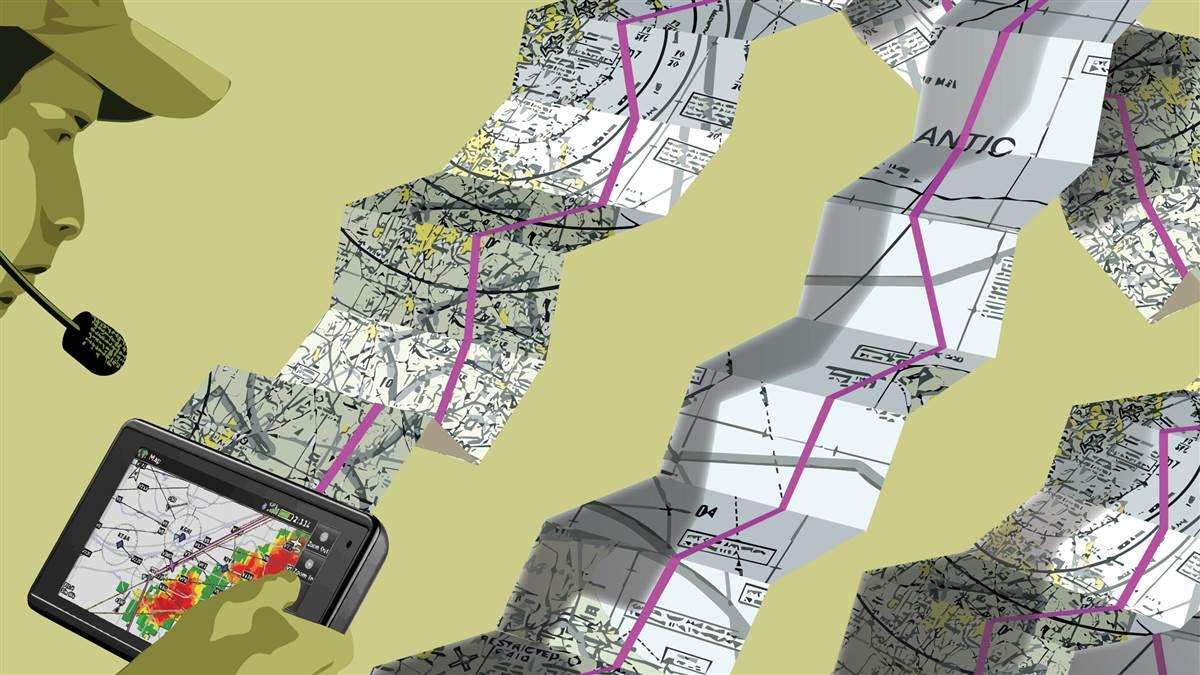 Looking back, it’s almost unfathomable the changes that have taken place not just in aviation, but in life, especially with regards to the pros and cons of technology. At the risk of sounding like the old man my kids say I am, or of living in the not-so-glorious glory days of the past, I can’t help but look back at what was and is, with the inevitable intersection of aviation and life in general.

One of the first things that comes to mind is in the way the FAA designates airspace. The modern system of Class A through G (minus F) is a far sight simpler than the old nomenclature that I worked so hard to memorize: There were terminal control areas (TCAs), airport radar service areas (ARSAs), terminal radar service areas (TRSAs), positive control areas (PCAs), and more. But no negative control areas, which I suppose could be the airspace/land connection where a crash is occurring, but I digress. Warning areas, military operations areas, prohibited areas, and restricted areas survived the transition to the new areas, but transition areas did not.

In 1993, the United States joined the rest of the world in simplifying to the current system. Some of the rules changed as well, but even though the system was simplified, pilots still found ways to violate the rules, which is probably why the FAA left the letter F for us to use to our own devices. I can recall being frustrated that I had spent so much time working to understand the old system that it didn’t seem fair that the next generation would just have six letters to learn. But in the end, the new system is better, simpler, and takes up fewer questions on a written exam.

Speaking of written exams, none of them are written anymore. They are all computerized. I took at least two pencil-and-paper exams, and the multi-week wait to get my results was excruciating. When I took my commercial test, I couldn’t wait to take it on a computer, with instant results and no concerns about getting in trouble for writing in the test book or accidentally filling in two bubbles on the same line. And yes, back then, you would actually take a functioning E6B “Whiz Wheel” to the exam, which, in my class, was inspected by the proctor to make sure that I hadn’t written any secret info on it somewhere.

In fact, back then, ground schools—groups of people in a classroom—still existed, and took place on a regular basis. A good flight school had a new session starting about every six to eight weeks, and had no problems filling them. Bad schools probably did too, which is how they stayed around. Studying everything at home or watching the Kings talk about everything that could wreck your whole doggone day was just beginning to come into vogue, if you had a decent VCR.

Most of these changes and more, have been for the better.  Some, not so much. Aviation is safer, less risky, and probably more useful than ever, thanks to modern airplanes and avionics.We spent a lot of time learning how to navigate with VORs and NDBs. VORs were pretty easy to understand, but learning the concepts in a book was, for me, like hitting a brick wall. However, once I saw it in the airplane, the problems in the books became easy-peasy, and I thought the VOR was the greatest thing since ice cubes in the summer. And until then, it was. The NDB, on the other hand, was the devil’s work, because the signals were so unreliable, and, for reasons that I still can’t explain, I had a major problem understanding them from one flight to the next. That said, when I finally had to do them for real, I couldn’t understand how I’d made them so hard, but I’m still glad they’re gone. And I never had to deal with the old four-course ranges and cones of silence. But I do miss being able to listen to a football game while flying. In fact, you could buy (or copy or steal) cards that had a list of all the AM stations around the country that you could listen to in your airplane.

But loran and RNAV (Area Navigation) had teased the possibilities of better things to come. I read about (but never saw or used) an MLS (microwave landing system), which never did get off the ground. But the game changer was GPS, and the excitement of what it could offer made us giddy. Early versions were crude by today’s standards, and you had to have an engineering degree to understand the manuals and the instructions for half of them, but, boy, oh, boy, did they change the game. One of the first portable units I saw was bought by one of my students, and it was the size of an early iPad. Panel mounts came along quickly, and all of a sudden, loran and RNAV went from being gotta-haves to yesterdays’ news.

Programming an old Garmin panel-mount required enormous patience and time, but it was the coolest thing to watch it work. And when the color screens came along…well, what more could we ask for? In no time flat, the general aviation world of avionics was running circles around the airlines, which had never happened before.

Weather briefings were a different animal, too. Most new pilots today will never set foot in a flight service station (FSS), which is a shame. There was a bond between pilots and briefers, and even though VFR was almost never recommended, they could break down the weather into understandable English, and prog charts could almost make sense. Almost. We used to joke at my airport that the instrument pilots were the ones trailing reams of paper behind them on the way to the airplane as they tried to corral their weather printouts.

Headsets have also undergone a dramatic change. David Clark still makes some of the best in the biz, but the days of feeling like your head is in a vise are over. Headsets are light, noise-canceling is commonplace, and with Bluetooth, you can listen to Jimmy Buffet while splashing around in a seaplane or when cruising the flight levels at 2 o’clock in the morning. Speaking of flight levels, we used to only have flight levels in 2,000-foot increments (18,000 feet is flight level one eight oh) when flying above 28,000 feet, but thanks to RVSM (more technical gee-wizardry), they went to flight levels at 1,000-foot increments, so saying flight level three six oh sounded…weird. But the gains in efficiency in the airspace were worth a little weirdness.

Most of these changes, and more, have been for the better. Some, not so much. Aviation is safer, less risky, and probably more useful than ever, thanks to modern airplanes and avionics. But certain jobs—ask a former bank check hauler about this—have been lost for good because of new laws and the internet. That’s better in a technical sense but losing a whole industry of jobs is always hard. That said, I don’t miss the days of PCAs and TCAs, but I wouldn’t mind showing off my NDB skills just once more. But only once.