Get the app Get the app
Already a member? Please login below for an enhanced experience. Not a member? Join today
News & Media Wx Watch

Inside IBM’s The Weather Company

When pilots obtain weather information, they may not think much about where it originates. 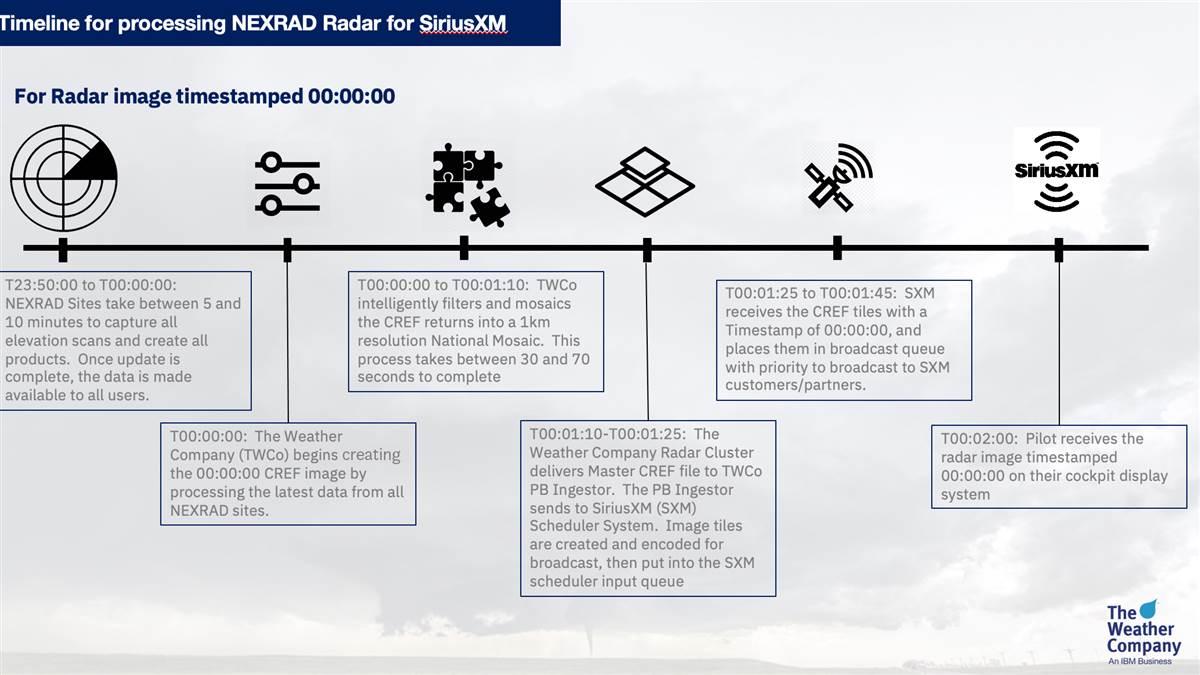 This timeline shows how The Weather Company and SiriusXM team up to produce radar imagery in the cockpit. It all begins with collecting imagery from the nation’s network of ground-based NEXRAD Doppler weather radars. Next, The Weather Company mosaics the composite reflectivity (CREF) returns to fill in any gaps in coverage. Then “tiles” of this imagery are created for broadcast and sent to SiriusXM, which sends the final product via datalink to its customers’ receivers and display. And all of this happens in two minutes. The Weather Company

Datalink weather is incredibly reliable, but pilots should be vigilant to correctly interpret the radar image they see on their screen. Always verify the time stamp, and never use datalink weather to weave your way through convective activity. Often, if the weather out the windshield is not what the pilot expects from the datalink, it’s not that the radar image is incorrect; it’s the pilot’s misunderstanding of the timeline. —Ed.

Sure, we’re all familiar with the government’s Leidos Flight Service-provided briefing products via 800-WXBRIEF, 1800wxbrief.com, and flight service frequencies, plus the weather services provided by Garmin Pilot, FltPlan.com, and ForeFlight. But there’s a whole world of weather services out there, and weather is a big business.

So big that corporate giant IBM has bought into the weather business. In 2016, IBM bought The Weather Company (TWC, not to be confused with The Weather Channel, which we’ll get to in a bit)—aptly named because of its wide range of weather-related business units, including what was previously named WSI Corporation. IBM provides weather forecasts and other products out of its eight forecast offices around the world. The main office is in Andover, Massachusetts, where 14 forecasters work. Others are in Atlanta; Seoul, South Korea; Tokyo; and Birmingham, England. These offices serve clients in their regions, including, from the Birmingham office, Eurocontrol. Some forecasting units are embedded in airline flight dispatch offices, such as United Airlines’ in Chicago; JetBlue’s in New York; and American Airlines’ in Dallas.

Making use of IBM’s computing power and artificial intelligence (the “Watson” component we hear about), The Weather Company puts out terminal aerodrome forecasts (TAFs) for airports all over the world, updating them in five-minute intervals using 100 different weather models as well its own proprietary model—IBM GRAF (global high-resolution atmospheric forecasting). In all, TWC puts out forecasts for 2.2 billion locations around the globe—every 15 minutes.

Another TWC asset is TAPS—the Turbulence Auto Pirep System. TAPS is a turbulence information-sharing system between some 1,000 participating aircraft and a TWC algorithm. Using an airplane’s Aircraft Communications Addressing and Reporting System (ACARS) datalink messaging service, TAPS compares forecast with real-time turbulence, generates turbulence updates, and sends them back to the participating aircraft for more accurate predictions affecting their routes.

Some pilots may recall using WSI’s Pilotbrief online weather and flight planning website in times past. Along with TAPS, it too was snapped up in the 2016 IBM-TWC deal. Today, Pilotbrief is marketed as WSI Pilotbrief Optima, and is available on the internet as well as in iPad or other electronic flight bag formats, as well as to FBOs. Oh, and an adaptation of Pilotbrief Optima is used on AOPA Weather (aopa.org/wx).

Buying TWC also gave IBM the Weather Underground (“Wunderground”) app, a crowdsourcing feed that collects data from more than 100,000 personal weather stations. TWC feeds this data into both the app and its models.

SiriusXM Aviation’s Dave Hubner says the company’s datalinked composite radar imagery is updated every 2.5 minutes on the display in the cockpit. He says this update rate is five to 15 minutes faster than the government’s FIS-B composites radar refresh rate, and provides more accurate and timely identification of radar returns.

SiriusXM, by the way, is a publicly traded company owned by Liberty Media Corporation. It was not part of the IBM-TWC purchase. Think of it as connecting TWC/IBM, through SiriusXM Aviation weather, to its pilot/customers.

We’ve covered a lot of territory in the weather business—and it’s only the aviation portion run by The Weather Company, SiriusXM Aviation, and Baron Services. Think of the weather services needed by the vast agricultural, industrial, media, recreational, and insurance segments. Of course, The Weather Company isn’t the only supplier of weather data. There are plenty of competitors, but the company says it was determined to be the overall most accurate provider globally by ForecastWatch, a premier organization for evaluating the accuracy of weather forecasts. 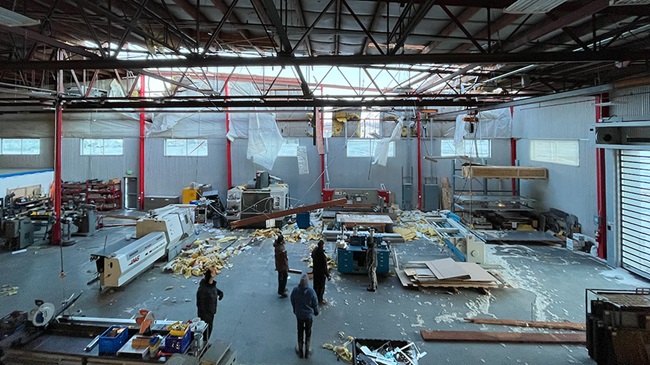 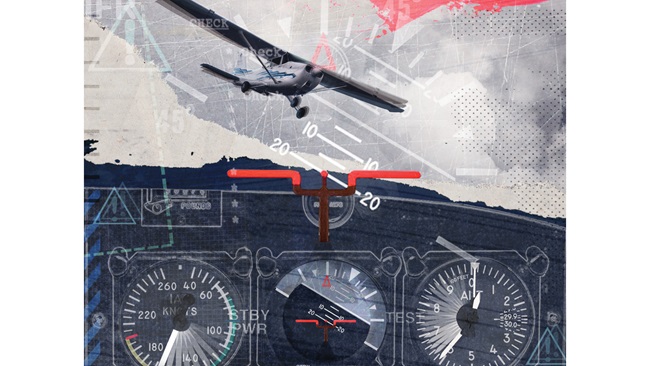