Get the app Get the app
Get the latest news on coronavirus impacts on general aviation, including what AOPA is doing to protect GA, event cancellations, advice for pilots to protect themselves, and more. Read More
Already a member? Please login below for an enhanced experience. Not a member? Join today
News & Media Training Tip: The game of the name

As you enter the traffic pattern to land at your cross-country destination, does it strike you as odd that this airport and another one around here have identical runway bearings and the same assigned common traffic advisory frequency—and right now, both have a light twin turning final? 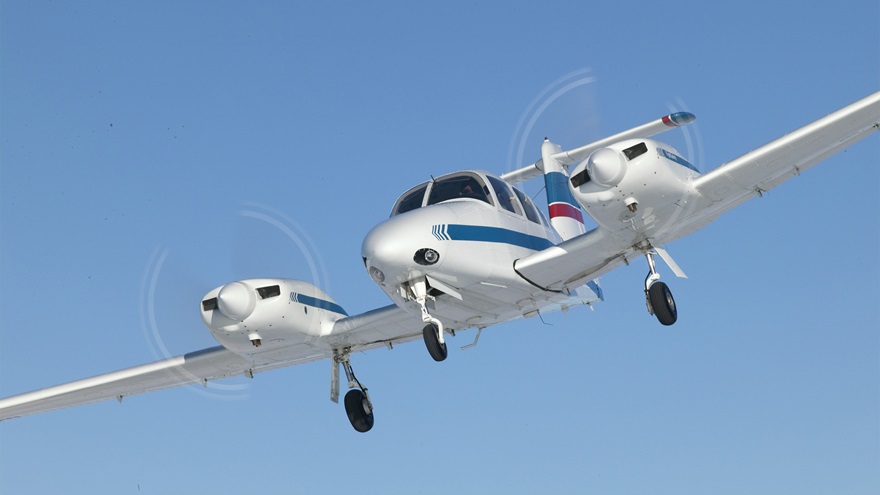 You spotted “your” twin down low—no factor—and you hear the other making position reports at the airport with a different name. But it feels all wrong.

If a developing scenario seems strange or unlikely, it’s time to sit up straight, review the big picture, and focus on see-and-avoid.

Miscommunications leading to traffic conflicts have arisen from something no more complicated than pilots using different names for the same airport in their radio calls. Airport names do get changed from time to time—municipal airports grow into regional airports, or a prominent citizen’s name is appended—but not everyone adopts the change or can break old habits.

The discrepancy could cause an unfamiliar pilot to think that an aircraft is flying at a different airport, and not a factor, when the opposing aircraft is too close for comfort.

A near-collision mentioned in a filing with the Aviation Safety Reporting System illustrated a transient pilot’s confusion on arriving at an Ohio airport where some pilots were calling in using the airport’s new name, which had not yet been officially published, and others were broadcasting the airport’s familiar-but-obsolete identification.

A private pilot applicant is expected to demonstrate ability to maintain situational awareness and proper spacing from other aircraft in the traffic pattern.

“One other transient aircraft appeared to nearly have a collision taking evasive maneuvers,” the pilot noted, adding, “He later said over the frequency, ‘Sorry I haven't been here before.’”

According to a local newspaper report from June 2019, airport renovations and growth had prompted officials to rename it in recognition of its “real purpose.”

It doesn’t take a name change to complicate an airport’s on-air identity. Some airports simply have long or compound names that pilots condense for brevity on the radio.

I instructed at a Maine airport named for both a town and a county; local pilots tended to begin their CTAF broadcasts with the town name; out-of-state visitors were more likely to address themselves to the county.

The name of the game for safety was to never assume that everyone understood, as the kids in my old neighborhood used to say, that it was the “same difference.”