Get the app Get the app
Get the latest news on coronavirus impacts on general aviation, including what AOPA is doing to protect GA, event cancellations, advice for pilots to protect themselves, and more. Read More
Already a member? Please login below for an enhanced experience. Not a member? Join today
News & Media Training Tip: A pitch for no-flap landings

Excuse us a moment, Cessna 120 pilots, Aeronca champions, and others for whom flying with flaps is a fictional formulation while we address the population of student pilots for whom flap-equipped aircraft are a fact of life. 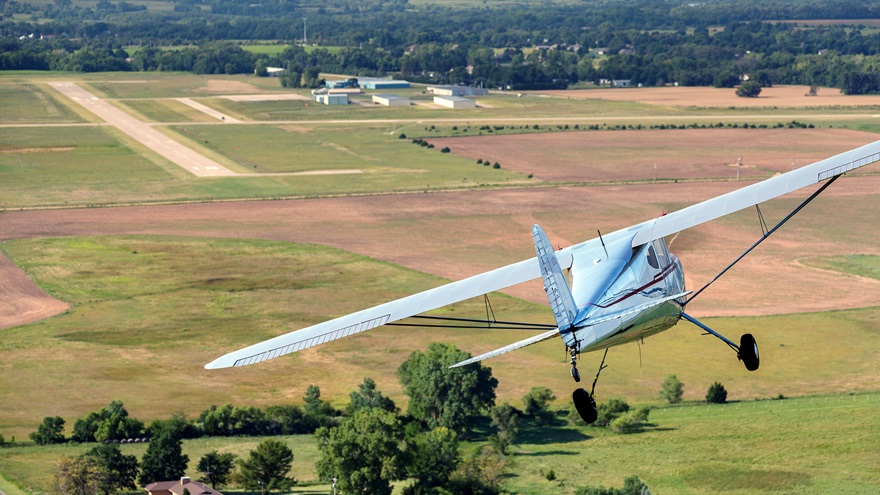 Ideally, those pilots in training will receive enough exposure to flap-free flying to become comfortable slipping into your world in the event that someday they find their flaps frozen, failed, or forbidden.

They will learn that what they are training to achieve in flap-equipped aircraft by mechanical as well as aerodynamic means are skills you accomplish exclusively by subtle combinations of power and pitch and the artful manipulation of drag.

Of course, flaps are fantastic when functioning, but they do fail, so it’s worthwhile to fly frequent flaps-up approaches to fine-tune your faculties.

More than one failure mode is possible. Flaps might simply fail to extend, or—more challenging for aircraft control—they might extend asymmetrically. If you are successful retracting them, continuing to a no-flaps landing would likely be the best option.

Performing a forward slip can help you lose altitude without increasing your final-approach airspeed when landing the aircraft without using wing flaps.

Absent mechanical or electrical difficulties with the flaps, aerodynamic scenarios could arise when a pilot flying a flaps-equipped aircraft would find it favorable to forego flap extension. An inadvertent encounter with freezing rain or another form of airframe icing could call for deferring the use of flaps, for instance.

Why leave flaps up? According to Step 8 of the emergency checklist for an inadvertent icing encounter in a Cessna 152: “Leave wing flaps retracted. With a severe ice build-up on the horizontal tail, the change in wing wake airflow direction caused by wing flap extension could result in a loss of elevator effectiveness.”

That hazard—a change in airflow over the horizontal tail—is also why some manufacturers recommend avoiding the use of flaps when performing a forward slip to a landing, which is a maneuver you can expect to demonstrate on your private pilot practical test. On the checkride, your designated pilot examiner will be pleased to note that you are familiar with the task’s risk-management elements, including understanding that the slip can affect “fuel flowage, tail stalls with flaps, and lack of airspeed control.”

Making the adjustment to unfamiliar pitch attitudes and sight pictures during landing can be the most pronounced part of the transition for pilots of flap-equipped aircraft working to master no-flaps landings.

Fix that flaw and find your way to finesse.