Get the app Get the app
Get the latest news on coronavirus impacts on general aviation, including what AOPA is doing to protect GA, event cancellations, advice for pilots to protect themselves, and more. Read More
Already a member? Please login below for an enhanced experience. Not a member? Join today
News & Media Historic partnership

Breitling is synonymous with aviation

It was 1884 and innovation was a worldwide phenomenon. Everyone, it seemed, was creating and inventing products that would change the world. 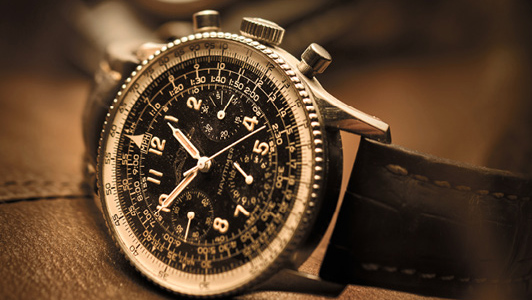 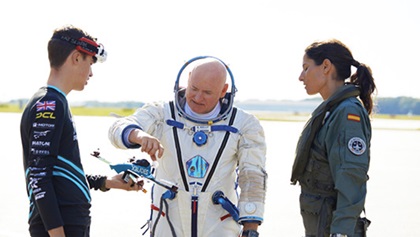 In 2020, Breitling introduced its Aviation Pioneers Squad. It is made up of three individuals who represent different aviation disciplines but who all define a new age of adventure in the air: Scott Kelly spent a year of his life looking down at the Earth from the International Space Station (ISS); Commandant Rocío González Torres has logged more than 1,000 hours of flight time in a fighter jet and is a role model for girls and young women determined to conquer the skies; and Luke Bannister excels in a new aviation discipline—he won his first World Drone Championship at the age of 15 and has been on a winning course ever since. “No watch brand in the world has a more impressive and enduring link to aviation than Breitling. All three of the members of the Breitling Aviation Pioneers Squad define an incredible new age of adventure in the air,” says Breitling CEO Georges Kern. “Breitling celebrates the collective spirit of those united in pursuit of their mission. Fueled by camaraderie and driven by purpose, we accomplish more together than we could alone. The Aviation Pioneers Squad launches the new Breitling Avenger collection, which reinforces the unparalleled pioneering status that Breitling has as the world’s leading maker of aviation-related and pilot’s watches.” breitling.com

DETAILS
$255,000: Cost of one of only 50 diamond-studded, limited-edition Breitling Bentley Flying B watches ever made.

Industry, science, and sport were all progressing at a furious pace. Observing this, Swiss watchmaker Leon Breitling became obsessed with aviation. He watched as the Wright brothers took to the skies and he knew the world would need more precise and accurate timing methods.

During World War I, Breitling introduced a piece of technology to pilots; they needed an easy-to-use timer that freed their hands for takeoff. Pocket watches were in vogue at the time, but their fobs and chains were cumbersome for the chaos of the cockpit. Breitling’s innovative solution: the world’s first wrist-worn chronograph with a push piece separate to the crown.

Willy Breitling took the helm of the brand his grandfather had founded and established the Huit Aviation Department in 1938. Fully aware of the strict requirements for military and civil aviation, its name—the French word for “eight”—reflected the eight-day power reserve offered by many dashboard clocks and other chronometric instruments, including the wrist chronographs Breitling was developing for aviators. In addition to power reserves and readability, these onboard chronographs were distinguished by their lightweight cases. The Huit products attracted the attention of military aviators and, as World War II loomed, the Huit Aviation Department received an order for chronographs from the Royal Air Force.

As Europe was plunged into darkness, the Nazis surrounded Switzerland and blocked the exportation of products, especially items that could be used in the war effort. This included Breitling timepieces. Willy Breitling and a group of friends drove to a field near the Breitling plant and set up a makeshift runway using their car headlights. The airplanes were loaded with the timepieces and took off—all without the knowledge of Nazi intelligence. To provide himself with an alibi during these midnight raids, Willy would go home via a local bar and make himself conspicuous. This occasionally put him in the drunk tank, but the watches and cockpit devices ended up in Allied hands.

Because of its founders’ passion for aviation, Breitling has been a longstanding contributor to the flying world. From its reliable and precise watch designs, its evolution from watch fobs to wrist-worn, and its love of the excitement of aviation in its sponsorship of exciting world events such as its French jet team performances, the Breitling Orbiter (the first balloon to circumnavigate the globe), sending a Breitling watch into space with Scott Carpenter in 1962, and more, Breitling has long celebrated aviation.

Breitling is now a premier partner with AOPA. The AOPA-Breitling partnership spans more than 65 years, since 1954 when AOPA selected the Breitling Navitimer as the official watch of

This article includes excerpts from the Breitling historic collection. 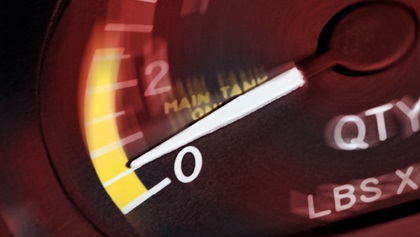 There’s no way to be totally ready for every emergency, but there are ways to significantly improve your odds of surviving one. Preparation predicts performance. A NASA study of airline crew performance found that 85 percent of “textbook” emergencies—those that the crews had trained for—were handled well, while only 7 percent of “new” emergency situations were handled with the same degree of success.

While we can’t avoid the slim possibility of a “new” emergency, many emergencies are avoidable because they’re set in motion by the pilot (pilot error). Too often, pilots fly into avoidable scenarios, like icing conditions, thunderstorms, fuel exhaustion, and VFR into IMC—sometimes leading to an accident. That these accidents are largely preventable makes their associated fatalities and destruction even more painful.

There I Was...: Gear-up landing 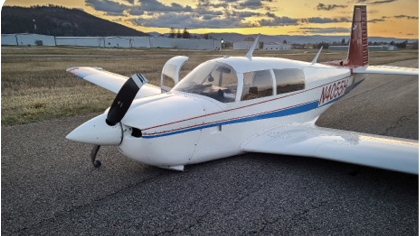 In this episode we talk to Todd Clark, a 700-hour pilot based in beautiful Kalispell, Montana. Clark experienced a gear-up landing in his Mooney M20J, and he joins ASI to talk about the day’s events that led up to the incident.

But if you manage risks wisely and maintain real-time awareness of what you can and can’t control, you’ll reduce the probability of an emergency. You can’t control the weather, but you can choose your route. You can’t significantly modify your fuel burn in unexpected headwinds, but you can control when and where you land to refuel. Practice good aeronautical decision making: You’ll be less likely to have an emergency and more able to cope with one.

Here are some key points to consider before each flight to help you prepare for an emergency:

Other critical factors in surviving an emergency are attitude and a commitment to never give up. In the summer of 1994, Kerry McCauley, an international ferry pilot now with more than 30 years of experience, was flying over the North Atlantic to Paris in a new Bonanza F33 when he discovered an issue with his auxiliary fuel tank. The problem? No ram air—the fuel wasn’t moving. The solution? Pressurize the tank via lung power. For eight straight hours McCauley was alone, over the ocean, in a single-engine airplane, with only his will keeping him aloft and alive.

McCauley’s commitment to his own survival is what kept him alive when he could have given up. His grit and determination are good lessons to all pilots that even in a seemingly hopeless situation—like flying solo over the Atlantic—there can be a positive resolution.

Powerful suite of flight planning tools on your mobile device 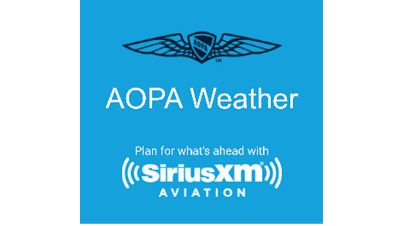 The new AOPA Weather, delivered by SiriusXM Aviation, provides national and airport-specific data in a mobile-friendly format that makes it perfect for checking weather on the go—even via the AOPA app. The upgrade is the latest in a series of flight planning tool improvements AOPA made in 2020 to serve you better. In April, iFlightPlanner debuted, replacing the legacy flight planner. In September, the AOPA Airports and Destinations Directory was added to an upgraded AOPA app, making the data downloadable for use offline. Consolidation of AOPA GO into the AOPA app was announced in November.

Now, in another enhancement, AOPA members can access the new mobile-friendly AOPA Weather and iFlightPlanner for AOPA via the AOPA app as long as you are connected to the internet.

“These upgrades make our powerful suite of flight planning tools—weather, flight planning, and airports database—available from your mobile device. We specifically tailored these upgrades to make it easier for you to plan your flights on the go,” said Jiri Marousek, AOPA senior vice president of marketing. “As pilots, we need to be flexible, and we wanted our flight planning tools to be just as flexible so that you can access them whether you are at home, at the airport, or enjoying an outing at a new destination.”

AOPA Weather pulls in your home and favorite airports from your settings in the AOPA Airports and Destinations Directory, but you can also set your home and favorites from AOPA Weather by clicking on the “Home” and “Heart” icons within the METAR and TAFs details for an airport. If you haven’t already selected a home or favorite, you can search by entering the airport identifier.

Weather layers, weather charts, and forecasts are delivered by SiriusXM Aviation. Get radar, satellite, wind stream, surface winds, and surface analysis charts in the Current Weather Layers and Current Weather Charts sections. Layer radar, satellite images, and the wind stream for a detailed big-picture view of what’s happening across the country. Turn off those layers to then check surface winds or the surface analysis.

In the Forecasts section, you can choose among a surface forecast, airmets, or sigmets. The three cannot be overlaid. However, within airmets, you can layer mountain obscuration/IFR areas, turbulence, and icing/freezing areas. 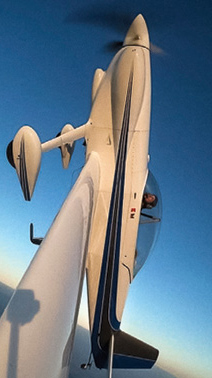 Tag @flywithaopa for your chance to be featured on this page. 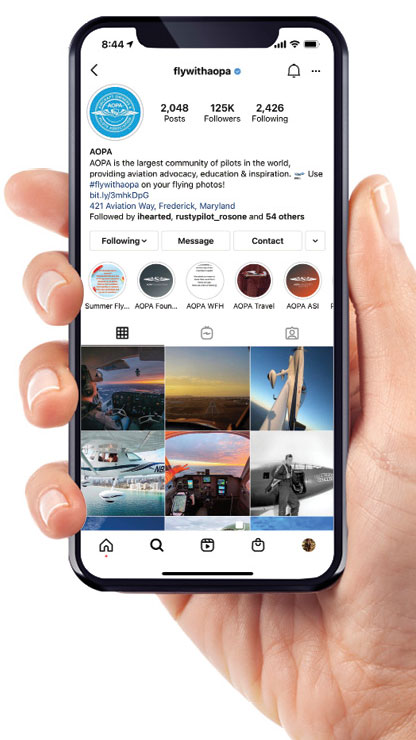 Q: I own a Cessna 177RG that’s free and clear and am seeking to finance up to $80,000 with my airplane as security...do you all offer this service?

The FAA has long required the holder of any pilot certificate to report a Motor Vehicle Action (MVA), as defined in FAR 61.15(c), within 60 days. Common examples of a reportable MVA include a driver’s license suspension, or a conviction, for driving under the influence or driving while intoxicated (DUI/DWI). However, until recently, these reports could only be sent by mail or fax to FAA’s Security and Hazardous Materials Safety Office (formerly Civil Aviation Security Division). FAA has now rolled out a new online reporting option, which enables a pilot to enter their email address into a website and receive a customized reporting link via email.

Failure to timely report an MVA can lead to certificate action, and the AOPA Legal Services Plan staff recommends keeping proof of submission in case there is ever any question about whether a report was timely made. Until now, this meant either sending the report by certified mail with return receipt requested, or saving a fax send confirmation. For pilots electing to make a 61.15 report through the FAA’s website, it may be advisable to keep screenshots, as well as call on the phone the next business day to confirm the submission went through successfully. At present, a confirmation email is not automatically sent after submitting a report through the web form. Pilots with questions should consult with aviation counsel to ensure any required reports are properly submitted.

Chad Mayer is an in-house attorney with the AOPA Legal Services Plan and an active private pilot. 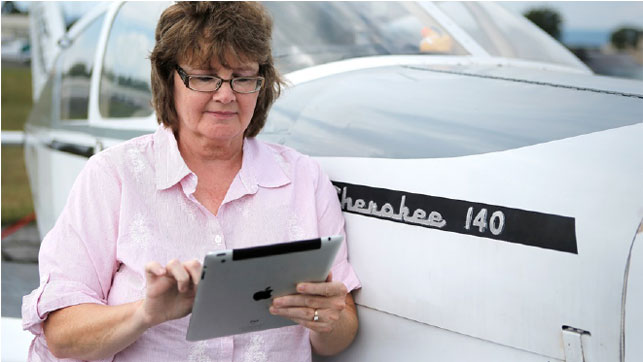