Get the app Get the app
Already a member? Please login below for an enhanced experience. Not a member? Join today
News & Media Proficiency: Looking for moose

Mastering stalls and turns around a point

How could I turn down a weekend filled with aircraft emergencies? Several years ago, the U.S. Fish and Wildlife Service’s aviation manager invited me to present on loss of control situations at its national training symposium. 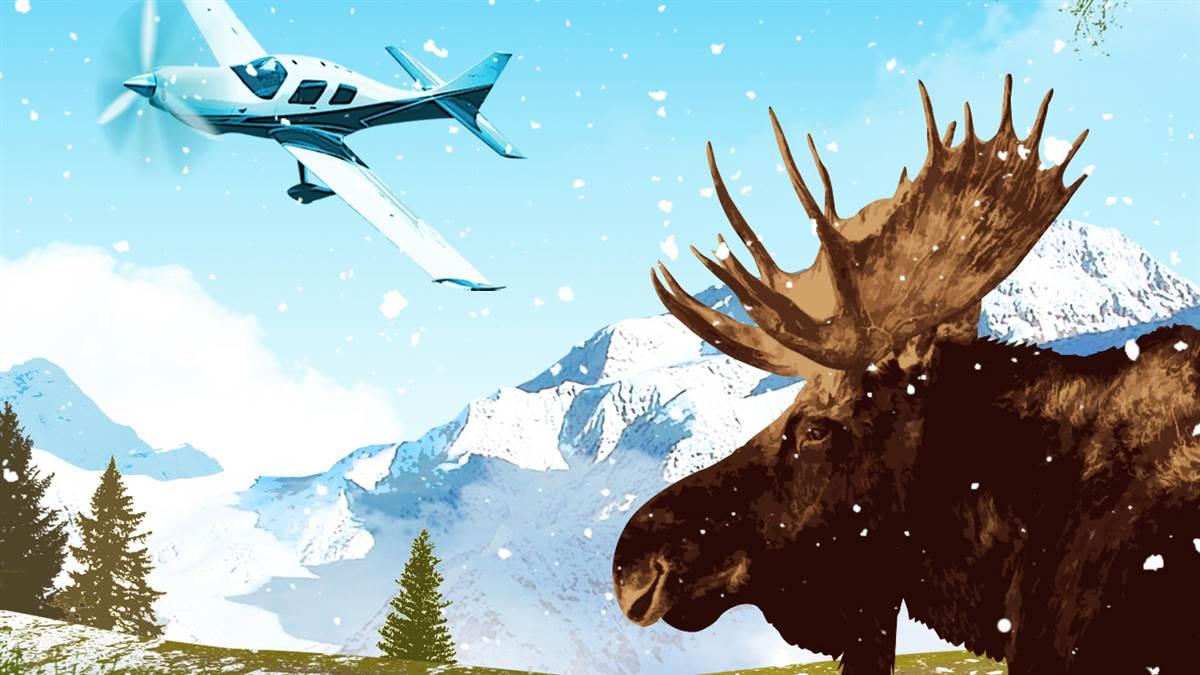 TURNS AROUND A POINT

To brush up your skills on the turn around a point, select a ground reference such as, say, an intersection of roads near terrain that affords options should a mechanical anomaly arise. I plan on a quarter- to half-mile-radius turn that mimics the arcs in a traffic pattern and locate several landmarks that same distance from the reference. The Private Pilot Airmen Certification Standards require an entry altitude of 600 to 1,000 feet agl, and I prefer the upper end of that spectrum. Entering on a downwind ensures that the starting bank angle will always be the greatest. (You wouldn’t want to enter with a 30-degree bank on the upwind only to realize you need a 45-degree bank upon turning downwind.) Once the intersection is off your wing tip, bank the airplane and fly over the landmarks you’ve identified to keep a constant distance from the intersection. Setting a crab angle into the wind will help form a perfect circle around the intersection. Maintain coordinated flight, a constant radius about the intersection, altitude within 100 feet, and airspeed within 10 knots. —CC

In addition to flying airplanes, learning the science of flight, and best practices for emergency situations, sharing LOC with others is among my favorite activities. Stalls, spins, and crazy attitudes are right up my alley. Any gathering of pilots features that special camaraderie and swapping aviation stories, so I readily agreed. We ironed out the details and just as I was about to sign off the call, he added, “Oh, make sure your presentation includes the moose stall!”

“Absolutely! You got it on the moose stall,” I said before I hung up.

Truth be told, I had never heard of a moose stall. You see, while unusual and emergency aircraft situations are in my wheelhouse, moose have never been. I’ve lived the entirety of my life in California, Illinois, and Tennessee—regions of the country in which moose are in short supply.

Aerodynamically, of course, stalls have nothing to do with wildlife. A wing stalls when the angle of attack—the angle between the relative wind and the chord line of the wing—exceeds the critical value. At that point and with increased angle of attack, the air across the top of the wing separates from it and lift decreases dramatically. Paired with a lack of coordination, a spin lurks around the corner. A spin requires both those ingredients, so pushing forward on the yoke when near a stall will lower the angle of attack and ensure the worst doesn’t happen.

The way we introduce and practice stalls in training often bears little resemblance to the way they occur in nature. It’s not to say that such practice isn’t appropriate; rather, it’s just not enough. Without incorporating realistic scenarios, one might be left with the impression that stalls and spins happen with plenty of warnings that prompt us to recover, or even that we could never find ourselves in such a situation. But the NTSB aviation accident database tells a different story.

Despite the inadequacies of my residences in preparing me for the moose stall, a quick internet search brought me up to speed. The moose-stall scenario involves a pilot who flies at low altitude and becomes so preoccupied with tracking wildlife that she fails to notice and correct for an imminent stall. It is amazing what we can ignore when we are distracted, nervous, or overloaded. Such pressures serve as a catalyst that allows an emergency to occur when otherwise it wouldn’t.

Every now and then I find myself in a situation that betrays how these accidents can happen. I flew Stephen, a local photographer, in my Cessna 152 to collect aerial images of Sewanee’s campus. The sandstone buildings glowed in the late afternoon light, but the sun would soon set. After circling a couple times, the view of the chapel was perfect except for the aircraft’s strut in the way. So, I input right rudder and executed a slip to provide a better camera angle. As Stephen exclaimed, “That’s perfect!” it hit me that this is exactly how an ordinary photo shoot can go wrong. Had I not been careful to maintain a low angle of attack, the flight may not have been a success. Moose stalls can happen anywhere.

In the private pilot syllabus, the turn around a point is a ground reference maneuver that can provide a scenario in which a moose stall can occur. During the maneuver on the practical exam, I typically ask, “So why do you think the FAA wants you to master a turn around a point?” Candidates are busy enough, but providing realistic distractions is part of my job, and I’m always curious to hear the answer. I rarely hear a compelling reason. It’s a low-altitude, constant-radius turn flown at a constant altitude around a ground reference. To properly compensate for wind means both the bank and crab angles continuously change. While fixating on the reference might be tempting, looking out for other traffic or obstacles in the area is imperative. There is a lot going on with the maneuver, and setting up the moose-stall scenario is the best reason to include it in training.

Mastering turns around a point yields benefits in other phases of flight, too. In the pattern to land at an airport, we are low to the ground and need to compensate for winds in order to execute each turn onto the next leg of the pattern. Flying each corner of the pattern is modeled on some 90-degree arc of the turn around a point. The maneuver helps with planning and executing a rectangular pattern for landing.

As promised, I did present on the moose stall and turn around a point maneuver at the U.S. Fish and Wildlife training symposium. While understanding and practicing stalls is important, so are the maneuvers that provide the scenarios in which they may occur. The turn around a point may not be an easy maneuver to do well, but we all should practice it regularly because, at some point, we will have a passenger who wants to get a good look at his house, a gorgeous campus, or a moose in Alaska.