Get the app Get the app
AOPA Members DO more LEARN more SAVE more - Get MORE out of being a pilot - CLICK HERE
News & Media Training Tip: Bouncing (and bouncing back)

Ouch, you bounced the landing. Now what? 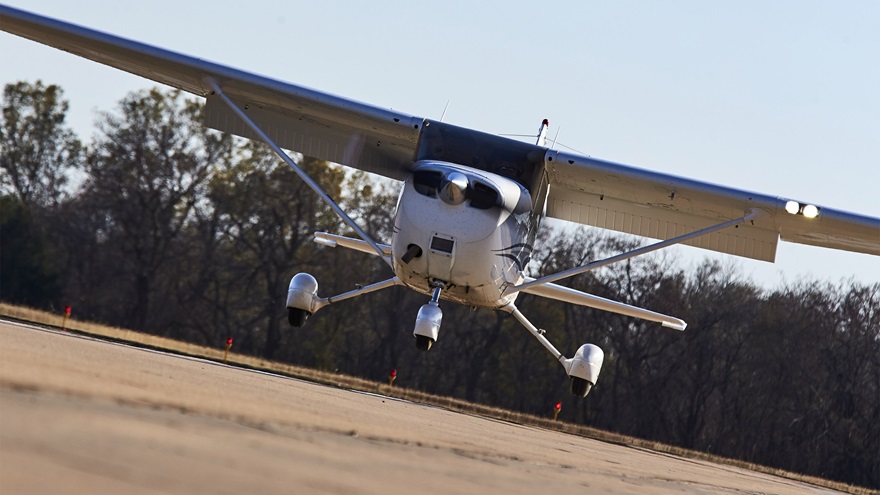 This is no time for anger or angst, or to wonder what went wrong and whether anyone saw how solidly you struck the strip.

Fly the aircraft, because right now you have rebounded back into the air and must finish what you started, despite being at what we might describe as a strategic disadvantage.

There you are, airborne between the devil (a stall) and the deep blue sea (the possibility of porpoising), under stress but highly motivated to avoid both of those adverse outcomes.

It’s typical in this scenario that the aircraft, no longer gently descending and decelerating, is still bleeding airspeed—but now the aircraft is gaining altitude. Allowing this condition to go uncorrected would likely produce a drop-in-stall arrival from a wing length or two above the surface, perhaps with damage resulting.

Touching down in a proper pitch attitude is a key part of making a stabilized approach when demonstrating a normal landing on your practical test.

Can you visualize how the angle of attack increases when an aircraft climbing after a bounce suddenly transitions to a descent, with no pitch adjustment? That’s you right now.

Act fast, but don’t overcorrect by jamming the nose down. That’s the most common cause of porpoising; as the aircraft starts descending, there isn’t enough time or altitude available for the pilot to round out again and make a controlled touchdown, so the aircraft touches down in a nose-down attitude and the impact flings it into the air again. (This goes on until something breaks or the pilot finally goes around.)

Correct intervention takes a combination of instinct and judgment. You must train to recover instinctively by “unloading” (reducing) angle of attack while simultaneously adding power to either soften a second touchdown by moderating the descent rate or go around. Making that choice is the judgment call.

Some pilots mistakenly decide that it’s too late to go around if the aircraft is seconds from touching down again. Remember, there’s no law against going around after touchdown, so keep your landing option close but your go-around closer.

One cannot overstate the importance of making the ability to handle a bounce scenario second nature. A fitting definition of second nature is “an acquired deeply ingrained habit or skill.”

After you have saved the landing and calmly concluded the flight, don’t recoil from examining the learning opportunities that came your way and will enhance your skill if given the attention they deserve.

Dan Namowitz has been writing for AOPA in a variety of capacities since 1991. He has been a flight instructor since 1990 and is a 35-year AOPA member.
Go to Dan Namowitz's Profile
Topics: Training and Safety, Student, Takeoffs and Landings