Flight Design, a European company that has sold some 1,900 of its CT series of light sport aircraft, has added a new brand to its offerings: the F series. The first public showings had been held in displays at 2019’s EAA AirVenture, and at Germany’s AERO Friedrichshafen general aviation convention.

Now the first of the series, the F2, is being shipped to the United States. Initially, the F2 will be certified as an S-LSA under ASTM International standards, but by 2021 the airplane is set to earn Part 23, Level 1 certification under newly reformed, internationally standardized guidelines. This will allow the airplane to fly under instrument flight rules—and eventually, in instrument weather. This would greatly expand its utility and capability as a trainer.

To the untrained eye, the F2 looks a lot like its CT stablemates. But it’s bigger all around. The wingspan is four feet longer; the cabin is three inches wider, two inches taller, and 10 inches longer; the door area is 25 percent greater, and the door sill is set 2.3 inches lower than the CT’s. For an LSA, the seats are upscale, with a geared electric motor that tilts each seat fore and aft. All these comfy features are a clear sign that Flight Design is expanding its efforts to reach a broader range of customers—and not just full-figured pilots. Flight Design USA President Tom Peghiny says he’s seeing more and more F2 customers getting back into flying after a long hiatus. Others, unwilling to justify using their Cirrus or Bonanza for what amount to “$1,000 hamburger flights,” want to move into a more right-sized airplane. Both types of pilots want modern avionics.

This brings up the F2’s panel. Garmin’s G3X Touch primary flight and multifunction display, with its split-screen functionality, command bars, flight path marker, angle-of-attack indicator—and stall and underspeed warning chevrons—is standard equipment. Gone are the Dynon displays used in earlier CTs. Most order their F2s with an optional, second G3X installation. Then there’s Garmin’s GTX 345 transponder with ADS-B In/Out, as well as a Garmin G5 standby primary flight display, and a Garmin GFC 500 autopilot. Should you inadvertently enter an unusual attitude, the autopilot has a level function that returns the airplane to wings-level flight; just push the blue LVL button. An envelope protection feature that limits pitch and roll excursions is planned for later in the production run. All this seems may sound like vast overkill in an LSA, but it is what customers want. And yes, the LSA version of the F2 is pricey, selling for $200,000.

In 2019, Flight Design introduced its Vision Zero concept, an initiative that’s intended to eliminate serious injuries in major accidents. The F2’s contribution to the effort includes a BRS ballistic recovery parachute; four-point harnesses; two panel-mounted Amsafe air bags; and a cage of reinforced carbon fiber and Kevlar surrounding the cabin. Two other airframe elements also help make the F2 as safe as reasonably possible. Drooped leading-edge wing cuffs preserve airflow over the ailerons and outboard wing sections, providing lift and aileron effectiveness at high angles of attack. Developed for newly certified airplanes under ASTM 3180 standards, and adopted as consensus standards under the latest provisions of FAR Part 23, the cuffs—as well as other components—are part of a laundry list of stall- and spin-resistance features that manufacturers can apply. That includes the F2’s “beaver tail,” a fixed lifting surface located between the split elevators. In power-on stalls, the beaver tail keeps pitch attitudes relatively low. 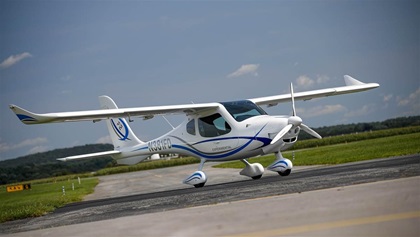 Last August, Peghiny brought the second prototype F2 to AOPA headquarters so we could be among the first to fly it. He was on a promotional tour, flying three- and four-hour legs with ease, thanks to the airplane’s 118-knot max cruise, its 100-horsepower Rotax 912iS engine’s five gph fuel burn, and the F2’s 33-gallon fuel capacity. By the way, it can burn avgas or auto fuel, as long as it has an RON 95 fuel rating and has a maximum ethanol content of 10 percent.

I’ve known Peghiny ever since the ultralight boom times, when the Kawasaki 441 on our Pioneer DualStar seized and we landed in a field teeming with curious bulls. But that’s another story. My point here is that today’s Rotax engines, unlike the cranky Xenoah, McCullogh, and other entry-level and ultralight engines of yore, prove that we’ve learned a lot since then. Sure, they make a lot of noise running north of 5,000 rpm in cruise (a gearbox reduces prop speeds to the 2,000-rpm range), but their electronic ignition, automatic mixture control, and 2,000-hour TBOs explain why they’ve become the standard powerplant among today’s LSAs. “And most of them make TBO,” Peghiny says.

The bigger door and lower door sill mean entering the F2 is a breeze. Back up to the door, and your butt is already nearly resting on the seat, so it’s easy to swing your legs around and over the control stick. Starting is auto-style simple: turn the key and the Rotax fires up.

Taxiing and flying the F2 is equally straightforward. The power lever doubles as wheel brakes: pull it back to idle power, then aft some more and the brakes start grabbing. For takeoff, it’s flaps at neutral, fuel boost pump on, full power, lift off at 50 knots, and climb away at 60 knots. I saw 800 fpm as we climbed to 3,000 feet.

Once in cruise, the flaps were put in the reflex setting, which raises the flaps 12 degrees; this reduces lift a bit but also reduces induced drag, which adds about three knots to cruise speed. At max continuous power (5,500 rpm) the F2 did 119 KTAS according to the G3X’s real-time true airspeed readout. It also showed a fuel burn of seven gph. At a more reasonable, 5,400 rpm setting we saw 115 KTAS and five gph. Stalls were as advertised, with slight buffeting and no radical wing drops. Power-off stalls with full flaps—which came at 40 knots—were more of a mush, with little in the way of a sharp break. As for landings, 60 knots was once more the target, with full flaps and a flare for touchdown beginning at 50 knots or so. It took me a while to learn the timing for the flare, but by the third landing my performance was, um, acceptable. 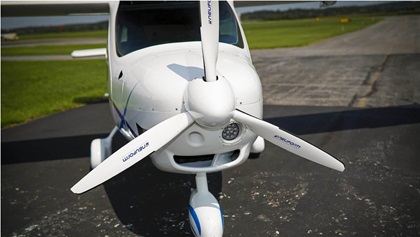 Peghiny said there would be a few tweaks to the F2 before deliveries begin. The rudder forces will be beefed up with stronger springs, and the main gear leg attach points will be moved slightly forward. As this was written, eight LSA-version F2s have been sold in the United States.

In the near future, Flight Design will add more models to the F series. The Part 23 version of the F2 should become available in the United States later in 2021, after it earns European certification. This airplane will come with the F2 equipment mentioned earlier, plus a second alternator and battery, a dual-bus electrical system, two com radios, a fuel header tank, and a ground power plug. Its price is currently set at $225,750. That price could vary according to the euro’s exchange rate with the dollar.

The two-place F2e will be powered by a Rolls-Royce electric motor capable of providing an 85-knot cruise speed and an endurance of two hours. This airplane will have a Garmin panel, including the G3X; a cabin 10 inches longer than the F2’s; and a longer, 37-foot wingspan. A prototype is in flight test in the Czech Republic, with a goal of earning European Union Aviation Safety Agency (EASA) certification under its CS-23 certification specifications rules. Plans are to earn this certification in 2022. As it stands now, there is no certification path for electrically powered aircraft in the United States, but plans are afoot. If and when they come to fruition, Flight Design says they’ll sell for $294,000.

There’s more. A four-seat model—the F4—is also due for CS-23 certification in 2022. This appears to be a replacement for Flight Design’s earlier C4, which never made it to market; parent company Lift Air calculated it would have a too-high, $450,000 price tag. Though it hasn’t been announced, the F4’s price would presumably be lower. All these developments are signs that the American customers could well have new choices in the Part 23 market—and maybe even its first certified electric airplane.

The F2’s carbon fiber wings (right) are manufactured by essentially baking them in an autoclave; Flight Designs’ CT models’ wings are made using a wet-layup process. 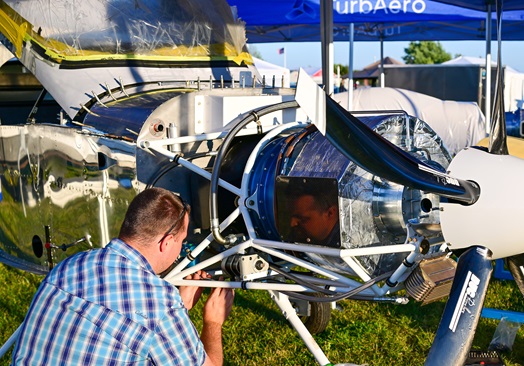