Get the app Get the app
AOPA Members DO more LEARN more SAVE more - Get MORE out of being a pilot - CLICK HERE
News & Media Book review: ‘Single-Pilot IFR Pro Tips’

Beyond the pink shirt 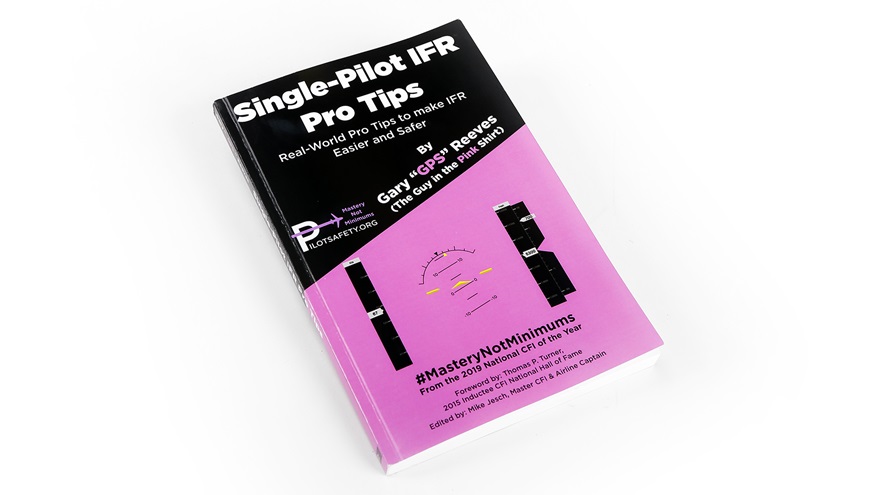 Photo by Chris Rose.
Reeves, the FAA’s 2019 Certificated Flight Instructor of the Year and the force behind PilotSafety.org is a thoroughly knowledgeable, insightful, and memorable teacher who backs up his recommendations with real-world examples. I’ve flown with Reeves, and he’s got encyclopedic knowledge of IFR procedures; he’s a wizard with aviation technology; and if you ask him nicely, he won’t wear the Pepto-Bismol pink shirts that have become a hallmark in his videos and live presentations.

The 183-page book’s large print makes it seem relatively short. It only takes a few hours to read, and those of us who have attended a Reeves seminar or two will hear his distinctive voice in our heads throughout the process.

Some of his points are:

Personally, I agree with Reeves most of the time—but even when I disagree (I like VFR; fly fast on IFR approaches, don’t lower the gear until glideslope intercept, and use manufacturers’ checklists), his points are provocative, well-argued, and backed up with examples from his vast experience. He tells you what he thinks, and why he thinks it.

Reeves is a highly sought-after instructor and lecturer. Reading his book is like taking a two-hour lesson with him—and that makes the book’s $29.95 price seem like a bargain.