Get the app Get the app
Already a member? Please login below for an enhanced experience. Not a member? Join today
News & Media Fly with care as rocket launches ramp up

Fly with care as rocket launches ramp up 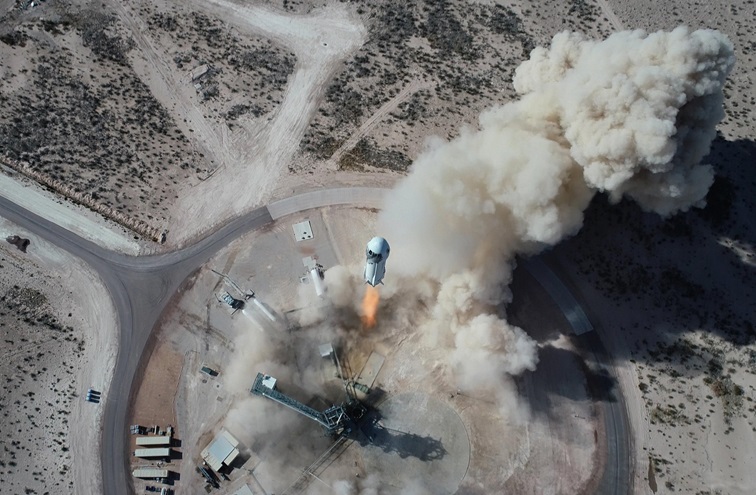 New Shepard NS-14 lifts off from Launch Site One in West Texas on January 14. Photo courtesy of Blue Origin.

There are now 12 spaceport licenses issued to operators in eight states, and there have been 407 licensed space launches since 1989 as well as more than two dozen authorized reentries.

Here’s another difference: With space launches now the province of private enterprise, and flights sometimes scheduled just days apart—as with Richard Branson’s Virgin Galactic launch on July 11 and Jeff Bezos’s planned July 20 flight of his company Blue Origin’s New Shepard vehicle—even pilots of aircraft with service ceilings beneath the flight levels need to know how to stay safe during the comings and goings of spacecraft.

Space-bound craft must be kept out of your way too, and to that end the FAA is developing new technologies to track space launches and reentry vehicles by turning their telemetry into safety-producing data “in near real time” as they traverse the National Airspace System.

Recently the FAA announced that its prototype Space Data Integrator (SDI) system “was first used with the June 30 SpaceX Transponder 2 launch from Cape Canaveral Space Force Station in Florida. It will next be used with the upcoming reentry of the SpaceX CRS-22 Dragon vehicle carrying cargo on its return trip from the International Space Station.”

SDI is to become the “foundational component” of integrating space operations into national airspace, the FAA said.

“This is a critical tool as the number of users of our already busy airspace increases,” said FAA Administrator Steve Dickson. “With this capability, we will be able to safely reopen the airspace more quickly and reduce the number of aircraft and other airspace users affected by a launch or reentry.”

Telemetry data provided voluntarily by “space operators” offers “vehicle position, altitude, speed, and if it deviates from its expected flight path.” SDI also has the capability to display areas where falling debris could be a hazard.

SpaceX came on board with SDI in its early stages in 2016, the FAA said. Blue Origin, Firefly Aerospace of Austin, Texas (slogan: “Making space for everyone”) and the Alaska Aerospace Corporation also now participate.

If such innovation still strikes you as alien to general aviation pilots, the message the FAA wants to get across is that we are not alone (in the airspace, at least, leaving aside recently revived public interest in UFOs). And as commercial space launch activity becomes more commonplace—Branson’s stated goal—the likelihood grows that your route of flight will cross airspace affected by it. Minimizing the impact will require a collaborative approach as well as pioneering new technology like SDI.

A pipedream? Not anymore. In April 2020, AOPA reported that between 2015 and 2018, commercial space launches affecting airspace used by GA increased 400 percent. To help pilots ratchet up their awareness of this emerging flight-planning concern, we issued the fact sheet Airspace for Commercial Space Launches that discussed the aircraft hazard areas and transitional hazard areas created to protect airspace users.

It may also be well to keep in mind that in 2020 the FAA managed 45 space launches and reentries, its largest annual total to date, and believes the number “could exceed 70” in 2021, adding importance to the FAA’s expectation of being able to reduce the duration of airspace closures “from an average of more than four hours per launch to just more than two hours.”

In this brief video, the FAA gives you a glimpse of how its Space Operations Office based in the Air Traffic Control System Command Center in Warrenton, Virginia, coordinates with air traffic control to integrate space flights with its day-to-day airspace management, and what the future holds.

“As the SDI capability evolves, it will help the FAA reopen the airspace even more quickly,” the FAA said, adding that beyond SDI, “new concepts will follow that further mature space integration efforts with NAS automation systems.”

Dan Namowitz has been writing for AOPA in a variety of capacities since 1991. He has been a flight instructor since 1990 and is a 35-year AOPA member.
Go to Dan Namowitz's Profile
Topics: Technology, Situational Awareness