Get the app Get the app
Already a member? Please login below for an enhanced experience. Not a member? Join today
News & Media ForeFlight’s pace of innovation quickened during pandemic

ForeFlight has accelerated its pace of innovation and made scores of upgrades to its app during the coronavirus pandemic despite its far-flung workforce working remotely. 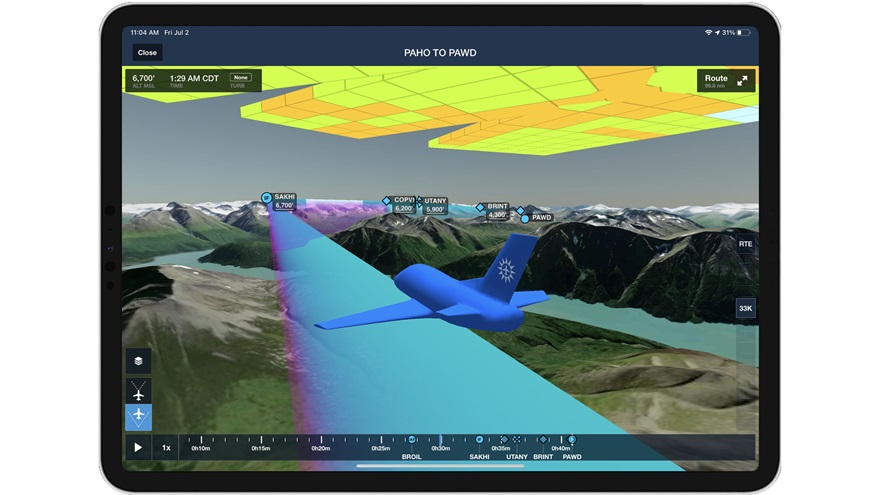 Enhancements to the 3D Preview feature allow users to view weather and "follow an approach's glideslope all the way to the runway." Image courtesy of ForeFlight.

“Our heart and soul remain the same,” said Stephen Newman, ForeFlight executive vice president for global sales and marketing. “The [Boeing] acquisition didn’t change the trajectory of where we were going. It strengthened us . . . and our growth continues unabated.”

ForeFlight began as an iOS-based flight planning app, and it’s made iPhones and iPads essential in-cockpit tools for airline, corporate, and military flight crews around the world. ForeFlight has made more than 100 upgrades to its app in the past two years, and it’s focused on streamlining the process for filing and obtaining IFR clearances digitally.

Instead of relying on telephone calls and radio communications, ForeFlight is pushing for the broad use of clearances that can be obtained online, then uploaded to cockpit avionics wirelessly. The process has been shown to be far faster and more accurate.

ForeFlight says it will be at EAA AirVenture 2021 “in force.”