Get the app Get the app
Already a member? Please login below for an enhanced experience. Not a member? Join today
News & Media Airshow pilot Dale Snodgrass killed in Idaho crash

Airshow performer and former U.S. Navy fighter pilot Dale Snodgrass, known around aviation as “the real Top Gun,” was killed in a crash on takeoff of a single-engine airplane at the Lewiston-Nez Perce County Airport in Idaho on July 24, according to news reports. 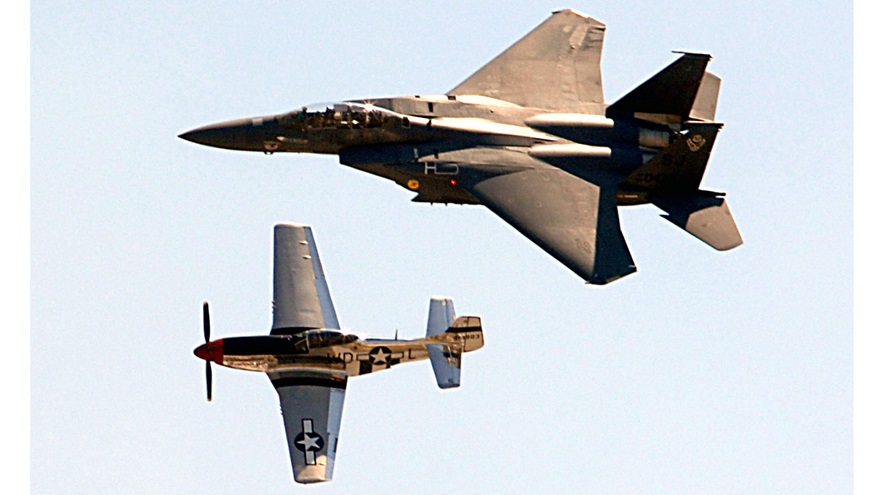 Snodgrass, whose Navy call sign as a Grumman F–14 Tomcat pilot was “Snort,” was the only person aboard the SIAI-Marchetti SM.1019 aircraft when the accident occurred about noon local time. A report in the local newspaper said the aircraft, a high-wing, tailwheel-equipped model, caught fire after impacting a field.

According to a March 2021 post on the Facebook page of Dale “Snort” Snodgrass—717 Aviation, Snodgrass had sold a Glasair Sportsman that he said would be replaced “with a Marchetti for backcountry flying.” It was unclear if the accident aircraft was the one mentioned in the post.

Among the many tributes to Snodgrass from members of the aviation community was a message from former astronaut Scott Kelly. “I had the pleasure of knowing him and even flying with him in an F–14 with a new flight control system with me in the backseat which felt oddly appropriate. A true legend,” Kelly said in a Twitter post.

According to a biography of Snodgrass posted on the website of the Navy Legacy Flight Foundation, Snodgrass served 26 years as a naval aviator, retiring as a captain with 7,800 fighter hours, 1,200 carrier landings, and 5,000 hours of time-in-type in the F–14. He continued to fly warbirds in airshows, and recently was listed as chief pilot for Draken International, a government contractor providing tactical flight services, for which he flew the Douglas A–4 Skyhawk, the Aero L–159 Alca, and the Aero L–39 Albatross.

A 2010 profile of Snodgrass in Air & Space reported that in 1974 he began flying the F–14 directly out of flight school “when the F–14 was new and no other low-time pilots had flown it. He was the first in that category to land it on a carrier, both day and night.”

Snodgrass was sent to the U.S. Navy Strike Fighter Tactics Instructor program, known as Top Gun, in 1978, and was named Navy Fighter Pilot of the Year in 1985.

The profile noted that even after he had been named commander of Fighter Wing Atlantic, “he continued to find a way to fly. ‘I started doing the demos and I liked it so much that I stayed connected to the airshow circuit by hook and by crook from 1985 to 1997—12 years, which was unprecedented in military demo flying.’” While in the Navy he made 400 demonstration flights, it said.

Since 1999 Snodgrass had “enjoyed a fully sponsored career” on the civilian airshow circuit; taught advanced bush flying in Africa; and taught aerobatics, upset recovery, and formation flight in St. Augustine, Florida, it said.

Snodgrass was a lead solo performer with the Black Diamond Jet Team of Lakeland, Florida, in a MiG–17.

A famous 1988 photo taken from the deck of the USS America captured Snodgrass’s F–14 in a knife-edge fly-by reminiscent of the irreverent antics of the lead character in the 1986 movie Top Gun.

“Many admirers called him the real ‘Maverick,’ the call sign for the character portrayed by Tom Cruise in the blockbuster ‘Top Gun,’” said an Idaho newspaper report on Snodgrass’s death. “And like Maverick, Snodgrass was famous for his low-level flybys. But unlike that unruly fictional character who got in trouble for such unauthorized antics, Snodgrass got his thrills by the book.”

Topping even that never-to-be-forgotten feat, however, was the spectacular 1996 Flight of the Twin Engine Cats, in which Snodgrass, flying an F–14, teamed up with John Ellis, piloting a radial-engine Grumman F7F Tigercat, for a formation aerobatic demonstration at the Dayton International Airshow.