Get the app Get the app
Already a member? Please login below for an enhanced experience. Not a member? Join today
We will be performing maintenance on our systems Sunday 9/19 from 12am to 6am ET. During this time, you may experience intermittent service outages. We appreciate your patience.
News & Media Textron shows SkyCourier short-field cargo hauler 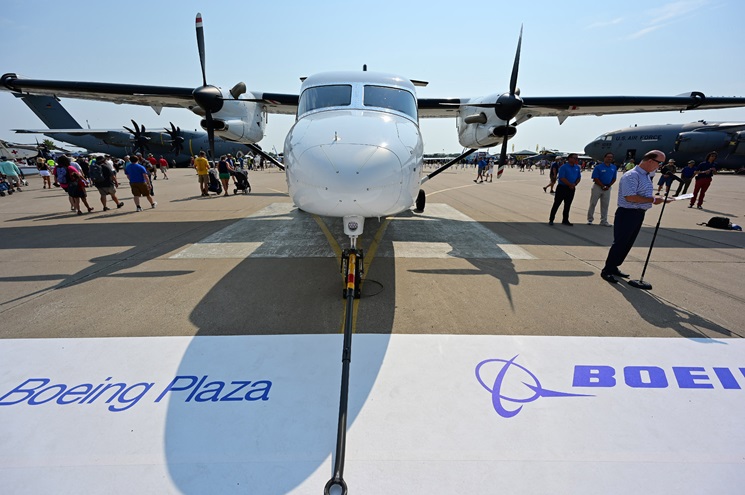 The Cessna Caravan’s big brother occupied airshow center at Boeing Plaza after the aircraft arrived for its public debut with cowling pieces visibly held together by speed tape as test flights continue.

The model was announced in late 2017 when FedEx placed a launch order for 50 of the $5.5 million aircraft and plans for up to 50 more models with a 2020 pre-coronavirus pandemic delivery date.

Pilot input dictated several design features of the large aircraft. The propeller spinners were changed from chrome to flat black after test pilots complained of disorienting sun reflections. The leading edge of each wing strut is also painted black and contributes to a no-nonsense look that matches the design parameters of moving people or goods into airfields as short as 3,300 feet.

Another goal was to minimize accidental bumping into hard parts during preflight or loading operations in darkness—when most cargo companies do their heavy lifting. There are almost no protruding metal parts, except for the pitot-static tube paced a ladder-length above the left landing gear—unless one counts the massive four-blade McCauley Blackmac auto-feathering, reversing propellers hanging off a pair of Pratt & Whitney PT6A-65SC 1,100-shaft-horsepower engines on the strutted wings. 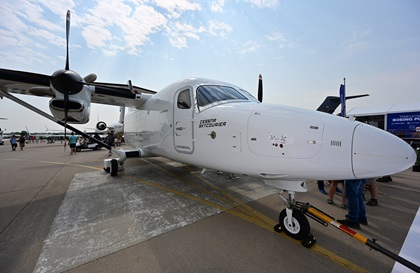 The nearly 55-foot-long aircraft can move 6,000 pounds of payload at cruise speeds up to 200 knots and altitudes of 25,000 feet with a range between 400 and 900 nautical miles, depending on how heavily it’s loaded.