Get the app Get the app
Already a member? Please login below for an enhanced experience. Not a member? Join today
News & Media Aircraft parachute system maker announces deals 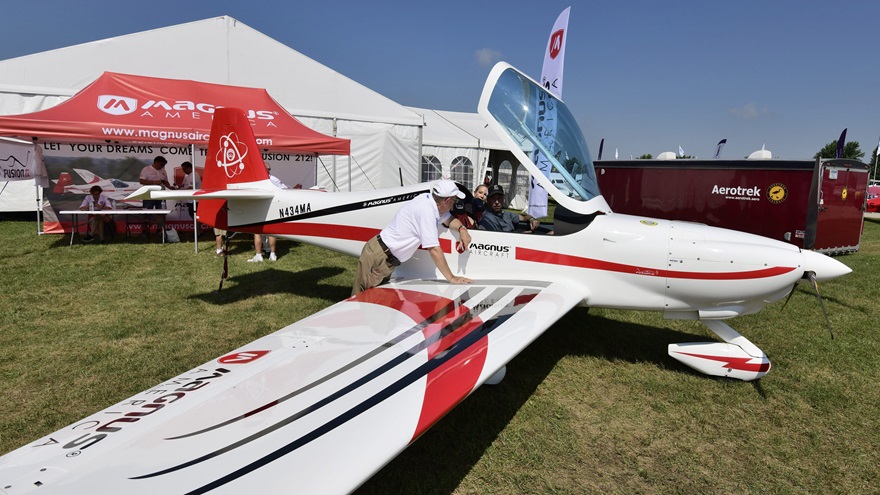 Mangus Aircraft America debuted its Fusion 212, a factory-built special light sport aircraft, at EAA AirVenture 2018. Parts are manufactured in Hungary and then the aircraft is assembled in the United States. Photo by Mike Collins.

In a partnership with Magnus Aircraft and The Aviator Family, a consultant, Aviation Safety Resources will add a newly developed aircraft emergency parachute recovery system (AEPRS) in the Fusion 212 special light sport aircraft manufactured by Magnus Aircraft, of Orange, Virginia.

“This innovative system can be activated and is effective at a minimum altitude of only 330 feet above ground level—a lower minimum deployment altitude compared to any other manufacturer’s products,” Aviation Safety Resources said in a news release.

“Our relationship with ASR has already demonstrated the organization’s worth,” said Ken Krueger, founder of Sky Designs Engineering. “Their superior technology, combined with expert technical support, ensures an excellent value and reliable AEPRS for the Sky-6.”

Over the past year the two companies have worked “to optimize the installation and integration of the AEPRS on the Sky-6,” they said in a July 27 announcement released during EAA AirVenture.

On July 28, Aviation Safety Resources also announced delivering its Soteria-140B AEPRS to G1 America, the official American dealer for G1 Aviation of France, for the amateur-built G1 STOL aircraft, a version of the French G1 SPYL.

“We are delighted to be a supplier,” said Aviation Safety Resources President Larry Williams. “G1 America joins a number of other aircraft [original equipment manufacturers] for which we provide aircraft emergency parachute recovery systems, and it clearly indicates G1 America’s approach as a quality aircraft designer by offering the very latest innovations in flying safety.”

“In addition, this system, when installed, significantly reduces the odds of experiencing a fatal aircraft accident,” he said.