Get the app Get the app
Already a member? Please login below for an enhanced experience. Not a member? Join today
News & Media ‘Scrappy’ comes to life at AirVenture

‘Scrappy’ comes to life at AirVenture

Scrappy, an overbuilt short takeoff and landing aircraft that began as a CubCrafters Carbon Cub EX3 bush airplane, drew a curious crowd of onlookers during its public debut at EAA AirVenture in Oshkosh, Wisconsin, July 28 after it was transformed with “a few modifications” by backcountry pilot, fabricator, and social media personality Mike Patey.

“Few” is a severe understatement. The stout airplane appears to include nearly everything he promised for his next aircraft after his monster STOL Draco was destroyed during an accident on takeoff in 2019.

A four-blade propeller, huge tundra tires, and dual shock absorbers are at the beginning of a long list of modifications that make Patey’s CarbonCub unique.

Patey told AOPA the top transformations include “a Lycoming eight-cylinder engine modified to 600 horsepower” that allows the aircraft to move smartly for takeoff behind a thick, four-blade carbon-fiber propeller. 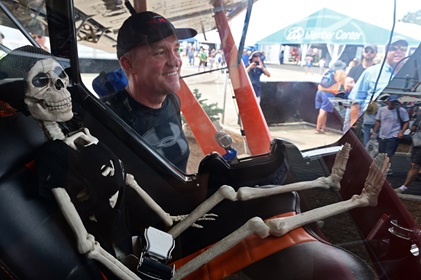 “A custom wing with a few alterations” includes multiple moving leading-edge devices and drooped ailerons that augment slow-speed handling. “A big Garmin five-screen glass panel” in the cockpit allows outstanding situational awareness and is reminiscent of the science fiction flight deck of the starship Enterprise.

Patey also created a “fully controllable suspension” with dual shock absorbers creating a suspension mashup of Indy Car, motocross bike, and a lowrider modified with hydraulic lifts. The apparatus can raise or lower the steep nose or the conventional-gear tail to ease taxiing. “You can articulate up, down, right, left—drop it down so you can see over the nose for safe taxiing—or raise it way up for takeoff,” he explained. Patey said that he could “always S-curve” during taxiing, but “while I was making suspension that I could manipulate, I thought it’d be nice if I could control it enough that I could drop the front all the way to the ground and lift the tail all the way up.” He said the technology allowed him to safely maneuver the grounds at Wittman Regional Airport “while there was a lot going on.” He could see the ground in front of—and beside—him to better avoid obstacles. “It sure makes it convenient to see the flag guys, and in the backcountry it’s the same kinda thing. You just get a good eye on things” with the fully articulating suspension package. 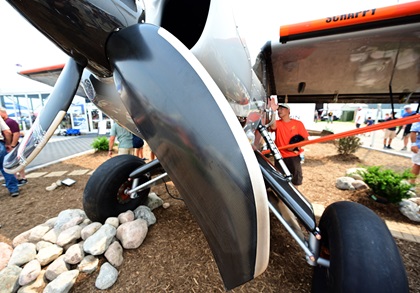 He was gracious for the support he’s received since making his building plans public through videos and social media posts and had advice for those following in his footsteps: “Whatever your passion is, just go for it. And if you don’t know how to do it, just ask, get help, and you’ll adapt. Don’t be afraid if people say it’s not possible. Just get back to work, make it happen, and give it a chance.”

“For all you young aviators, get into aviation. It is so fun, and it’s one giant, happy family. It’s a wonderful place and I promise you the first time you get your aircraft two inches off the ground—it’s going to be fun that time—and 10,000 hours later, too,” Patey said. “Flying is unreal. Go do it.” 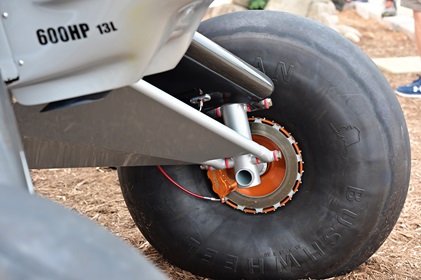 Spending more time with his wife, Chandra, and his family is Patey’s next priority instead of embarking on another aviation creation.

“We’re going to take a little break and just play with the airplane a little bit,” he explained. “The last couple of years we’ve been working so hard on Scrappy, [that] I’ve probably put in one of the lowest flight-hour years of my last 20 years.”

Now that Scrappy is done, Patey said he’d turn things around by logging “a bunch of air time. Strap some motorcycles under the wings and go camping a bit.” He’s undecided on future build projects, “but I’ve never stopped building for 20 years, so I’m sure we’ll do something.” 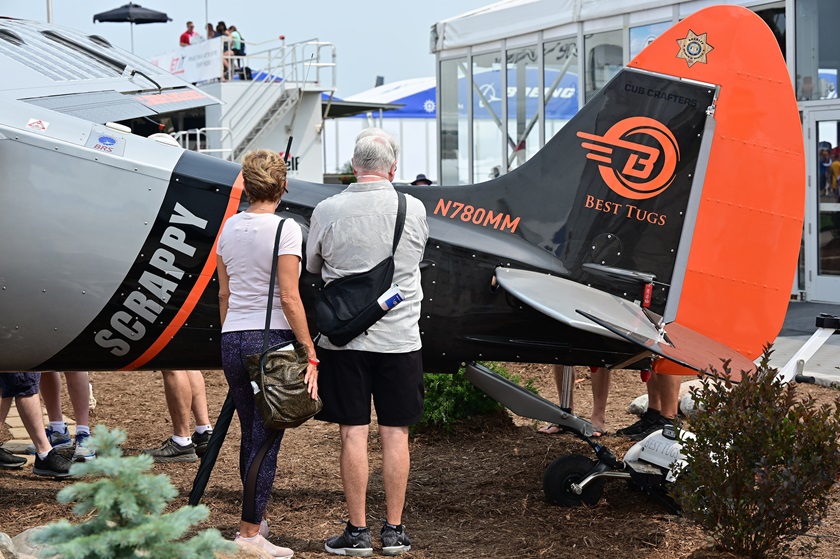