Learning to fly gives you a new perspective

Becoming a pilot changes you.

How could it not? 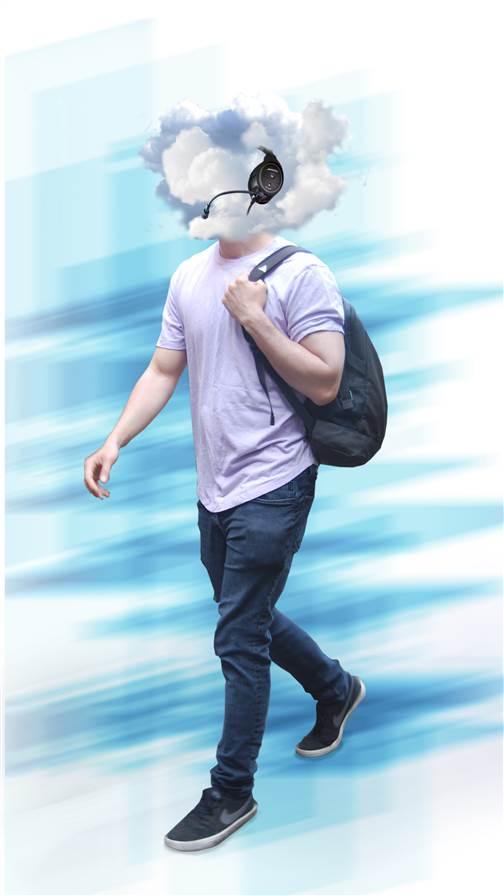 Learning the skills to safely transport yourself through the air from one place to another requires sustained effort and overcoming obstacles—but the transformation is much more than new knowledge. The process shows you the world from a different perspective, and it introduces you to new concepts and sensations. Most important, it gives you an entirely new set of tools for evaluating novel situations while it imposes new responsibilities.

Fundamentally, pilots must learn to see things for what they are—and they must avoid wishful thinking in their decision making.

Is your airplane airworthy? Are weather conditions suitable? Are cloud ceilings and visibility likely to rise or fall while you’re airborne? These kinds of questions demand clear-eyed answers based on verifiable—but not infallible—information, not hope or intuition. There are demonstrably right and wrong choices, and one person—you, the pilot in command—is ultimately responsible for all of them.

Pilots leave themselves an out.
If headwinds aloft are stronger than anticipated, if the visibility as the destination drops, if electrical systems fail, or an engine loses power in flight, pilots have got to have contingency plans. And when backup plans go awry, they must have the ability to develop new ones quickly and under pressure. It’s a tough discipline to master—but leaving yourself an out can be both habit-forming and helpful in many nonflying activities, too. Business owners who fly tend to look at strategy and risk in the much the same way they do as pilots.

Pilots commit themselves.
Spend as much time as you like preparing, evaluating, and double checking. But eventually there’s a point when pilots must commit to a takeoff or abort; continue to a destination or divert; land or go around. Those moments demand that pilots decide and then perform. These are binary choices—not shades of gray.

Ten thousand safe landings don’t guarantee the next one will be a success. Airplanes care nothing about pilot history or qualifications. Pilots must perform on every flight.Pilots trust, and are trustworthy. Pilots have a great deal of independence, but they must also trust. They trust their instruments to keep them oriented in the clouds and navigating to their destinations. They trust air traffic controllers for headings, altitudes, clearances, and to keep them clear of traffic and obstacles. They trust mechanics to be skilled, thorough, and diligent. And they trust each other to follow aviation regulations and communicate clearly. In short, they must trust the entire aviation system—and the entire aviation system depends on them. It’s a package deal, and one can’t work without the other.

Flying is a meritocracy.
Becoming a pilot is a big step, but it only puts you at the bottom of an elaborate pyramid. Flying is a meritocracy that rewards continued education and achievement. More experience and advanced ratings are, for some, milestones in a lifelong aviation practice. But no matter how many certificates a pilot gets, no one ever completely masters the art and science of flying, and all pilots are fallible and prone to mistakes and oversights. Ten thousand safe landings don’t guarantee the next one will be a success. Airplanes care nothing about pilot history or qualifications. Pilots must perform on every flight.

Pilots have a unique culture.
And part of that culture involves gallows humor.

“Never fly the A model of anything.”

“If your engine fails at night, turn your landing light on. If you don’t like what you see when you get near the ground, turn the light off.”

“Any landing you walk away from is a good one. Any landing in which the airplane is reusable is very good.”

These fatalistic laugh lines hint at aviation’s dark side. Its history is full of accidents, mishaps, and misadventures. But pilot humor is largely self-effacing, and if you look closely, there’s an inherent self-confidence and optimism in it. The jokes imply that, whatever difficulties pilots face in the air, we’ll deal with them on our own terms. And then, eventually, we’ll laugh about them. What could be more hopeful than that?

Every aspect of soloing is memorable, and for good reason. It’s an inflection point. Students are completely on their own in the air for the very first time, and the freedom is exhilarating.A pilot’s perspective changes.
Flying is made up of hundreds of small skills. Many of them, like chandelles or lazy 8s, can seem maddeningly difficult (or pointless) to learn. But once mastered, those skills become second nature, and you wonder why you ever struggled with them in the first place. Get used to that feeling because it repeats itself over and over throughout your aviation education.

The goalposts move.
Pilots become masters at self-motivation. We know the kinds of incentives that matter to us, and we use them to accomplish distant goals.

One of my fellow flight students wanted a leather flight jacket but promised himself he wouldn’t buy one until he earned an airline transport pilot certificate. That turned out to be a multi-year effort, and when he completed it, strangely, he didn’t rush right out and get the jacket.

“It’s hard to explain,” he said, “but the jacket just wasn’t important to me anymore. The idea of it was great motivation, but once I crossed the finish line, I didn’t feel like there was anything to prove. The qualification was important, and getting it wasn’t easy, but the jacket itself didn’t matter.”

Similarly, a former U.S. Navy pilot who flew F/A–18 Hornets said he used to hoot and holler whenever he saw a returning fighter pass by at 450 knots and pull 9 Gs during the 360-degree overhead break to land. Whenever he flew, he returned the favor by doing the same thing himself.

Then, as time went on and he gained experience, his view changed. Instead of demonstrating skill, pride, and spirit, the conspicuous arrivals seemed like childish antics that needlessly wore out costly and vital equipment.

“I’d see exactly the same behavior I used to cheer on and do myself,” he said. “But all I could think was, ‘What a jackass.’”

Contingency planning goes beyond choosing an alternate airport before takeoff. Conditions may change, equipment may fail, and an in-flight emergency may necessitate an emergency landing. Be aware of your best options for an emergency landing along your route, whether it’s an airport, field, or water.Personally, I remember watching a Piper Comanche taxi by long ago and making the comment to one of my fellow aerobatic pilots that it was a shame to waste a perfectly good Lycoming IO-540 engine on such a boring airplane.

That same powerful, purring engine, we thought, could be put to such better use on a Pitts S-2B, an Extra, or a Harmon Rocket. But later, as I started doing more cross-country and instrument flying, I no longer regarded the Piper Comanche as a missed opportunity for a Lycoming engine. In fact, I came to admire the Comanche’s range, payload, and stability in the clouds.

Constantly changing flight control pressures make this flight maneuver a test of coordination across a wide range of airspeeds and attitudes. Essentially, you’ll paint an “8” on the horizon with the airplane’s nose through a series of climbing and descending turns. The lazy 8 is one of the commercial pilot training maneuvers, and the aerobatic version takes it to the next level.

I still appreciate Pitts biplanes and Harmon Rockets—but I’ve got a new appreciation for airplanes I used to dismiss.

Flying solo is a turning point.
A pilot’s first solo flight is a milestone no one who does it ever forgets.

The dates and details of checkrides get hazy over time, but every aspect of soloing is memorable, and for good reason. It’s an inflection point. Students are completely on their own in the air for the very first time, and the freedom is exhilarating. For some, the act of soloing—or earning a pilot certificate—creates confidence that spills over into other areas of their life. Nothing seems out of reach anymore. Even the most outlandish goals seem achievable.

Flying can also bring about new and unexpected humility.

Noted author John Steinbeck said he thought becoming a pilot would make him feel powerful, but in fact, the vastness of being aloft made him feel tiny and insignificant.

“Learning to fly an airplane taught me a way of thinking, an approach to problem-solving that was applicable and effective,” she said. “Pilots are very methodical and meticulous, and artists tend not to be.”