Get the app Get the app
Already a member? Please login below for an enhanced experience. Not a member? Join today
News & Media What am I? Blade runner

What am I? Blade runner

There’s more to propellers than meets the eye 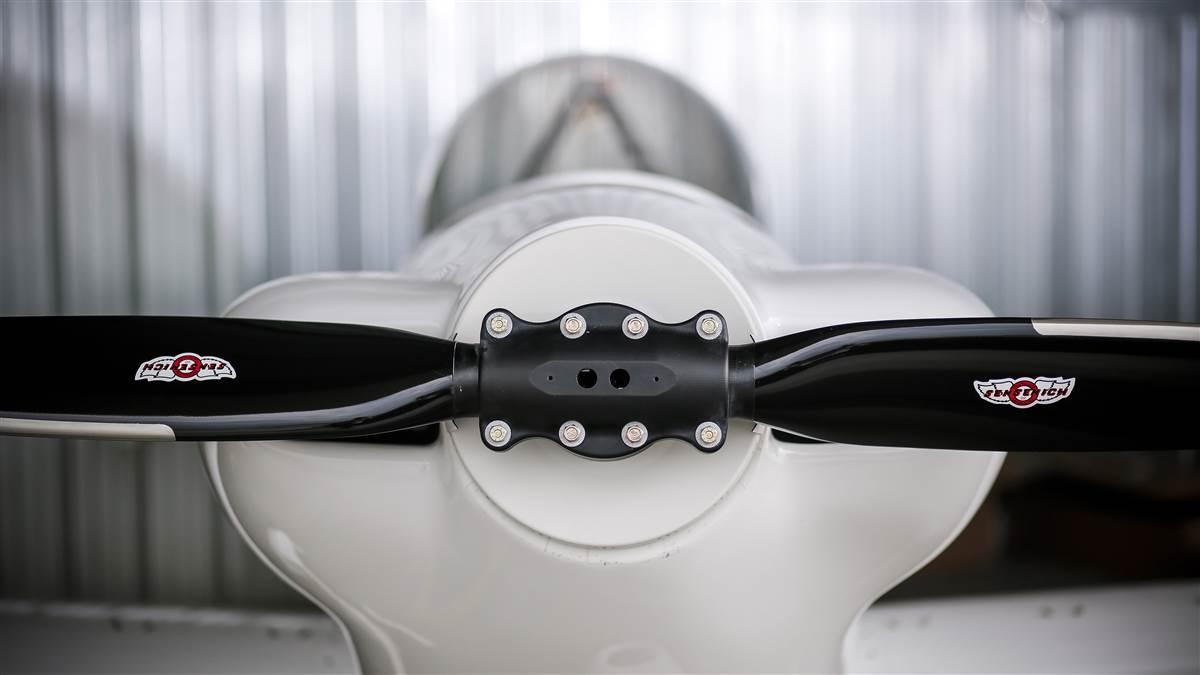 Spiraling slipstream (aka propwash): A twisting column of air thrown off the propeller that at low airspeeds and high power can strike the tail and yaw the airplane to the left.

Gyroscopic precession: The prop is an excellent gyroscope, and when you push on a gyro, it deflects 90 degrees ahead in the direction of rotation. Taking off in a taildragger can trigger a left yaw motion when the tail is raised.

P-factor: At high angles of attack the downward-turning propeller blade has a higher angle of attack and produces more thrust, and that tends to push the nose to the left (assuming the engine turns the prop in the standard direction).

Torque: Blame Sir Isaac. His Third Law commands the airplane to move in the opposite direction—with the same force—as your engine and prop, rolling the airplane on the longitudinal axis.

Aviation propellers have advanced from hand-carved mahogany to metal-clad laminated hardwoods, to aluminum, to traditional composite, and finally to resin transfer carbon fiber. They commonly feature two, three, four, five, six, and even eight blades; but the Antonov An–70 is the propeller superstar with 14 blades on each of its four engines.

Among pilots, the preferred number of blades spurs passionate debates. The more blades you have for a given engine, the smaller they can be in diameter, which reduces the tip velocity and thus propeller noise. But increasing the number of blades reduces overall efficiency. Any combination of airframe, engine, and prop arrangement is a compromise.

Like the number of blades, the shape of propellers sparks lively conversation in hangars when the ceiling is too low to fly. Propeller tips come in pointy, rounded, and square. What’s the difference? Generally, the sharper the tip, the faster the airplane's top speed, but the less lifting thrust you’ll get; while the squarer the tip, the better the climb, but at the cost of speed.

The choice of propeller of—number of blades, tip shape, size—can have a dramatic impact on the performance of an airplane. For instance, Hartzell’s Scimitar Top Prop three-blade conversion kit for the Cessna 182 family boosts climb performance over the factory prop, increases cruise speed, and is quieter. It’s sexy on the ramp, too. But what most pilots don’t realize is that there’s nothing new about the asymmetrically swept scimitar blade. It was the most common propeller shape in the early 1900s.

Speaking of the early days, airplanes weren’t the first flying machines to use propellers: After trying to steer hot air balloons using rowboat oars, hand-spun props were introduced in 1784. These first props were designed more like boat propellers and didn’t work all that well. It was the Wright brothers who first developed the correct shape of propeller to move an aircraft through the air, essentially a perpendicular spinning wing.

In fact, a prop really is a wing. The spinning airfoil creates a low-pressure area at the face of the prop and a high-pressure area at the back of the airfoil, generating thrust to draw (or push in the case of a rear-mounted engine) the airplane forward. The Wright brothers’ props were heavily twisted, but even today’s propellers maintain a twist, having a bigger bite at the hub and flattened tips.

Why the twist? The blade tips rotate faster than the hub, as they have farther to travel as the prop spins. To avoid a stall—being airfoils, props are subject to all the same aerodynamic factors that your wings are—and to maintain uniform “lift,” a constant angle of attack along the span of the blade is needed. This is accomplished by twisting the blade from the hub to the tip. 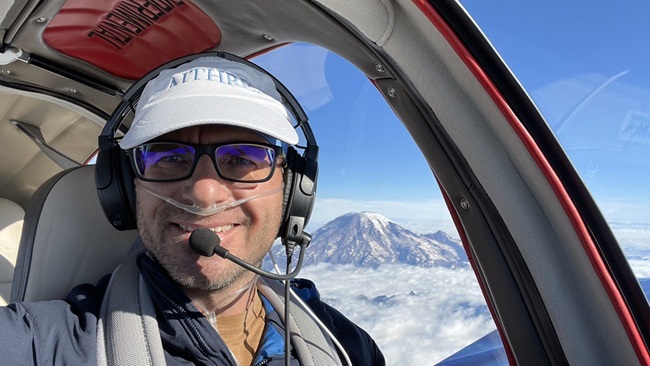 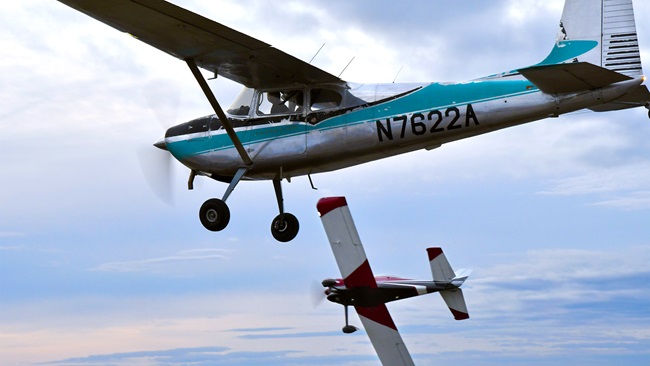