Get the app Get the app
AOPA Members DO more LEARN more SAVE more - Get MORE out of being a pilot - CLICK HERE
News & Media Proficient Pilot: All in the family

Proficient Pilot: All in the family

A third-generation Schiff takes to the skies

Until my son, Brian, turned 14, I had no way of knowing if he was interested in learning to fly. He had never said a word about it. Then one day it came out of nowhere. “Hey, Dad. Will you teach me to fly?” 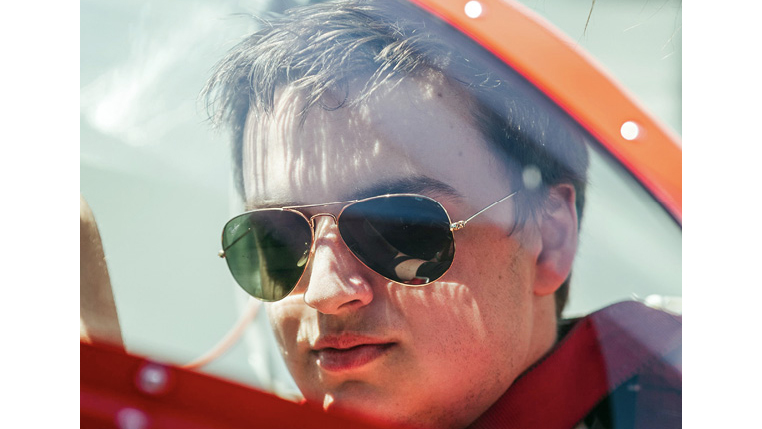 Jon Schiff
Barry Schiff's parents were opposed to his becoming a pilot until learning about airline passes for family members.

“Are you kidding?” I blurted. “Nothing would please me more.” I had never asked if he wanted to fly for fear that he would say yes just to please me. It was important to me that it be his idea. This meant more than father and son sharing a common interest. His wanting to fly told me more than words could express that he approved of what I did and who I was. Many of you know that Brian’s drive and passion resulted in him being hired by TWA when he was only 21. He now is an Airbus captain for American Airlines.

This explains why I knew exactly how Brian felt when his son—obviously, my grandson—Jon, confronted him with the same life-changing question. I felt and shared Brian’s excitement. And just as I had purchased a Citabria in which to give wing to my son’s ambition, Brian did the same for Jon. He made the painful decision, however, not to personally teach Jon in the family Citabria because he had no experience instructing a presolo student from the rear seat of a taildragger. He instead vectored Jon to Mark King, a gifted taildragger and aerobatic instructor at nearby Santa Paula Airport. When Mark gave Jon the approving nod to make his first solo circuits, Brian; his wife, Lynn; my wife, Dorie; a cluster of Jon’s friends; and I were there to witness the event, hiding behind hangar doors to prevent the new solo pilot from discovering the celebration awaiting him. I recognized the pride beaming from Brian and wondered if Jon had any idea how special he would regard this moment for the rest of his life.

Not surprisingly, Mark later introduced Jon to aerobatics, which whet Jon’s appetite for more. At home, he searched YouTube and other portals for aerobatic videos, studying some and becoming fascinated by others.

His absolute favorite aerobatic pilot is Rob Holland, who performs maneuvers never before seen at airshows. He holds 19 U.S. national championship titles and is a five-time World Freestyle Aerobatic Champion. When asked how he got his start in aerobatics, Holland says with a grin, “When I was a kid, the models suspended from my bedroom ceiling were hanging upside down.”

One day recently, Mark was scheduled to give Jon an aerobatic lesson in his Pitts S2. When Jon arrived at the airplane, however, Mark told him, “I’m not feeling well today, but there’s someone else here to take my place.” At that pre-arranged moment, Rob Holland walked up to Jon with an outstretched hand. You have never seen such a stunned expression on anyone’s face. (Holland was in town to coach some aerobatic pilots, and he and Mark are friends.)

Both pilots donned parachutes, buckled themselves into the Pitts, and departed for what will always be regarded by Jon as one of the most exciting flights of his life. “We did a whole bunch of stuff including tumbling and double hammerheads. It was exhilarating.” Holland enjoys taking up youngsters to inspire them and veterans to say, “thank you.”

Jon will be attending the University of North Dakota this fall and majoring in aeronautical science. It also is where he will be earning his advanced ratings. He says that he chose UND not only because it is a great school but because he hates heat. He certainly won’t have to worry about that in Grand Forks, North Dakota.