Get the app Get the app
Already a member? Please login below for an enhanced experience. Not a member? Join today
News & Media Opinion: Savvy maintenance
Sponsored by Aircraft Spruce

Misfueled! When piston airplanes are fueled with Jet A, bad things can happen

On March 2, 2008, a turbonormalized Cirrus SR22 was destroyed when it crashed shortly after takeoff in Rio de Janeiro, Brazil, killing all four people aboard. Shortly after the aircraft departed from Runway 20, the engine lost power, and the airplane hit a building and exploded. Further investigation revealed that the aircraft had been refueled with Jet A instead of 100LL. 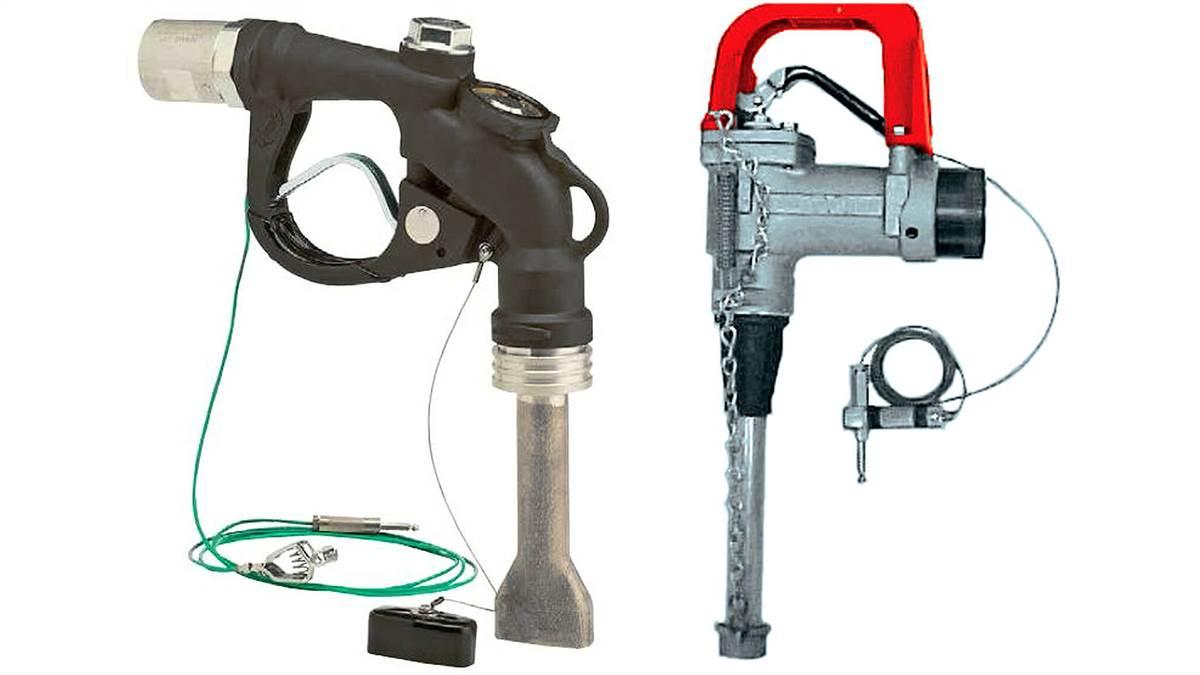 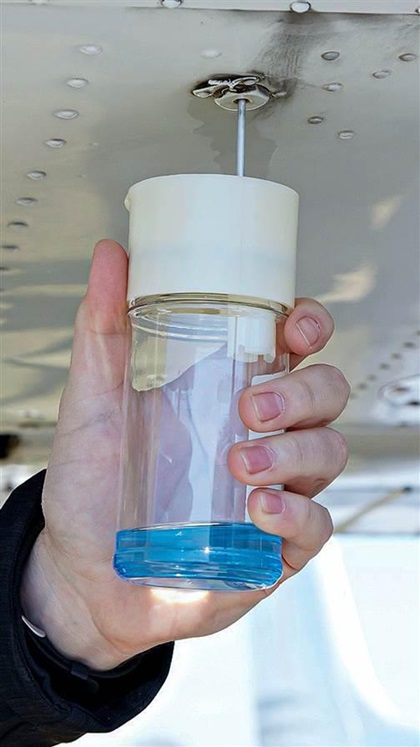 I had a similar incident in 1992 when my Cessna Turbo 310 was misfueled with Jet A at California’s San Carlos Airport, a busy GA airport just south of San Francisco International Airport. Fortunately, I caught the (mis)fueler in the act.

Normally, I either fuel my aircraft myself at a self-serve pump or watch it being fueled when avgas is supplied by truck. On this occasion, I’d radioed for the fuel truck and waited patiently for it to arrive. After 10 minutes, Mother Nature intervened and required me to go inside the terminal building to find a bathroom. By the time I took care of my pressing business and returned to the ramp, a fuel truck was parked by my airplane and a lineperson was pumping fuel into my right main tank. As I approached the aircraft, I observed to my horror that the truck was prominently labeled “Jet A.”

At first, I was not too worried, because I believed that misfueling my airplane with Jet A was physically impossible. In 1987, all turbocharged twin Cessnas (like my T310R and the 421B) became subject to AD 87-21-02, which mandated installation of restrictor ports on all fuel filler openings, designed to make it impossible to insert an industry standard Jet A nozzle, while accommodating the smaller-diameter avgas nozzle.

The AD was issued because the FAA became aware that many misfueling incidents and accidents had been occurring in turbocharged aircraft. Many of these aircraft were prominently decorated by the factory with the word “Turbo” and apparently FBO line personnel were confusing it with “Turbine” and pumping Jet A into the tanks.

When I arrived at my airplane, I discovered that indeed my left main tank had been topped with Jet A. How could that have happened? A subsequent investigation by the local flight standards district office revealed that the Jet A fuel truck at San Carlos Airport had not been fitted with the correct spade-type nozzle.

I spent hours trying to find an A&P on the field who would assist me in purging the fuel system of its witches’ brew of 100LL and Jet A. (This was years before I became an A&P myself.) The fueling company was falling all over itself to be helpful—I’m sure they were worried about liability—but had no mechanics or maintenance capabilities. Several maintenance shops were on the field, but none wanted to go near my contaminated airplane for fear of the potential liability exposure. Finally, I persuaded one director of maintenance to help me out after writing and signing an omnibus waiver absolving his shop and its employees of any liability in connection with their work on my aircraft.

The purging process itself was eye-opening. We drained the tanks as completely as possible, putting the noxious avgas-Jet A mixture into a 55-gallon drum provided by the fueling company (which had agreed to deal with the costly disposal of the nasty stuff). We disconnected the fuel line going to the engine-driven fuel pump and drained all the fuel from that as well.

Next, five gallons of 100LL (donated by the fueling company) was poured into the main tank, pumped through the system using the electric boost pump, and drained from the disconnected fuel line into a five-gallon bucket. We tested the fuel in the bucket for Jet A contamination by means of “the paper-towel test.” A few drops were placed on a paper towel and allowed to evaporate completely. Pure 100LL will not leave an oily ring on the paper towel, but even small amounts of Jet A contamination will leave an obvious ring. The stuff in the bucket flunked the test.

When I arrived at my airplane, I discovered that indeed my left main tank had been topped with Jet A. How could that have happened?Another five gallons of 100LL were poured into the tank, and the process repeated. Once again, it flunked. We had to repeat the procedure three more times before we were satisfied that the system was essentially kerosene-free. We reconnected the fuel line and cowled up the engine. The fueling company topped off the airplane (at no charge). Finally, six hours after the misfueling incident, I was good to go.

I learned some important lessons that day. Perhaps the most important is that it’s impossible to distinguish pure avgas and a mixture of avgas and Jet A by color alone. My main tanks had been about half full of avgas, so after the misfueling they contained roughly a 50-50 mix. If you take a jar full of pure 100LL and another jar with a 50/50 mix of 100LL and Jet A, I guarantee you will not be able to see any difference in color or clarity between the two.

I had not realized that before. I was always taught that you sump the tanks and observe the color—100LL is blue and Jet A is straw colored. What I was not taught is that a mixture of 100LL and Jet A is also blue and that you simply can’t tell the difference visually.

I was also taught that since Jet A is significantly heavier than avgas (6.7 versus 5.85 pounds per gallon), the Jet A and 100LL will separate just like oil and water with the Jet A at the bottom (where the sump drain is) and the 100LL at the top. That’s true, but only if the contaminated fuel is allowed to sit for hours. It turns out that 100LL and Jet A mix quite well, and the mixture takes a surprisingly long time to separate.

I still shudder to think what might have happened had I not spotted that Jet A truck in front of my airplane.

There are at least two good ways to distinguish pure 100LL from kerosene-contaminated 100LL. One is by odor: Jet A has a distinctive odor that is detectable even in small concentrations. The other (and probably best) is by using the paper-towel test: Pour a sample on a white paper towel, let it evaporate, and see if it leaves an oily ring.

Think of Jet A as being fuel with a zero-octane rating. Any piston engine that tries to run on pure Jet A will go into instant destructive detonation. In real life, however, we don’t encounter that situation because our fuel tanks are almost never completely dry when the aircraft is refueled—or misfueled.

The real-world problem is not running on pure Jet A, but on running on a mixture of 100LL and Jet A. Depending on the mixture ratio of the two fuels, the effective octane rating can be anything between zero and 100. A mixture with a lot of Jet A and just a little 100LL might be detectable during runup. A 50/50 mix might not start to detonate until full power is applied, and the engine might fail catastrophically 30 seconds or 3 minutes after takeoff. Just a little Jet A contamination might produce only moderate detonation that might eventually cause spark plug nose core insulators to crack or might not be noticeable at all. Like so many other things in aviation, it all depends.

Have a maintenance question? Submit your questions to [email protected].

The Cirrus SR22 accident in Brazil and the Cessna 421B accident in Texas remind us that the problem of misfueling is still with us, despite the efforts of the FAA to eradicate it. As pilots, we need to be vigilant. Always watch your airplane being fueled if you possibly can. Make sure its fuel filler ports are equipped with restrictor openings. Don’t just look at the fuel you drain from your sumps, sniff it—and if there’s any doubt, pour some on a paper towel.