Get the app Get the app
News & Media Transatlantic traps

By Travis Holland; as told to Andrew Gallagher

In some ways, it was a mission much like the many others I’d had in the past: provide in-aircraft type training to a pilot in an aircraft I had never flown before, a Cessna Caravan, with a powerplant I knew very well, the venerable PT6A, and then escort the pilot and airplane across the North Atlantic to Iceland. With about 30 crossings under my belt at that point in late 2009, I was pretty comfortable flying the North Atlantic. 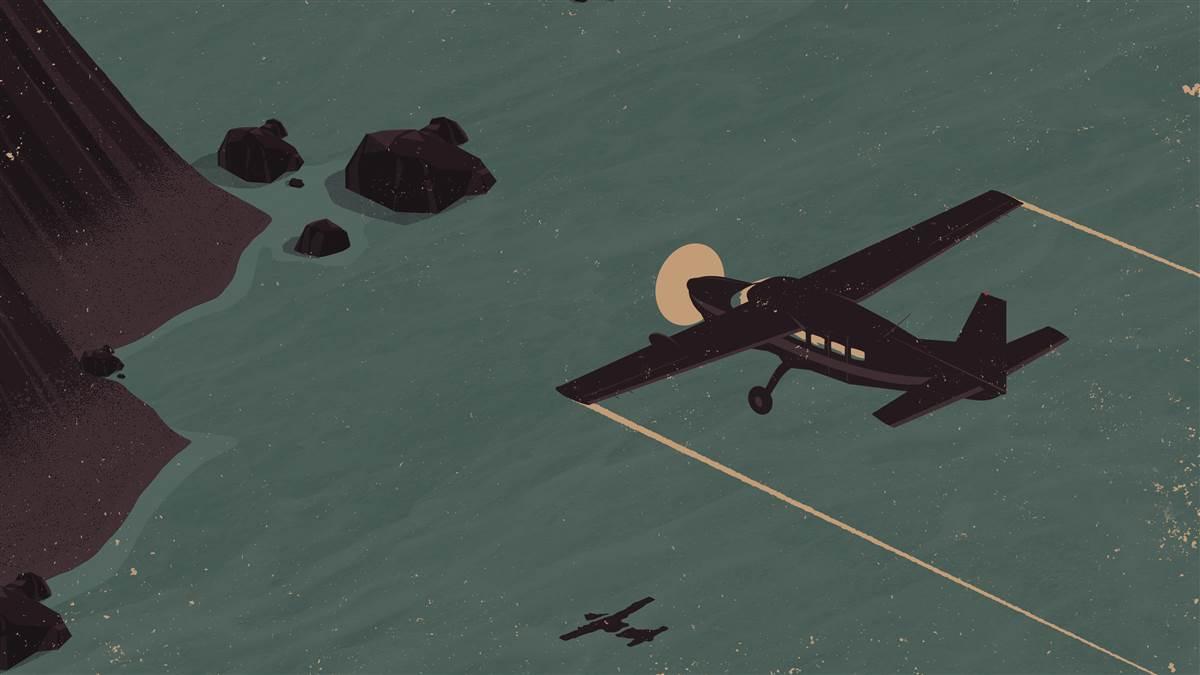 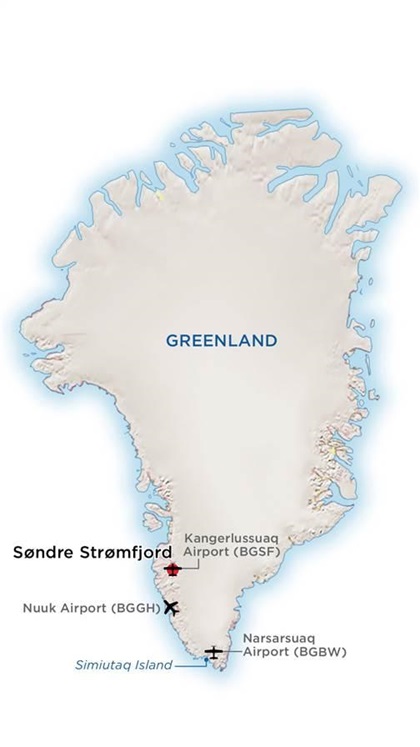 I had also been following light aircraft events in the North Atlantic and was fortunate to have had an earlier, educational encounter with one of the surviving ferry pilots of a three-airplane ferry mission in which a Cirrus SR20 fatally ditched in the ocean in 2007 after a catastrophic engine failure. Then, the 2008 passing of a well-known ferry pilot in a Cessna 310 caused by a fuel-starvation accident en route to Iceland had taught me that full tanks is the only oceanic fuel level that was acceptable.

Narsarsuaq, Greenland (BGBW), on the southern end of the glacier-covered island, is the traditional ferry stop between Goose Bay in Canada and Iceland.

Because of terrain, the best available instrument approach to the runway at Narsarsuaq at that time was an NDB/DME approach with 1,500-foot minimums and a 3-mile visibility requirement, contrasted with the typical, 200 feet and half-mile approach standards at airports equipped with ILS approaches. The nearest airport—the only usable alternate—is 150 nautical miles away, with prevailing tailwinds on approach, a very short runway, and usually worse weather than Narsarsuaq. Add to this that the Narsarsuaq airport weather forecasts are not issued through the night, and a morning update is required to fully understand the current situation.

When I checked the weather in Goose Bay before breakfast, the forecast was still generally good, with only a “few at 800” in the weather forecast for Narsarsuaq, with a 3,000-foot prevailing ceiling.

While “few” signifies one-eighth sky coverage and does not constitute a ceiling, I had learned an exception on a previous ferry flight, when a closed coffee shop in Ottawa before departure to Narsarsuaq meant we were airborne 15 minutes earlier than planned. This allowed us to witness a Narsarsuaq white-out from the ramp instead of during the approach. When the cloud is between the missed approach point (MAP) and the runway threshold, even one-eighth sky coverage can result in not being able to continue the approach to landing.

But, most important to me, when I checked the prevailing winds at FL240 I saw a southwest flow aloft. That southwest flow can bring moist air and low clouds to southern Greenland.

At breakfast, I informed my client I would need to delay our departure an hour or two while I replanned our flight to a different airport in Greenland. The sullen reception to this news was disappointing, but my duty was to safely shepherd the flight across the ocean.

I settled on flying from Goose Bay to Nuuk, Greenland (BGGH), with Sondrestrom airport as an alternate. Nuuk is more than 250 nautical miles north of Narsarsuaq, and Sondrestrom (BGSF) another 150 miles north/northeast of Nuuk. Both have approaches with 400-foot minimums and Sondrestrom is located inland, where the coastal weather does not pack the same punch.

We launched in the Caravan about two hours behind schedule and commenced a quiet flight to FL190, as my client was still frustrated with my conservative approach to aviation and above 12,000 feet the oxygen masks precluded much of the already minimal conversation in the unpressurized cabin.

One hour into the four-hour-30-minute flight across the Davis Strait, I called the Greenland meteorological office on the portable sat-phone. While difficult to hear clearly, the words were unmistakable: “A blizzard is forming across southwest Greenland moving northwest.” Another call in hour two revealed Nuuk was now showing snow and 400-foot ceilings. But our alternate, Sondrestrom, was still showing high ceilings and good weather. At hour three, Nuuk was down to 300 feet, below minimums, in heavy snow. Nuuk also has a short, 2,500-foot-long runway up on a plateau like an aircraft carrier. The Caravan is no slouch for runway performance, but the ceilings below minimums, heavy snow, and short runway were adding up to a really poor landing environment.

Four hours into the flight, there was no question of our intentions. We remained at FL190, sipping fuel above the weather; and crossing Nuuk NDB, we turned north toward Sondrestrom, landing just 15 minutes before official closing time and a hefty $1,500 after-hours surcharge.

The normally orderly Sondrestrom airport that day was a little discombobulated. Rather than a small crutch of airport workers meeting us for formalities, we self-parked without any welcome committee. After a few moments, we were approached and informed that there had been an accident on the ice cap and a medevac helicopter was en route with the injured pilot. Then, we watched as a stretcher was unloaded with the pilot of a Piaggio P.180 and loaded into a waiting Beechcraft King Air. (For more on that accident, see “A Crossing Gone Wrong,” July 2015 AOPA Pilot, Turbine Edition.)

We did not fuel and continue on toward Iceland that night, and thus avoided the $1,500 after-hours charge. We also declined the $1,200 per night hangar option. In the morning, we enjoyed a karmic $1,800 aircraft deicing event for our frugality the night before. The next stop, Keflavik (BIKF), was an uneventful leg in day-VFR conditions, and this was my final destination. I would depart on an airliner back to Seattle, while the owner of the aircraft continued on to his destination of Kuala Lumpur, Malaysia.

To this day, I have never regretted treating the North Atlantic with respect and learning from the weather maps, the forecasts, and the actual weather observed on each and every crossing. Having a backup plan for your backup plan is not such a bad idea in this part of the world.

Travis Holland is president of Shepherd Aero in Bellingham, Washington. 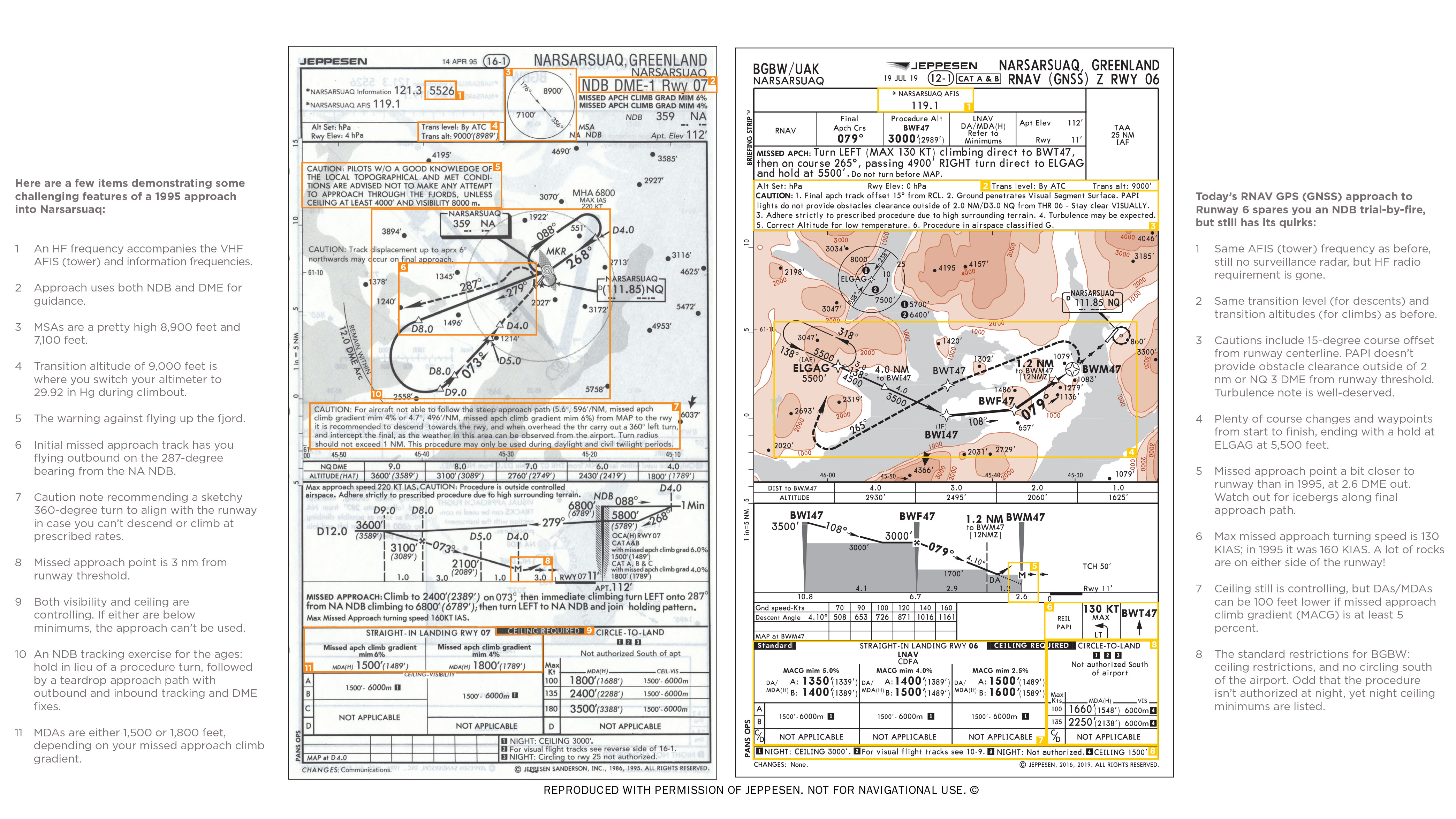 The airport at remote Narsarsuaq, Greenland, has rightfully earned its place in aviation history—and lore. Built by the U.S. Army in 1941 and named “Bluie West One,” its purpose then, as now, is to serve as a strategically placed fuel stop along direct trans-Atlantic routes from Canada to Scotland. After leaving Goose Bay eastbound, or Reykjavik westbound, it’s a lonely 700-plus- nautical-mile, watery crossing before you spot Greenland’s coast. You’ve certainly had enough time to look over the approach plates to BGBW (the “BW” is a nod to the wartime “Bluie West”). One look at them and you’ll be hoping for good VFR for the arrival.

The airport is at the end of a fjord—a flooded canyon—and surrounded by high terrain. Maneuvering is tight, and the RNAV (GNSS) Z approach to Runway 6 proves it. (Changes in magnetic declination brought a change to the runway’s orientation. In 1995 it was Runway 7; now it’s Runway 6.) Then there are the minimums. For light airplanes, your DA/MDA ranges from 1,350 to 1,600 feet, depending on your climb performance. Terrain penetrates your final approach path. The missed approach point is 2.6 nm from the runway threshold. And it will be a hard left turn for the missed approach. Thinking of circling? Think again if it’s IMC. Minimums jump as high as 2,250 feet, and whatever you do, stay to the north of the airport; a 3,000-foot cliff is right next door.

For these reasons, and more, it’s best to think of BGBW as a VFR-only airport. If coastal fogs or low clouds fill the fjord, you’ll never see the airport, even at minimums. You can fly the approach and take a look, but most simply divert to the Nuuk or Sondrestrom airports before even descending. Here’s hoping you have enough fuel to reach them.

It’s a different story if it’s a good-VFR day. That’s when the camera comes out to grab shots of the fjords and icebergs. But BGBW has traps even when it’s severe-clear. Coming from Goose, pilots wanting to sightsee would traditionally do a “fjord approach,” meaning they’d fly visually up the fjord leading to BGBW. At low altitude, between the fjord’s cliffs. The feeling is breathtaking, but this maneuver has its own traps. First, finding the correct fjord. Greenland’s coast is loaded with them. Ever read Ernest K. Gann’s Fate Is The Hunter? (No? You should.) Then you know that pilots back in the 1940s used a half-sunken trawler as a landmark identifying the fjord leading to the airport. But the trawler was almost halfway up the 50-nm-long fjord. Fly any farther and you’re committed: A 180-degree turn in this box canyon would have a doubtful outcome.

Assuming you’re in the correct fjord, you fly to what looks like its end, then turn left. The airport will soon appear off to your right. Configure to land—quickly!—and make for the threshold. Whatever you do, don’t turn right at the end of the fjord. It’s a dead end.

There is an NDB—Simiutaq, frequency 279 kHz if you have an ADF—to help identify the correct fjord. It’s on an island at the fjord entrance. (In World War II this was “Bluie West 2.”) The half-sunken ship? It sank completely, some 20 years ago. But even if you fly the fjord, stay at an altitude above the peaks. Somebody strung a power cable across the fjord several years ago. It runs to a small village—Narsaq (NDB frequency 404 kHz)—on the north coast of the fjord. It’s 400 feet high near Narsaq, and it runs to 2,000 feet high at the opposite shore.

The list of cautions runs on and on. The tower opens at 1100Z and closes at 2000Z, and the airport is closed on Sundays and Greenland holidays. The tower controller makes weather observations and the occasional TAF, so don’t expect any weather information until he shows up for work. If you simply can’t wait, then you’ll have to pay for a special observation. Land when the airport’s closed? It’s a $1,500 fine, and you’ll be fenced in by a locked gate.

But hey, it’s not all bad! Every pilot should visit BGBW at some point in their flying life. The GPS approaches to BGBW sure beat the old NDB-DME workouts of yore; there’s a nice planning room at the tower; the walls are covered with military-unit and corporate logos; and the Hotel Narsarsuaq is there should you get weathered in. I stayed there once, when 60-knot surface winds howled for days. I had a whale-meat dinner and visited a nearby pilot’s house. In one room was a museum dedicated to the airport, complete with photos of the early days, when a steel-matted runway paralleled the coast, and the town was swollen with soldiers. Walking back to the hotel in the fading daylight, I noticed the house was chained to the ground. 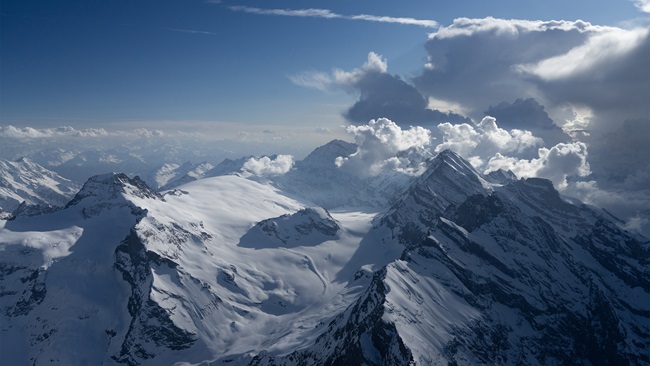 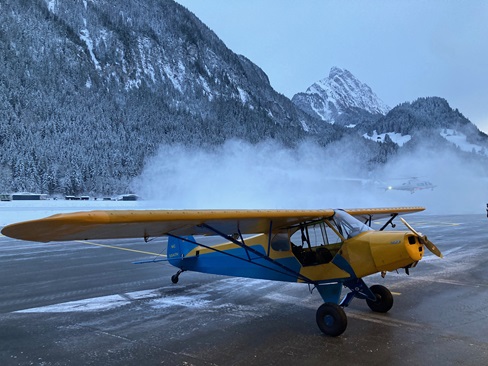