Get the app Get the app
Already a member? Please login below for an enhanced experience. Not a member? Join today
News & Media GAMA design challenge winner awarded Stimpson scholarship 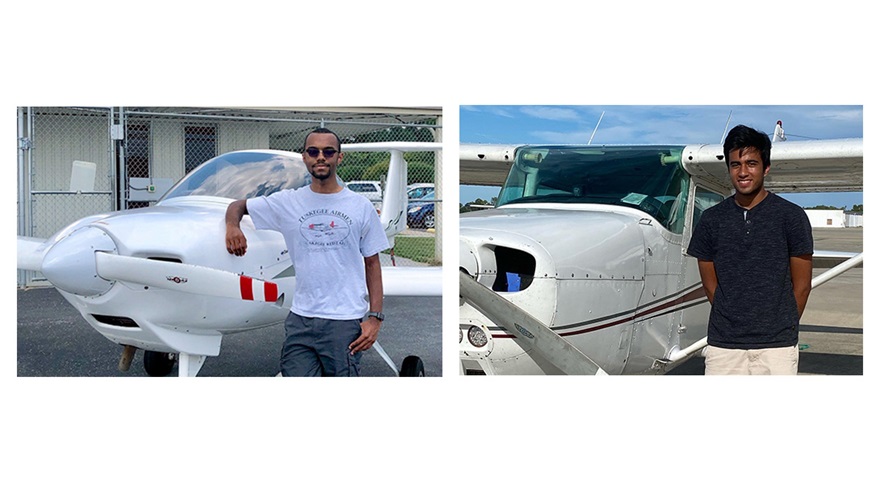 Daniels was a member of the 2020 Riverwood International Charter School team that applied science, technology, engineering, and math skills to X-Plane technology to squeeze maximum performance out of a virtual aircraft. More than 80 high schools in 35 states entered the competition, which was more challenging than usual because teams had to practice social distancing during the height of the coronavirus pandemic. Daniels plans to attend Embry-Riddle Aeronautical University and then pursue a professional pilot career.

Leahey is enrolled at Georgia Northwestern Technical College and is pursuing an aviation maintenance technician career.

Four female aviators were awarded flight training scholarships by the Wings for Val Foundation valued between $500 and $5,000 so they can pursue their aviation dreams. The foundation is named in honor of U.S. Navy Lt. Valerie Cappelaere Delaney, a naval aviator who died during a jet training mission in 2013.

Muskogee Airmen establish scholarship to honor one of their own

The Muskogee Airmen Flying Club established a flight training scholarship in honor of club co-founder Tim Allison to enable a local high school student or young adult to obtain a private pilot certificate at zero cost. Allison died in an April airplane accident at age 28. “When he and I founded this club in December of 2019, our mission was to promote general aviation for the youth in our community,” recalled co-founder Mack Parks. Allison started the flying club so “he could share his passion for aviation with individuals who may not otherwise be able to afford flying lessons,” the club announced June 9.

The Organization of Black Aerospace Professionals and United Airlines will host an online session to explain how potential airline pilots can become eligible for the United Aviate program and one of four comprehensive scholarships provided by the organization. The airline plans to hire more than 10,000 pilots in the next decade. Registration for the June 23 seminar closes June 22.