Robert (RJ) Rudzitis was in high school when he first caught  the aviation bug. He was gifted a discovery flight in a North American SNJ-5 Texan  at the Commemorative Air Force in Camarillo, California, and was so enthralled  with the experience that he decided he wanted to be a professional pilot. Having researched many colleges and universities, he decided to apply to California Aeronautical University (CAU). 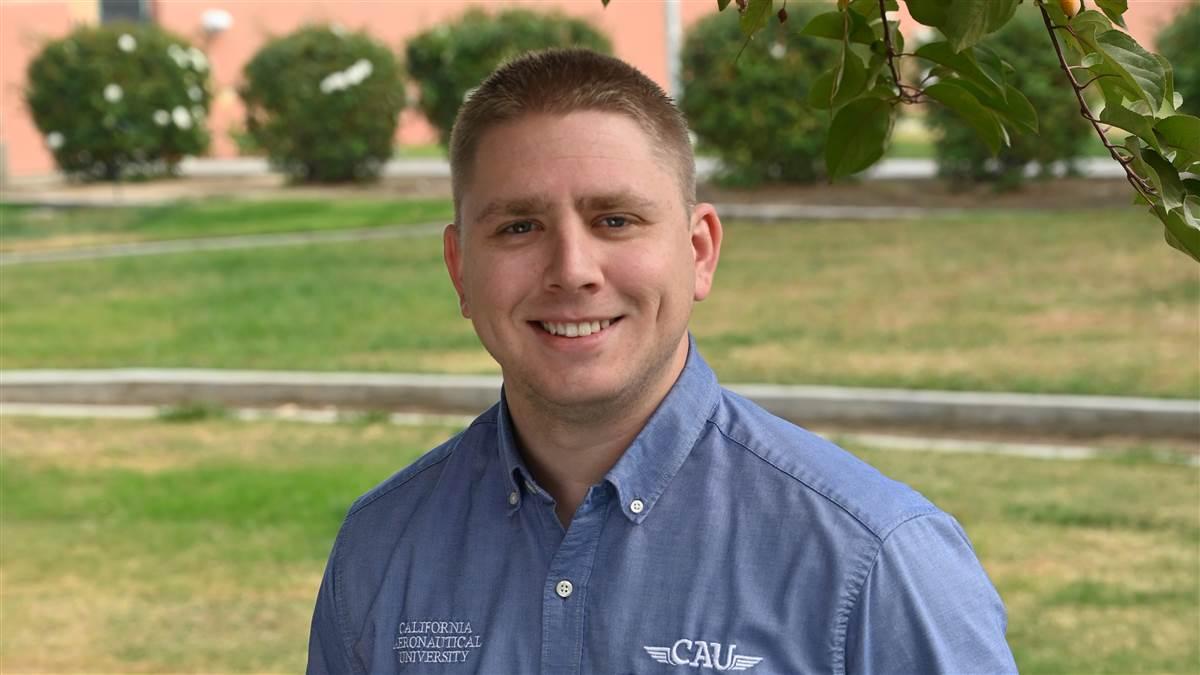 One of the biggest challenges in fulfilling the pilot shortage is opening the eyes of younger generations to possibilities outside of traditional careers. Many educational centers of influence do not know enough about aviation or enter this career field. After being introduced to aviation, one student found not only an aviation university to help him become a professional pilot, but he also found his true passion as a role model for young aviators.

A year before graduating in the Bachelor of Science in Aeronautics program, RJ started flight instructing at CAU while accomplishing the remainder of his upper division courses. “I really liked the speed and efficiency of the program at CAU. It has an academy-like feel, but you are acquiring a degree as well,” said Rudzitis.

Training to be a professional pilot can come with challenges. Rudzitis soon learned that his fellow students were experiencing many of the same challenges as him. He appreciated the supportive environment provided by the students, staff, and faculty at CAU, which helped him overcome obstacles.

“I always doubted what I could do,” said Rudzitis. “The training you receive at CAU is designed to prepare you for anything and you will be surprised at what you really can do as a pilot.” 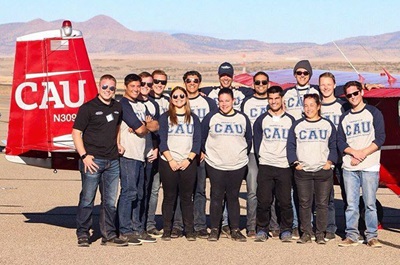 During his educational career, Rudzitis also established and became the head flight coach of a competitive flight team at CAU. He felt it was important for student pilots to explore other aspects of aviation. He managed the team through competitions, including the National Intercollegiate Flight Association (NIFA), and with only three weeks to prepare, placed fifth during their first competition. The teamwork, drive, and skill it takes to compete nationally is something he hoped his team would value and take with them throughout their aviation career aspirations.

Rudzitis earned his Bachelor of Science in Aeronautics degree in about three years including six certificates and ratings. After graduating, he accepted a position as a first officer with Mesa Airlines.

After his stint as an airline pilot, Rudzitis discovered that inspiring and motivating other pilots was his true passion. His long-term goal is to help as many young pilots achieve their goals as possible. “I try to be a role model and guide to help pilots with their training and motivation to be successful in aviation.”

When asked what advice he would give to future professional pilots he said, “Be committed to aviation. You do not have to be the smartest or most talented person to be the best in aviation. The people who are recognized as the best will always be the ones that have a commitment to the profession and a great attitude.”

His aspirations have paid off greatly and he is now enjoying his dream job as the assistant director of flight instruction at CAU’s main campus in Bakersfield, California. Rudzitis also enjoys a close relationship with many friends he made while a student at CAU.