An Atlanta flight school has thrived since beginning operation in May 2020, growing from one leased Cessna 172 and one instructor to eight aircraft and more than a dozen instructors in little more than a year despite the disruption, travel restrictions, and economic woes caused by the coronavirus pandemic. 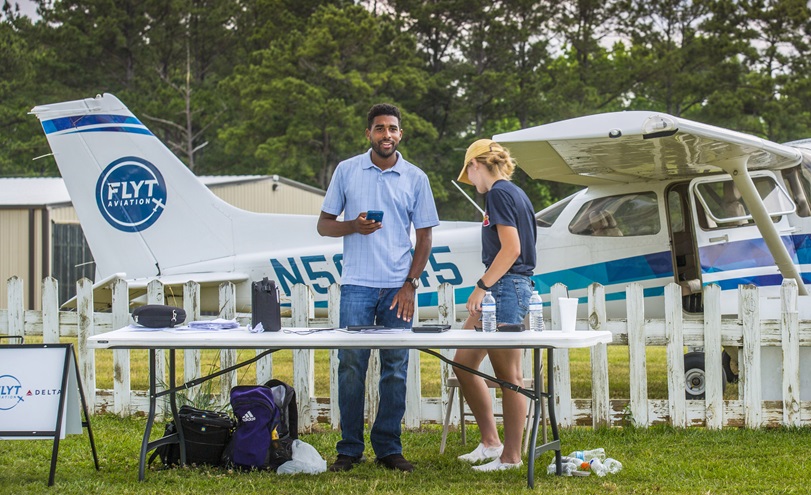 Flyt Aviation operates underneath the southern shelf of Hartsfield-Jackson Atlanta International Airport from Atlanta Regional Airport Falcon Field. This is fertile ground for aviation to thrive, thanks to the presence of Delta Air Lines, and many career pilots who established dozens of private airfields (many with grass runways) that have fostered a vibrant local aviation community.

Flight school founder Alex Hamlin dreamed of flying ever since he was a youth. The sound of jetliners and general aviation aircraft flying over Hamlin’s Georgia home made him look skyward, so he began flight lessons in earnest at age 15. However, plans to earn a private pilot certificate before obtaining his driver’s license were put on hold because of a foundering economy, unpredictable weather, and other factors.

As a young adult, Hamlin gravitated toward law enforcement in his native Atlanta before seeking out a public safety role in San Diego as the coronavirus pandemic began. Instead of shelling out a couple of thousand dollars on Southern California rent, Hamlin moved back East to stay with his parents and banked the cash. 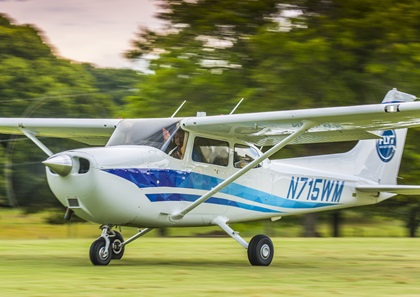 The repurposed money went toward renting a Cessna 172 Skyhawk and helped secure a flight instructor as he again pursued his dream, but Hamlin soon found it was “a challenge to secure an independent instructor and an airplane at the same time.”

Hamlin connected with Doug Hallberg, a McDonnell-Douglas MD–80/90 captain for a major Atlanta airline who was transitioning to a Boeing 757 before commercial air travel plummeted. Hallberg, a member of the Full Throttle Formation Team of Van’s Aircraft RV pilots, found the travel slowdown meant he had ample time to dedicate to the new school. J.R. Pigg, a former F–16 pilot, Boeing 767ER captain, and Full Throttle flight leader became the assistant chief pilot for Flyt Aviation after retiring from Delta.

Word of mouth spread that Hamlin had an affordable rental aircraft and serious CFIs, but he held onto his emergency services job while the flight school took shape. “The next thing I knew I had a bunch of instructors and a bunch of students” in a school situation that he described as “ad hoc.”

It was a family affair as younger brother, Kyle, created a Flyt Aviation website and a logo. Their father, Harlan Hamlin, an instrument-rated multiengine pilot, provided encouragement and aviation industry contacts. Their mother, Janine Hamlin, was “super supportive” of the family’s aviation efforts while the plan to stay near home “for six to eight weeks” instead stretched “into six to eight months.” 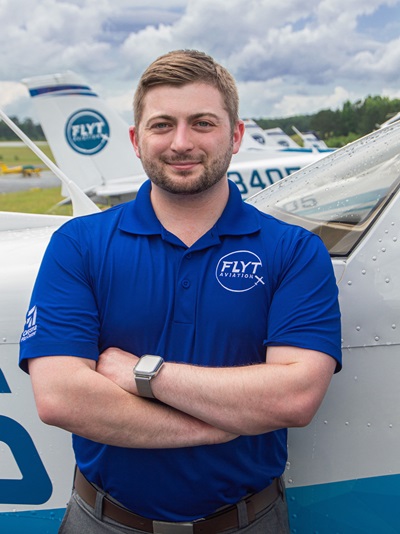 Hamlin started with a single Skyhawk and soon figured out financing for a second, and rounded up a handful of additional airline pilots with flight instructor certificates to teach. The Skyhawk acquisitions and a cadre of flight instructors allowed Hamlin to complete his training and he earned a private pilot certificate in 2020.

When he added a Piper Warrior, demand again outstripped resources and sent Hamlin scurrying back to the classified ads for more inventory. He added a brand-new Cessna 172 Skyhawk to the mix, an additional “round dial” Skyhawk, and a Piper Seminole for multiengine work. “That brought me up to six airplanes,” reserved through a website with lock boxes scattered along the ramp, but no permanent home.

In December he learned a flight school facility at the airfield that mainly catered to overseas students had abruptly closed its doors. He moved into the space and created a permanent home for the burgeoning business. “We were going gangbusters last year and when we got that office space, everything changed. All the things a business needed finally came together. We saw substantial growth and business doubled in that first month” at the permanent location.

He brought on Trisha Roberson as chief administrative officer—and she is now his fiancée. “We’ve known each other for almost 10 years, and I needed help on the administrative side, and someone who could communicate with pilots. It takes a unique person” to handle the multiple roles “and she has those qualities.” 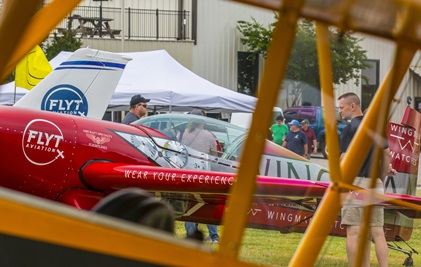 The company added a full-time director of maintenance who is also a commercial pilot, as well as a communications manager who is a tailwheel specialist, and “the team keeps growing. These people are not just employees, they’re part of an integral pilot community. They’re huge, huge bases of experience and knowledge,” Hamlin pointed out.

In the first quarter of 2021 the school traded the Warrior for a brand-new G1000-equipped Piper Archer with air conditioning. “We have two additional G1000-equipped Cessna 172 Skyhawks bringing our fleet to eight and we’re looking to expand,” he said.

Flyt Aviation was named a Textron Aviation Cessna Pilot Center in March and was recently announced as a Delta Propel pilot career path program partner. “It’s a huge, prestigious honor, with less than one year in business,” Hamlin admitted. He was quick to compliment his flight instructors, staff, and family for providing the foundation for a successful operation.

“I put our instructor talent at the top of metro Atlanta, the Southeast, and possibly even the country. What makes us so unique is that it’s such a strong pilot community. Airline pilots do this because it’s fun and because they love to fly. They don’t do it for the money.” 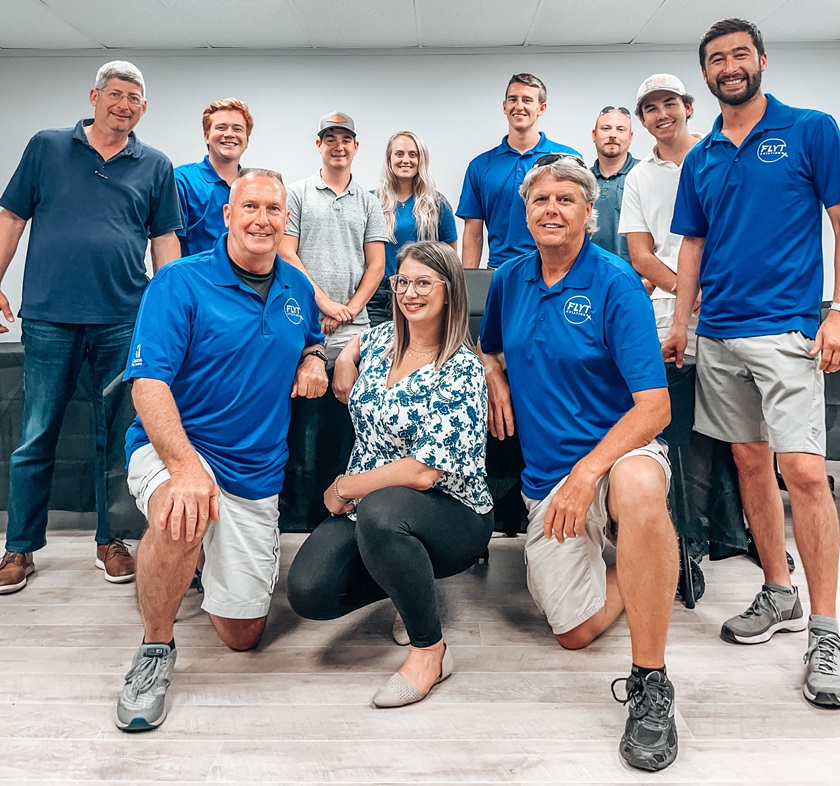 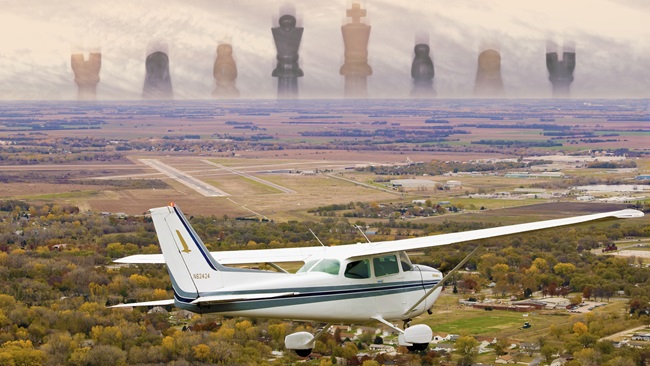