Get the app Get the app
Already a member? Please login below for an enhanced experience. Not a member? Join today
News & Media Technique: Off-airport landing 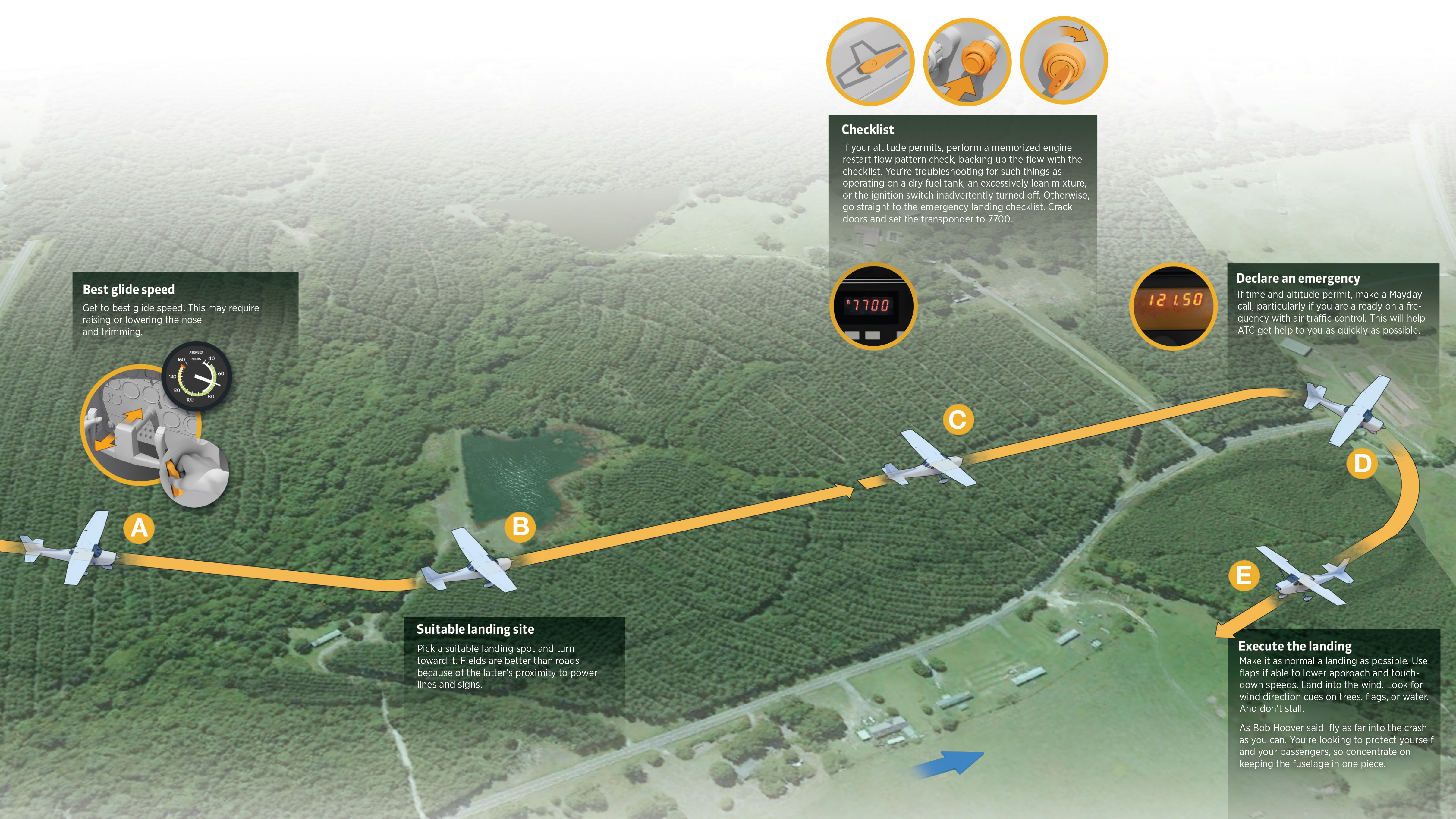 Click on image for hi-res version.
Illustration by Charles Floyd

Test pilot and airshow legend Bob Hoover liked to tell new pilots to, in the event of a forced landing, “fly the airplane as far into the crash as you can.” Student pilots train constantly for emergency landings so that, should one occur, they will react promptly and automatically. After you become a certificated pilot, you should strive to drill forced landing procedures so that the rote learning doesn’t fade. Increase the odds of a successful outcome by filing and opening a VFR flight plan, or ask for flight following so that someone somewhere knows where you are and where you’re supposed to be.

An easy-to-remember method for troubleshooting during an engine failure is as simple as A, B, C.

C—checklist. If running a flow, back it up with your checklist.

D—declare an emergency (squawk 7700 or give a Mayday call).

Best glide speed is almost always found in a level flight attitude. So set the attitude and let the airplane accelerate or decelerate to best glide. In most airplanes, full nose-up trim results in best glide.

Suitable lannding site: Pick a suitable landing spot and turn toward it. Fields are better than roads because of the latter’s proximity to power lines and signs.

Checklist: If your altitude permits, perform a memorized engine restart flow pattern check, backing up the flow with the checklist. You’re troubleshooting for such things as operating on a dry fuel tank, an excessively lean mixture, or the ignition switch inadvertently turned off. Otherwise, go straight to the emergency landing checklist. Crack doors and set the transponder to 7700.

Declare an embergency: If time and altitude permit, make a Mayday call, particularly if you are already on a frequency with air traffic control. This will help ATC get help to you as quickly as possible.

Execute the landing: Make it as normal a landing as possible. Use flaps if able to lower approach and touchdown speeds. Land into the wind. Look for wind direction cues on trees, flags, or water. And don’t stall.

As Bob Hoover said, fly as far into the crash as you can. You’re looking to protect yourself and your passengers, so concentrate on keeping the fuselage in one piece. 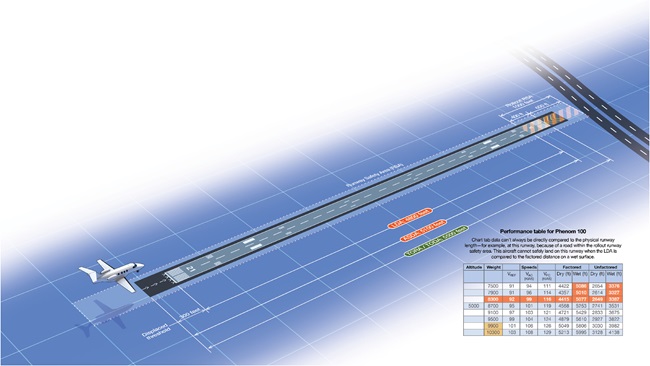 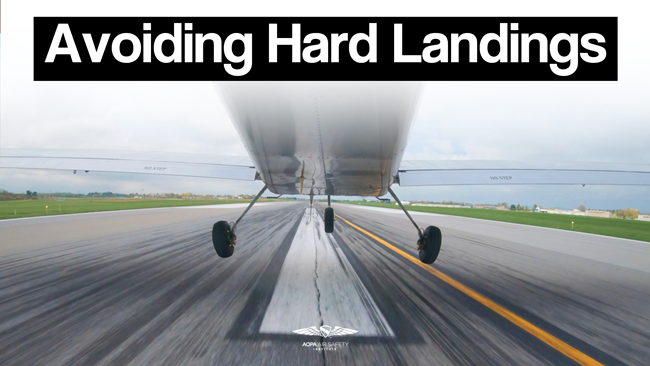