Get the app Get the app
Already a member? Please login below for an enhanced experience. Not a member? Join today
News & Media Destinations: Rochester, New York

The lilacs are in bloom

Famously known as the home of Eastman Kodak, early film for motion pictures, easy-to-use cameras for everyman, and the first digital camera, as well as birthplace of Xerox and Bausch & Lomb, Rochester is not only an innovative town, but a picturesque one, too. 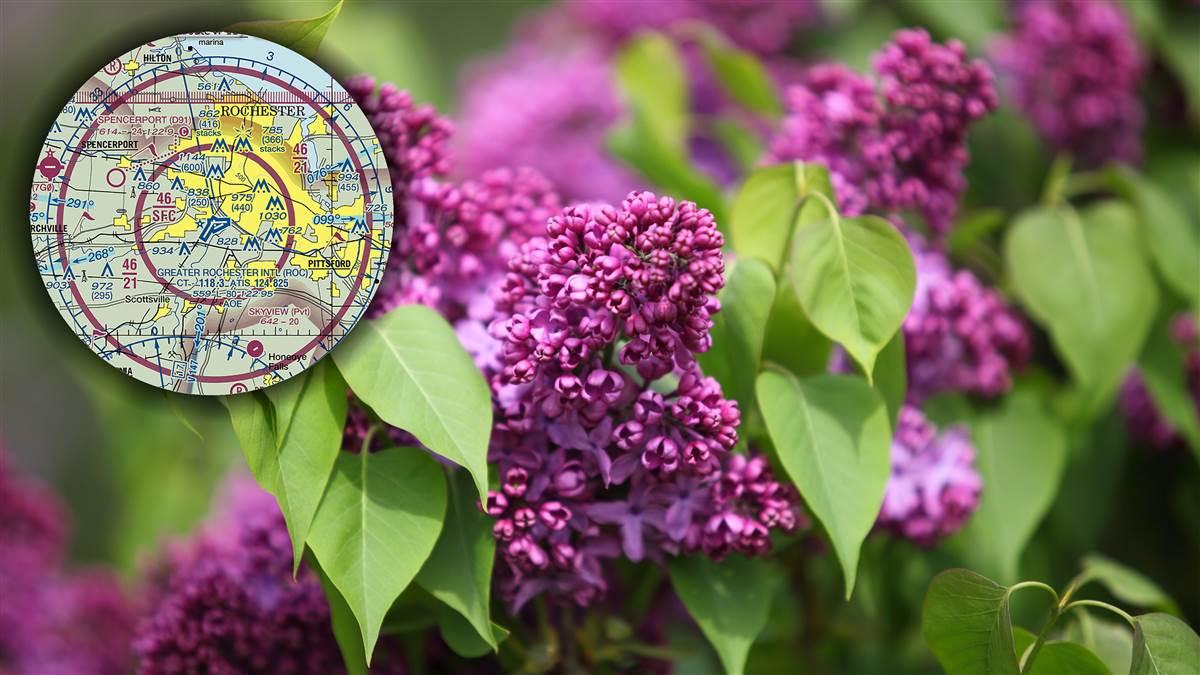 GETTING THERE
Frederick Douglass Greater Rochester International Airport (ROC) is a big, busy airport, but it is very general aviation friendly. AOPA was scheduled to hold a 2020 fly-in here but it was canceled because of the COVID-19 pandemic. The airport has three runways—8,001 feet, 6,402 feet, and 4,000 feet—and you’ll be welcomed at the GA-friendly smaller runway. The airport is just four miles southwest of the city.
rocairport.com

WHY YOU SHOULD GO
This could be your chance to check off that bucket-list item—fly over Niagara Falls! The famous towering waterfalls on the Canada/U.S. border are majestic, particularly when the sun catches the mist and presents you with a rainbow. The bird’s-eye view of 750,000 gallons of water per second plunging 167 feet is beyond impressive.
niagarafallsusa.com

Throughout the month of May and into June the city celebrates the park’s beautiful lilacs with the Rochester Lilac Festival and Flower City Days at the Public Market. With the largest free festival of its kind in North America, spring in upstate New York is welcomed here with exuberance.

Rochester is a foodie town with many interesting restaurants as well as breweries and distilleries. Wegmans Food Markets is headquartered here. French’s Mustard and Ragu were also once headquartered here (French’s at 1 Mustard Street). The Genesee River is home to the Genesee Brewing Co., which was established at the waterfalls in 1878. It is one of the oldest continuously operating breweries in the United States. The Genesee Brew House restaurant overlooks High Falls and the Genesee River Gorge.

Locals say you should try the “garbage plate,” a carb-loaded hodgepodge of food that originated at Rochester restaurant Nick Tahou Hots. French fries, macaroni salad, or baked beans are the first layer; these are topped with hot dogs or cheeseburgers or a combination of the two. Then “the plate” is topped with hot sauce, mustard, and raw onions. This is served with day-old Italian bread, which we were told is key. Visit Rochester offers plenty of other eating options (visitrochester.com).

Located just up the road from the Finger Lakes, Rochester is the metropolitan hub of this photo-worthy area. The 11 lakes—so named because their long shapes look like fingers—boast scenic drives, vineyards, and wineries; seaplane excitement; and the home of aviation pioneer Glenn Curtiss (see “Orville and Wilbur Who?” March 2020 AOPA Pilot).