Get the app Get the app
News & Media Quick Look: Daher TBM 700

Daher/Socata’s TBM 700 is now 30 years old and, despite being the first pressurized turbine single, it’s still the reigning speed champ of its category. 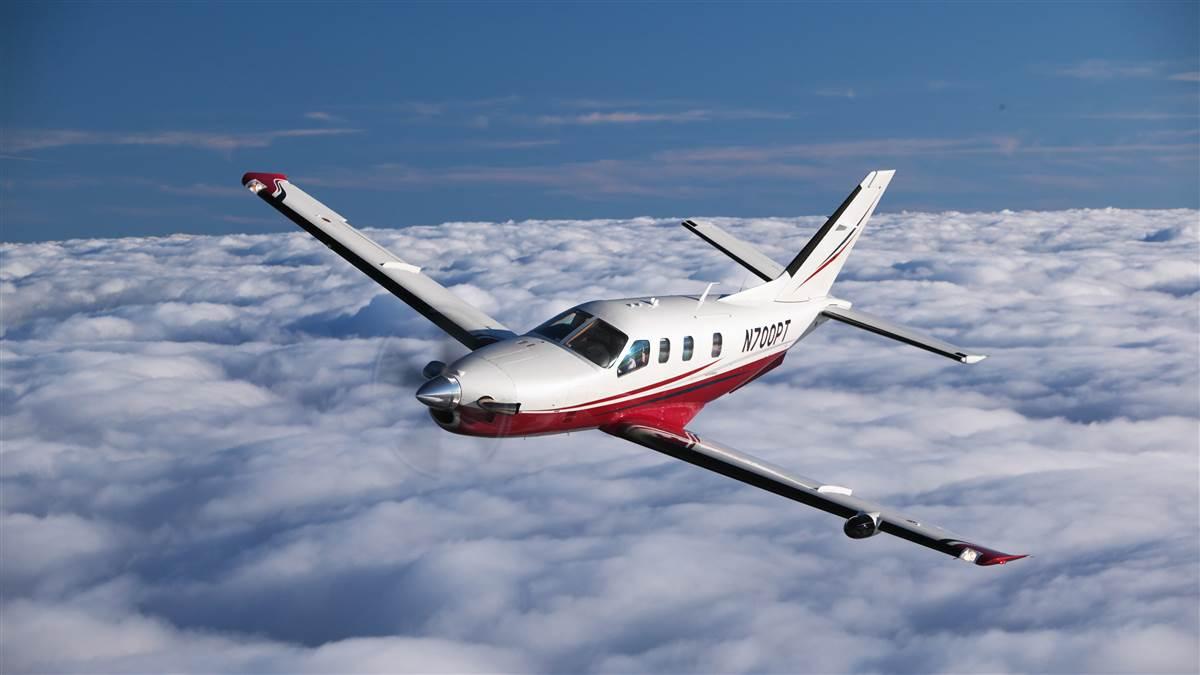 The 900-series TBMs in production today top out at 330 KTAS. The TBM 700 burst onto the scene in 1990 while GA was emerging from a 1980s slumber. Back then, the only nonmilitary single-engine turboprop was the utilitarian Cessna Caravan with its fixed gear, struts, and all the sex appeal of a box hauler. The much smaller TBM, originally a Mooney design, promised six seats, high speed, and pressurization all wrapped in an attractive package.

At the time of its introduction, the TBM 700 nearly doubled the speed of a typical complex piston single and coddled its occupants with pressurization and altitude flexibility all at a manageable 55 gph rate of fuel burn. In the pattern, it flew just like a complex piston single in terms of approach and landing speeds, making the turbine step-up process easy for pilots who could afford the steep entrance fee.

All turbine singles are hobbled by a 61-knot stall speed at maximum takeoff weight. Because of that, the TBM 700 and its follow-on models have a high-lift wing whose chunky looks belie the speeds of 280-plus KTAS the airplane is capable of. That motivation is taken care of by a 700-shaft-horsepower Pratt & Whitney PT6-64 that has a thermodynamic rating of 1,570 shp. That means the TBM’s engine can hold its flat-rated 700 horsepower to higher altitudes.

Early models have a maximum takeoff weights of 6,579 pounds. Typical useful load is in the range of 2,200 pounds. Like most airplane designs, TBM 700s gained weight with each new model year, progressively restricting useful load. Socata took a unique approach to this dilemma by beefing up the seats in later models to prove that raising the stall speed to 65 KIAS resulted in the same risk to occupants as the 61-knot speed did with the original seats. Socata also beefed up the landing gear to accommodate the now 7,394-pound maximum takeoff weight that appeared in the C2 models.

Other big changes to the 700 came in 1999 with the introduction of the B model and its large rear door and FL310 operating ceiling. Socata also added a dedicated pilot’s door, which was a $45,000 option in 2002. The C2 versions came in 2003 with increased gross weights and useful loads. Owners who have the pilot door like the ability to close the rear door from the outside to avoid an awkward waddle forward to the cockpit among seated passengers.

Avionics from the factory started out with BendixKing gear and later models had optional Garmin setups. Today, expect TBM 700s for sale to have different setups, including glass retrofits. Factory autopilot is the three-axis BendixKing KFC 325. Although the current entrance price of an early TBM 700 is as low as the price of a new piston single, the costs of stepping up to a turbine are sobering. Many owners say that the per-mile operational costs are in line with a high-end piston single (say, a Piper Mirage). But maintenance costs of $20,000 to $40,000 per year place the TBM in a new cost bracket.

Baggage capacity is somewhat limited compared to piston twins and the much larger Pilatus PC–12 competition. There’s a small nose baggage area and a larger area behind the aft seats. Center of gravity tends aft and pilots must remain vigilant with weight and balance. Ballast in the nose baggage may be required to balance heavy loads in the passenger compartment.