Get the app Get the app
Get the latest news on coronavirus impacts on general aviation, including what AOPA is doing to protect GA, event cancellations, advice for pilots to protect themselves, and more. Read More
Already a member? Please login below for an enhanced experience. Not a member? Join today
News & Media Worldwide flight simulator sales strong 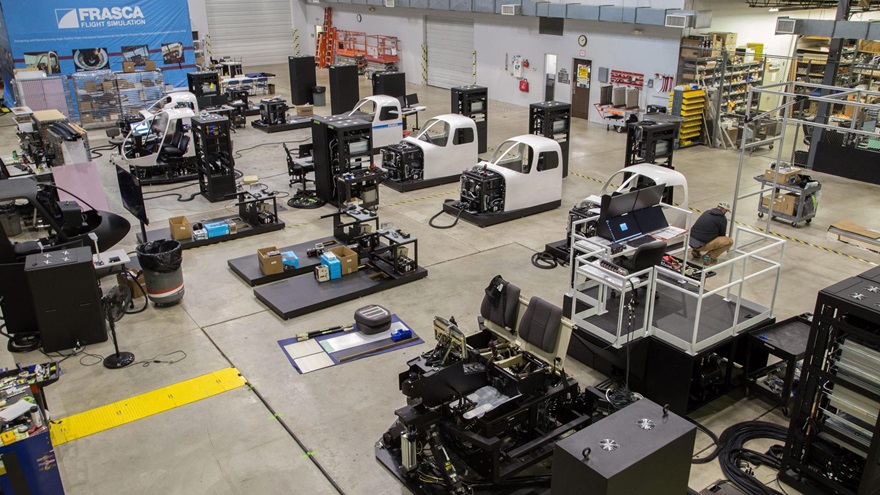 Frasca also reported that it received an order for an EC135 twin-engine turbine helicopter advanced FTD from Japan’s Tokyo Aircraft Instrument Co. The relationship between the two firms includes the delivery of a similar EC135 FTD in 2016, a Model 342 helicopter simulator in 1995, and a twin-engine fixed-wing simulator in 1991. Ground training at Tokyo International Haneda Airport began in 1966.

Texas-based Redbird Flight Simulations discusses how to solve bad flying habits, the pros and cons of a glass cockpit, and tips to reduce the cost of flight training.

Alsim announced simulator sales to flight training schools in Europe and Asia. Flyschool Air Academy in Spain renewed its confidence in Alsim with the purchase of a second reconfigurable single-engine or multiengine piston AL250 simulator. Worldwide, 65 AL250 models are in operation.

France’s Aérofutur based near the Pyrenees mountains recently purchased an ALX model that provides up to four classes of aircraft—from single-engine piston, twin-engine piston, and twin turbine, up to medium-category twin jets similar to a Boeing 737 or Airbus A320.

The France-based company also sold an ALSR20 flight simulator that mimics a Cirrus SR20 to Germany’s IFR-Flugschule Cirrus Training Center. The device reproduces the interior and flight deck of the four-seat single and is targeted at private pilot and instrument students.