Get the app Get the app
Get the latest news on coronavirus impacts on general aviation, including what AOPA is doing to protect GA, event cancellations, advice for pilots to protect themselves, and more. Read More
Already a member? Please login below for an enhanced experience. Not a member? Join today
News & Media Redbird releases flight training survey results

Redbird Flight Simulations released the results of an inaugural State of Flight Training Report from survey results the Texas company gathered in early 2021, and there is good news for students, flight training professionals, and general aviation. 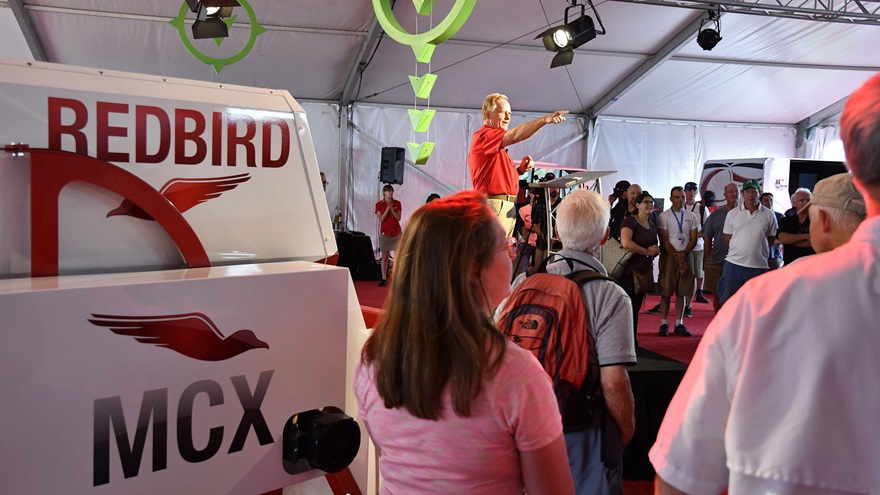 Redbird Flight Simulations released the results of a flight training survey that noted a "healthy, upward trend" while suggesting the aviation community could advocate to friends and family the benefits, costs, and safety of general aviation. Photo by David Tulis.

“Despite an unprecedented and unpredictable year, the data collected for the report describe a healthy industry on an upward trend,” the company said.

More than 2,400 people responded, and the largest group among them are private pilots, followed by those with instrument ratings.

Flight instructors with more than 20 years of experience made up the largest group of training personnel responding to the survey. Of those, more than 53 percent said they operated independently. Many independent instructors purchased or leased a used aircraft in 2020 and had similar plans for 2021.

Most pilots said they enjoyed flying, had personal or business travel plans that included GA flying, or had made flying a lifelong goal. A small percentage of respondents said they were motivated by pursuing flying careers.

The median price for flight instruction was found to be between $55 and $65 per hour and the rental price for training aircraft was $150 per hour. Simulator access was between $45 and $85 an hour, depending on complexity.

The survey asked about an aviator’s overall flight training experience, flight time, and aviation aspirations, as well as ideas about ways flight simulators can factor into flight training curriculum.

The biggest challenges faced by students and by flight training organizations were the uncertainties caused by the coronavirus pandemic, which included economic, health, safety, and travel concerns.

Most responses suggested that “flight training organizations are continuing to increase the size of their fleet and staff, flight instructors are content in their current roles, and students and pilots of all experience levels continue to train and express interest in pursuing additional ratings and endorsements.”

However, the results also suggested issues that the flight training industry must address to sustain long-term growth potential: “The discrepancy between the outcomes and expectations of flight training organizations and independent flight instructors illustrates a need for industry groups to provide more resources to flight instructors who lack the infrastructure and support of a large organization,” the report noted.

Another note of caution included the difference in how students and instructors view the use of flight simulators for training. “Students and pilots prize the advantages of simulation more than their instructors do,” the report said. The importance of reinforcing flight lessons in an aircraft with simulator training “could create friction” between instructors and their students as “customers continue to favor the adoption of cost and time-saving measures.”

The report also said that “80% of non-pilots have no interest in becoming pilots, even if cost was not a factor.” Redbird said the finding implies that an “addressable market” of 40 million people in the United States “may not appreciate the appeal of general aviation.”

The effects of the coronavirus pandemic influenced many of the survey responses. Redbird warned that flight training “is at a critical juncture. The larger organizations strengthened in 2020, and the smaller ones weakened. Without substantial changes, this trend is likely to continue in 2021, and many small and independent providers will be acquired or go out of business.”

The report concluded that it was “imperative” for the aviation community to advocate to “family and friends” the “benefits, costs, and safety of general aviation.”