Get the app Get the app
Get the latest news on coronavirus impacts on general aviation, including what AOPA is doing to protect GA, event cancellations, advice for pilots to protect themselves, and more. Read More
Already a member? Please login below for an enhanced experience. Not a member? Join today
News & Media Scouring the scene for special Skyhawks

As Florida’s flight training industry rebounds from the low ebb of 2020’s shutdowns, a Palm Beach flight school meets the high demand for pilot training with help from a resourceful pilot who has proven a whiz at finding and upgrading older Cessna 172s. 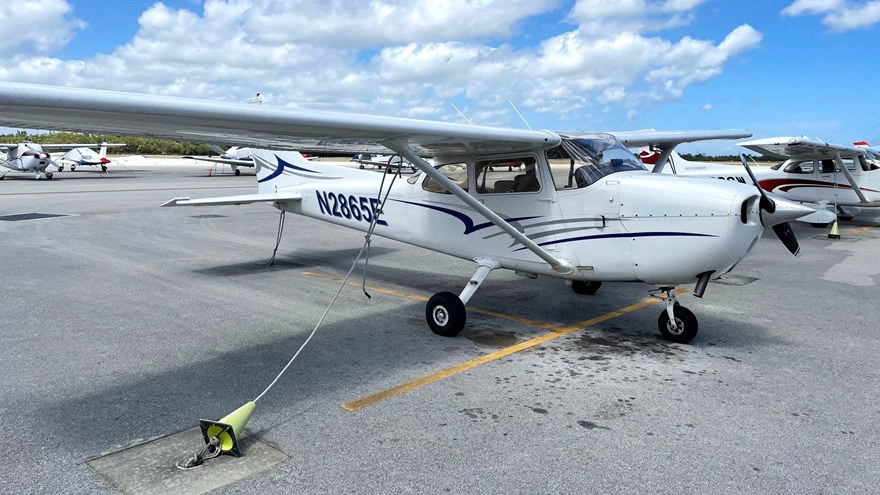 Robert Glidewell has proven a whiz at purchasing older Cessna 172s and getting them upgraded with new paint, interior, and avionics. After the aircraft are upgraded, he leases them back to a Florida flight school. Photo courtesy of Robert Glidewell.

They have replicated the basic formula six times in as many years: Robert Glidewell beats the bushes for scarce Cessna 172s of a certain vintage, which he buys and upgrades with new avionics and interiors. Then he leases the airplanes to Marian Smith’s flight school, Palm Beach Flight Training, where a largely airline-track student body is keeping 17 flight instructors busy flying at pre-coronavirus pandemic levels from Palm Beach County Park Airport.

You can’t be too fussy in a hot market for training airplanes. (How hot is the market? So hot that when he found his sixth Cessna 172, Glidewell secured the Skyhawk sight unseen—a first for him—and dispatched two of Smith's staff pilots to fetch it in Rhode Island.)

However, Glidewell, 43, who started off with one airplane and built up from there, sticks with a game plan that works: He seeks out N- or P-model Cessna Skyhawks, the 160-horsepower airplanes manufactured in the late 1970s and early 1980s—"looking under rocks and crevices,” he says—and sends them over to Tomlinson Avionics of Florida at Page Field in Fort Myers for a standardized installation of Garmin avionics. Next, the Skyhawk is bound for AirCrafter’s Refinishing at Sebastian Municipal Airport for application of a custom paint job. Then the aircraft’s interior gets attention at AeroTrim at Treasure Coast International Airport in Fort Pierce. On completion, it is off to the flight line in Palm Beach.

Tying up $55,000 to $60,000 for upgrades is a significant cost burden to carry for several months before the trainer generates any revenue. “But I believe it is the best way to go,” he said. “My rule of thumb is to never place an aircraft on the flight line that is not looking good and running good with good equipment.”

Glidewell estimates that the airplanes fly 85 to 130 hours a month at the flight school. The positive volume smooths out the economic ups and downs of aircraft ownership that would prove challenging for someone who owns only one aircraft and wants to enter a leaseback in hopes of defraying costs. 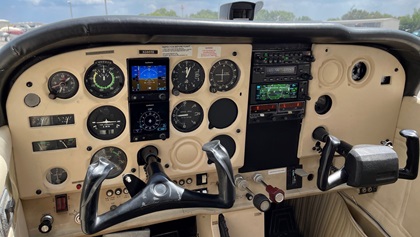 Glidewell has become what you might call a vertically integrated operator: On the demand side, he connects with the customer base by making weekly semi-anonymous visits to the airport to chat with the pilots who fly his airplanes. (Schmoozing comes naturally to Glidewell, whose day job is that of an energy-industry lobbyist.) On the supply side, he has connected personally with the shops that work on his airplanes, including making major purchases—like engines—himself.

“Nobody told me that stuff when I got started,” he said. “Most leaseback owners are operating blind. They don’t learn the maintenance business.”

Glidewell not only learned the maintenance side of his business, but he discovered that he loves “fixing airplanes and finding weird parts and negotiating engines.” Glidewell believes his refurbished airplanes with their Garmin avionics upgrades offer a “spectacular” choice for renters at hourly rates considerably lower than the newer, glass-cockpit alternatives.

Although he isn’t the only owner who leases aircraft to Palm Beach Flight Training—for a fleet that goes far beyond Skyhawks—he is the biggest operator, says Smith, who has worked with him for 15 of the 23 years her school has been in business.

The school’s website invites aircraft owners to consider leasing back an aircraft, noting that “backed with the proper documentation, this management agreement essentially puts you in the aircraft rental business, qualifying you for certain tax benefits and incentives not available to individual aircraft buyers.”

As Glidewell’s sixth Skyhawk was being readied for service in late March, there seemed little doubt that demand would quickly absorb the new supply.

Flight training, which dropped off 60 percent during the shutdown period of early 2020, Smith said, quickly picked itself up off the mat and has returned to pre-pandemic levels—one change now being protocols that require dispensing sanitizer to pilots before aircraft are dispatched, and wearing masks in the aircraft and within the school.

Inquiries about flight training are continuing, and “we couldn’t be happier with how we are doing after the shutdown,” she said, noting, “People are optimistic. I am optimistic.”

Glidewell said he would love to lobby his last energy bill in Washington, D.C., and turn to aircraft renovations full time. He figures “an airplane every nine months” would be a reasonable pace to plan, given capital needs and the time it takes to turn a trainer around.

He appreciates the boutique nature of the operation he and Smith have created, and how critical it is to his accomplishing that dream.

“She knows her business so well. I couldn’t be successful without having a partner like her,” he said. 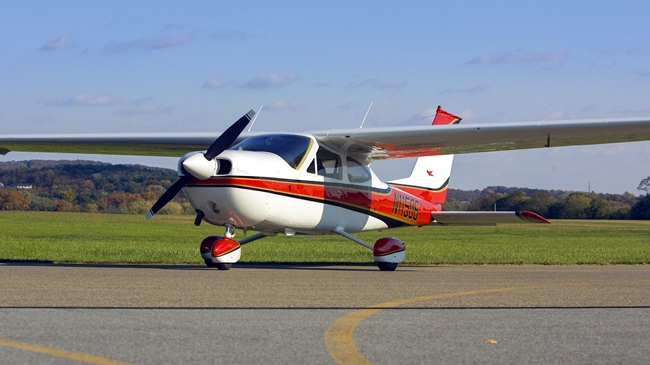 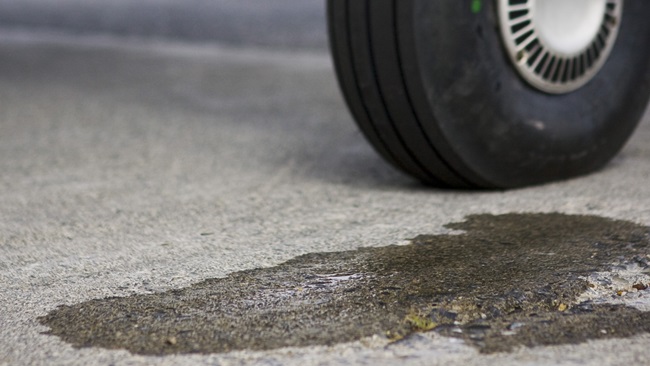