Get the app Get the app
Get the latest news on coronavirus impacts on general aviation, including what AOPA is doing to protect GA, event cancellations, advice for pilots to protect themselves, and more. Read More
Already a member? Please login below for an enhanced experience. Not a member? Join today
News & Media On instruments: Don’t get fooled

Tricked by your senses

Someone once wrote that flying on  instruments was “an unnatural act, punishable by God.” Although this quip was no doubt intended as a joke, we all know that flying in actual instrument meteorological conditions can carry some serious risks. 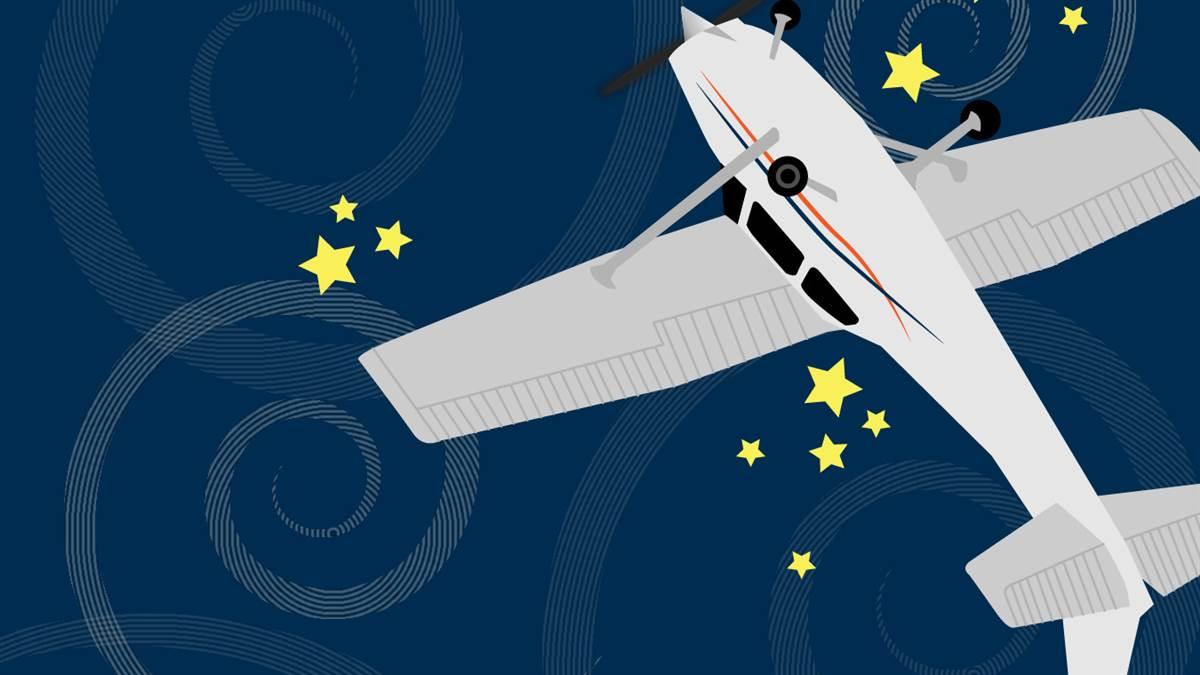 There’s the risk of making technique and procedural errors, poor decision making, lapses in judgment, and just plain staying ahead of the airplane. But there are physiological dangers, too. These can affect all of us, no matter how many hours and ratings we may have, how often we fly on the gauges, or the aircraft we fly.

These risks stem from a sort of mind-body disconnect that produces false illusions, and a variety of other physiological conditions that are often lumped under the term “spatial disorientation.” They can crop up any time a pilot is deprived of visual cues, or whenever the airplane’s attitude, acceleration, or deceleration makes the inner ear’s anatomy trick us into thinking we’re on a flight path or attitude that doesn’t correspond with reality. At its worst, these inner-ear dynamics can induce vertigo—that nauseous, spinning sensation that can cause us to lose control of the airplane.

The ear is a marvelous sensory organ that gathers sound and sends its impulses along to the brain for interpretation. Another function—determining posture and orientation—is carried out by the inner ear and is vital for keeping our balance. The inner ear works great when we’re standing, walking, or carrying out other routine earth-bound chores. In flight, it has its limitations.

The inner ear determines our physical orientation in space by using a system of three fluid-filled, semicircular canals connected to a series of small chambers lined with tiny hairs, or cilia. Otoliths—small crystals—move around with the liquid as we change our posture or tilt our heads. As they move, they come in contact with the cilia, which in turn are connected to nerves connected to the brain, which uses this information to help us stay oriented. When the otoliths move, we get new information. In flight, where they can move more rapidly, they give us false information as they slosh around in those chambers.

Accelerate suddenly, and you can get the sensation that the airplane is pitching up. This can cause you to pitch the nose down to “compensate.” Decelerate, and you’ll think the nose is pitching down, so you’re tempted into pulling up. Quickly level off from a climb, and you could be in for a crippling bout with a tumbling sensation or feel like you’re going to an inverted attitude.

Other situations involving less radical maneuvers can cause equally dangerous sensory illusions. Stay in a bank long enough, and the inner ear’s otoliths become stabilized in their new positions, giving us the feeling that we’re in a level attitude. You might notice the bank from instrument indications, but to the brain it feels like it just can’t be so. Respond by leveling the wings, and there’s the feeling that you’re banking in the opposite direction. Now there’s the urge to return to the original bank angle, back where things seemed level. This can lead to what has been traditionally called a “graveyard spiral.” If there’s a loss of altitude in the banking and rebanking—very common—then there’s the strong temptation to haul back on the yoke to stop it. This can tighten the bank angle in an escalating cycle until impact.

Instrument instructors and textbooks remind students to keep head movements to a minimum when flying in actual conditions. There’s a good reason: tilting your head while in a bank can induce vertigo. That’s because the inner ear’s fluid and otoliths are moving simultaneously and in different planes (the semicircular canals are oriented in three different angles). The upshot can be a combination of sensations that make you feel like you’re rolling and pitching at the same time. Obviously, this leaves the pilot unable to maintain controlled flight.

The eyes can also play mischief with the senses. On final approach to a long or narrow runway, it can appear as though you’re too high, tempting you to dive for the threshold. On an approach to a wide runway, or one with a downslope, you can get the feeling you’re too low. This creates an urge to raise the nose. One illusion can give you too much airspeed, and a long or hard landing. The other bleeds off airspeed at a critical time—when you’re at low altitude and close to the ground. 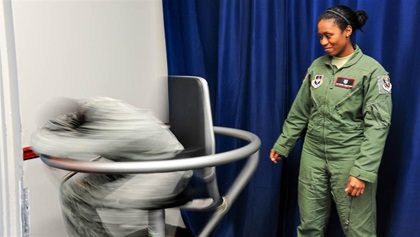 The “black hole approach” deserves some mention as well. On a night approach with no moon or starlight, to a runway surrounded by featureless and unlit terrain, it can indeed feel like you’re flying in a dark void. With no visual cues—except perhaps the runway lights—there’s no horizon, no way to visually judge your descent profile, and no way to visually assess your groundspeed as you close in on the runway. Confusion ensues as you try to come up with a nominal combination of pitch and power. Without a view ahead, illusions can take over, misleading you into flying too fast or slow, or at an incorrect pitch angle. Black-hole takeoffs can be equally dangerous, because any runway lights are fast disappearing behind you, instantly leaving you with zero visual references. Yes, you’re on instruments, but it can be a fight between what the panel tells you and what the body feels. Give way to an impulse, and loss of control can follow.

Are there any antidotes to disorientation and illusions? First of all, stay current on instrument flying, and believe your instruments. If you have a flight director, use its command bars to keep you focused on course and pitch guidance. If you have an autopilot or integrated flight control system, use them. Choose airports served by precision approaches, and simply defined arrival and departure procedures. Don’t fly with cold symptoms, as clogged eustachian tubes can affect the inner ear. As a most aggressive measure, consider avoiding night flights. Above all, make gentle control inputs, and move your head as little as possible. It’s hard to do, what with reading checklists, scrutinizing charts, and adjusting switches and dials, but try your best.

Fly long enough, and you’ll probably encounter one or more of the illusions and sensations we touched on here. I know I have.

The only way to safely experience those lomcevak-inducing vestibular disorientations is to get a ride in a device called the Bárány chair—a devilish device that spins you around. My father, who flew in World War II, talked about how the Bárány chair was used to disqualify prospective pilots. If you fell or puked after a session in the chair, you were out. He said he hated the chair, but so did everyone else. Wonder why.