To stay sharp, evaluate yourself on every flight

Do we really need someone else in the cockpit with us to tell us where we need improvement? Every couple of years, yes, we do. 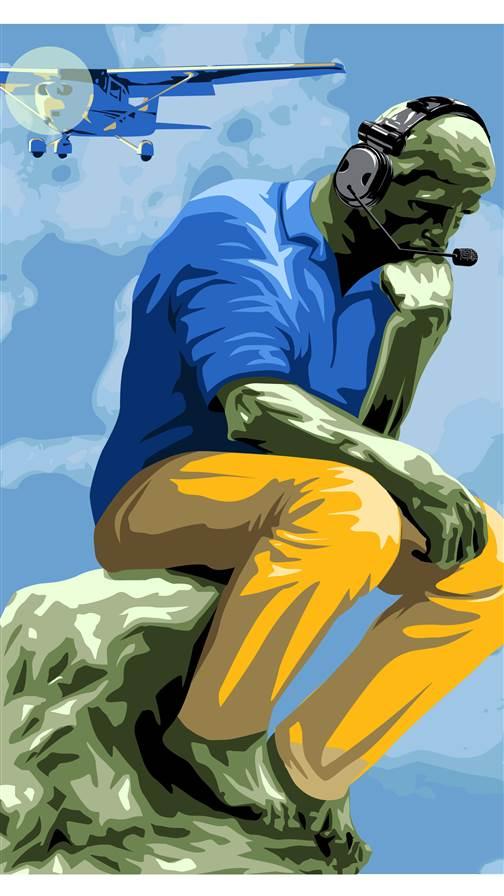 In almost every endeavor, getting perspective from a fresh set of eyes makes things better. That’s why the FAA requires pilots to fulfill the requirements for a flight review every 24 calendar months to fly as pilot in command. However, that’s not to say that the only time a critical set of eyes should be cast upon our flying is during a flight review. Every time we strap on an airplane, our own eyes should be the critical ones. Within certain limits, we should treat every flight like a flight review.

Every flight regime has elements pilots can easily evaluate. From walking out onto the ramp to unstrapping and getting out of the airplane, during each flight we can look at every one of the primary tasks and judge how accurately and correctly we’re doing them.

Perform a detailed preflight—every time. A preflight inspection is not just checking the oil and fuel and walking around the airplane looking for parts that may be falling off. We should be inspecting every mechanical factor that is critical to that particular type of airplane.

Taxi out with care. Courtesy, consideration, and safety should be central to taxiing. On nontowered fields, give way to other traffic. On all airports, when coming into the run-up area, try to position your airplane so you’re as far out of the way as possible to let heavier aircraft make it to the runway. Don’t park in the middle of the hold-short line as if you own the airport. On many airports there will be departing IFR traffic that has a timed departure. Be considerate.

Hold centerline on takeoff. The centerline stripe is about a foot wide and you’ll know you’ve done your job if the nose stays right on that stripe as the airplane accelerates.

Establish and control climb speed. Immediately after takeoff establish and hold best rate, or angle, speed within two knots. That means being aware of the nose attitude and making small changes to hold the speed. 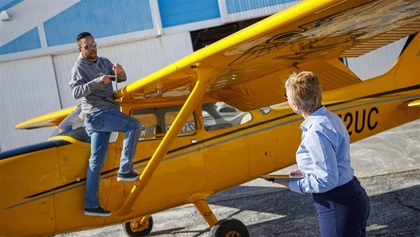 Correct for wind drift on climbout. We don’t have rearview mirrors in most airplanes, but we do our best to monitor the airplane’s ground track on climb and stay on the extended centerline.

Control for P-factor in the climb. During the climb and while at full power, just enough right rudder is held to keep the skid ball exactly in the middle for maximum climb efficiency. Any yaw, as indicated by a displaced ball, is eating into the rate of climb.

Level out and hold altitude. As the desired altitude is approached, gently lower the nose to level, then hesitate a second or two to let it begin to accelerate before bringing the power back to cruise settings. If the power is retarded during the push-over, the airplane will have a tendency to lose a little altitude as it accelerates.

Hold an exact heading. While on course, as determined by pilotage (landmarks) or GPS, determine the heading on the compass or heading indicator and hold it within a few degrees.

Visualize and hold a course line. While holding your heading, identify a landmark on course ahead of you and monitor to see if the heading is taking you toward that landmark. If not, adjust the heading a few degrees to correct for wind at that altitude.

Correctly use navaids. Rather than blindly trusting the GPS, back up your navigation with a paper or digital sectional chart. If the GPS screen you’ve been following goes dark, you’ll know where you are and the correct compass heading to be held. 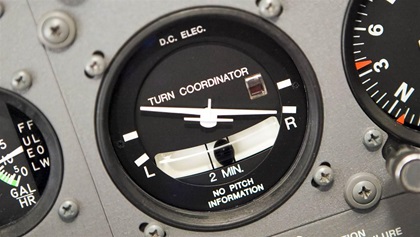 Plan your traffic pattern entry. Well before reaching the airport, determine the appropriate entry to the pattern and visualize flying it. This might mean over-flying at a higher altitude for a better entry position.

Exhibit situational awareness vis-à-vis other traffic. You’ve drawn the pattern in your mind and visualized where it lies on the ground ahead. While entering the pattern and flying it, constantly search all the legs and the general area for traffic. Pay attention to position reports from other aircraft in the pattern, and scan the area for other aircraft that may not be reporting.

Make appropriate configuration changes. Flaps, if available, are extended at the speeds listed in the pilot’s operating handbook and in the position that matches the airplane, the type of approach (power-on, power-off, for instance), and the runway.

Identify the desired touchdown point and hold the approach path to it. On approach, pilots should be focused on the threshold or numbers and have selected a spot approximately 500 feet down the runway as the touchdown point. Aim your approach path at the numbers or threshold, knowing you’ll float well past them while flaring. Hold the aiming point visually fixed in the windshield: If it’s moving up, you’re short, if moving down, you’ll land long. 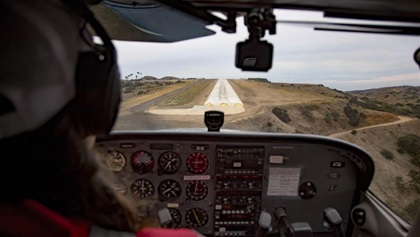 Control your speed. Keep the speed within three knots (preferably less) of the desired speed.

Flare at the proper height and burn off speed. Make it gradual, make it smooth.

Touch down on the mains and hold the nose off. To anyone watching, that kind of landing puts you in the rare group of people who add “pretty” to the list of adjectives that describe their landings. It’s a small, but easy to accomplish, detail that separates the real pilots from the drivers. Just hold the nose wheel clear of the runway, but don’t hold it there until it falls on its own. Gradually release the pressure and let it touchdown lightly.

Coast to a stop, with minimum braking. Everything about the landing, including the stop, should be smooth, with a certain amount of grace involved.

So, flight over, how did you do? If you want, you can establish a grading system. However, this doesn’t have to be a rigid contest in which you’re competing with yourself all of the time. It can be nothing more than a mental checklist that makes you aware of everything you’re doing in the airplane. So, in general terms, you judge each of those factors against what you know they should be. The hope is that just the knowledge that there’s a right and not-so-right way to do things will always be guiding your efforts. This awareness alone will make you a better, safer pilot.

What’s holding you back?

Reasons pilots’ skills are not what they should be

The private pilot airman certification standards for normal, short- and soft-field landings call for applicants to maintain the manufacturer’s published approach airspeed (or in its absence not more than 1.3 timesthe stall speed in the landing configuration), plus 10/minus 5 knots with gust factor applied.

If you navigate using GPS, make proficiency in the technology part of your self-assessment. Do you know how to verify your navigational guidance is coming from the GPS—and not the VOR also installed on the airplane? Did you enter the correct identifiers and activate your flight plan? Backing up your navaids by referencing landmarks on a chart will help give you the situational awareness needed to recognize when the guidance doesn’t seem right.

Looking for guidance to get the most out of training in a specific area? The AOPA Air Safety Institute’s Focused Flight Review profiles offer guidance for brushing up on weather, mountain flying, takeoffs and landings, aircraft systems, and more.
airsafetyinstitute.org/focusedflightreview

The main reasons pilots make mistakes or don’t fly up to their capabilities include, but are not limited to: