Get the app Get the app
Already a member? Please login below for an enhanced experience. Not a member? Join today
News & Media Training Tip: 'Tailwinds' and 'Blue Skies'

An email I received recently concluded with a one-word expression of good wishes: “Tailwinds.” 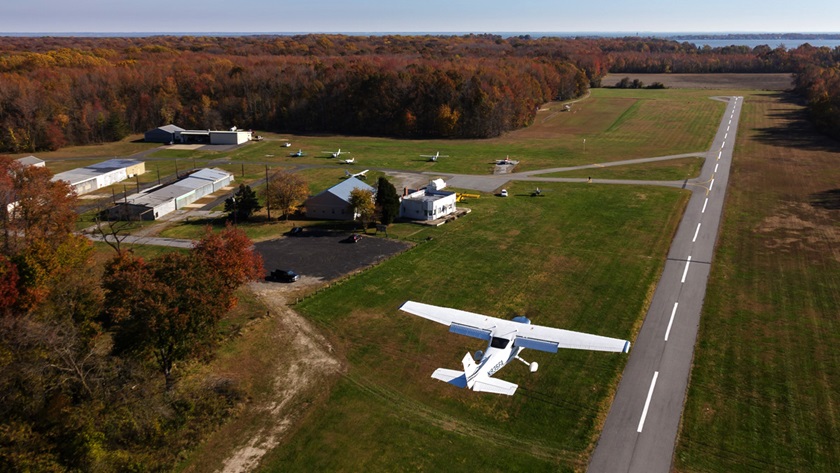 Pilots love tailwinds. They speed us to our destination, so we scan winds-aloft forecasts for cruise altitudes where we can find them or most efficiently exploit their effects.

Tailwinds give primary flight training exercises a nice push: When practicing ground reference maneuvers, we are taught to enter them “from a downwind position. This allows the pilot to establish the steepest bank angle required to maintain a constant radius ground track,” notes Chapter 7 of the Airplane Flying Handbook.

Don’t let your tenderness for tailwinds tempt you to take off or touch down with one. When groundspeed exceeds airspeed, it can pose problems beyond the obvious hazard of increasing the amount of runway you’ll consume.

A more pronounced, but less obvious, hazard is losing directional control, either before there’s enough lift for flight on takeoff, or after touchdown on landings. In those high-groundspeed, low-aerodynamic-control scenarios you could skitter off the side of the runway before you have time to recover.

Reviewing the takeoff and landing performance charts in the pilot’s operating handbook for your aircraft lets you figure runway consumption under headwind and tailwind conditions. According to the short-field landing performance chart for a Cessna 1978 172N, you would increase published distances “by 10 [percent] for each 2 knots” of tailwind up to 10 knots. (Does a short-field landing with a tailwind strike you as ill-advised? Accident investigators include such pilot decision-making when determining probable causes of mishaps.)

A private pilot applicant is expected to select a runway “based on pilot capability, airplane performance and limitations, available distance, and wind” considering risks including the effects of tailwind.

Some pilots who fly from long runways dismiss the risks of operating in tailwinds—but a long runway doesn’t solve the directional control dilemma.

Once in a while a tailwind landing is necessary, as the pilot of a Van’s Aircraft RV–12 discovered after experiencing an engine failure on takeoff.

The pilot made it back to the runway, “but with an airspeed of 65 Knots (best glide) and a gusting tailwind, my groundspeed back to land was excessive and contributed to my lack of control on landing,” the pilot wrote in a filing with the Aviation Safety Reporting System, explaining why the airplane ran off the side of the runway and struck a taxiway sign.

If the foregoing turns you off from tapping “Tailwinds” as the signoff for your aviation emails, the ever-popular “Blue skies” makes a cheery alternative.