Get the app Get the app
Already a member? Please login below for an enhanced experience. Not a member? Join today
News & Media Veterans honored with fly-in event at Peach State Aerodrome 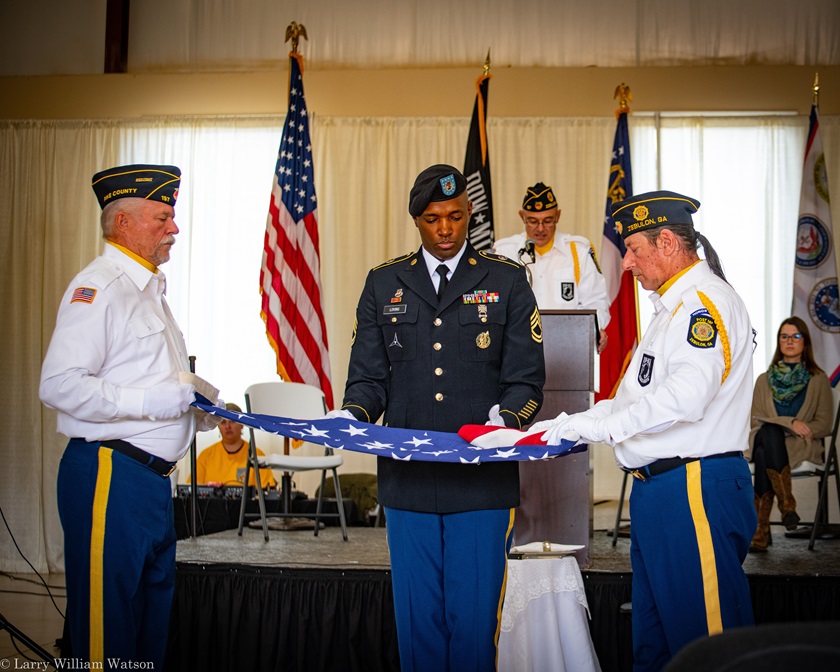 “Our mission has always been to honor our nation’s heroes with a formal program combined with a fly-in event,” said Keven Sasser, co-owner of Peach State Aerodrome. Sasser, who is helping to carry on the legacy left behind by former Peach State Aerodrome owner and Vietnam veteran Ron Alexander, has worked with his team to ensure that Alexander’s original mission of honoring veterans continues. “We want to keep this 15-year tradition alive in honor of veterans like Ron. Although the weather could have been better, we are happy that we got to complete our two main missions of recognizing our local veterans and raising awareness for our youth aviation program.”

The aerodrome’s Ron Alexander Youth Aviation Program is a hands on program where youth ages 14 through 20 restore vintage airplanes in exchange for flight time. Under the close supervision of experienced A&P mechanics, pilots, welders, and restorers, youth accumulate one hour of free flight time for every 10 hours spent working on aircraft.

The formal Veterans Day program included honoring prisoners of war and those missing in action with a reading by the Pike County American Legion; a guest presentation from retired U.S. Army Command Sgt. Maj. Samuel Rhodes; a flag folding, rifle volley, and taps presentation by the Marine Corps League and American Legion; and a ceremony thanking all veterans in the audience. “We were looking forward to having four Stearmans fly over for a Missing Man formation as part of the ceremony, but the high winds had other plans,” said event coordinator Hannah Wilson. 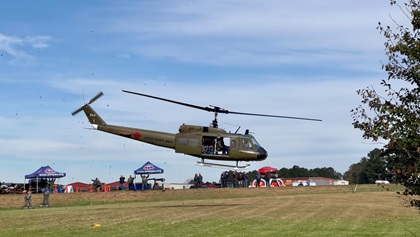 Vietnam Cessna L–19 Bird Dog pilot and event attendee Jim Sells said, “When we came home from Vietnam, we got out of our uniforms immediately and did not talk about being a service man. It’s hard to imagine with the appreciation for veterans today the way that we were viewed 50 years ago. It is so gratifying to come out and join our brothers that risked all to serve our country and to be honored by so many at this event.”

At the conclusion of the formal Veterans Day program, the nonprofit organization also announced the winner of its first fundraiser giveaway, a 1938 Aeronca Chief that dropped bombs on submarines with the Civil Air Patrol during World War II. The lucky winner was Joe Rowley, a Cessna 172 pilot from Idaho. “I like to enter these things because they help a good cause…but I never expect[ed] to actually win,” said Rowley.

“I enjoy the event as a whole because it reminds me of all those who went to war for our country and especially those who didn’t come home. I try not to let it show, but it brings tears to my eyes. It was my honor to serve,” said Ron Alexander Youth Aviation Program co-founder and U.S. Air Force veteran Jim Hoak. 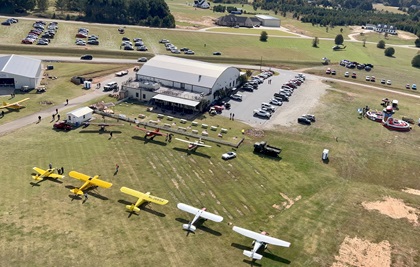 Throughout the day, several warbirds and vintage aircraft flew into the 2,400-foot grass strip. A polished Lockheed Electra along with a T–6 Texan, Beech 18, and newer Waco were among some of the author’s favorites.

The airport, which is home to an airpark, restaurant, flying club, and restoration facility in addition to the youth program, has several fly-in and community events throughout the year. If you’re passing through Georgia, Peach State makes for a great fuel stop and opportunity for a $100 hamburger. The strip is located just south of one of the world’s busiest airports, Hartsfield-Jackson Atlanta International Airport, so make sure you’re familiar with the Class B shelves above and surrounding the Class G public-use grass strip.

Full disclosure: The author is a Peach State Aerodrome volunteer and was a longtime participant in the Ron Alexander Youth Aviation Program.

eMedia Assistant Editor
Assistant Editor-Web Cayla McLeod is a private pilot with a love for tailwheel and backcountry aircraft. When she isn't writing stories, she enjoys flying with friends and introducing others to general aviation.
Go to Cayla McLeod's Profile
Topics: Aircraft, Airport