Get the app Get the app
Already a member? Please login below for an enhanced experience. Not a member? Join today
News & Media A modern frontier destination full of unique attractions

Chad Huntington was on the opening day crew in 1999 when the first water taxi launched into the newly constructed Bricktown Canal in downtown Oklahoma City. He loved telling the city’s narrative in his role as executive director of another nearby fledgling district, Automobile Alley, and figured a part-time gig navigating and narrating a sightseeing boat would be the perfect extension of his passion. 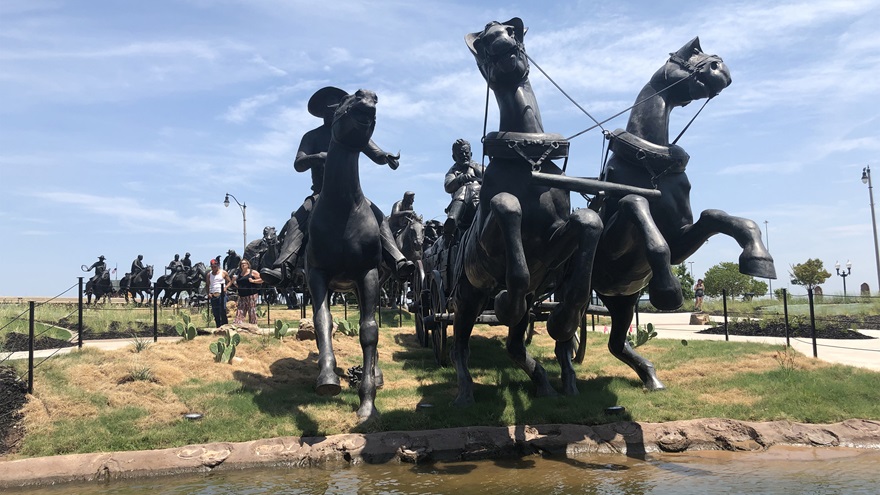 You can take the Bricktown Water Taxi to see the Centennial Land Run Monument at the lower end of the Bricktown Canal. Oklahoma-based artist Paul Moore and his son created this work from 2000 to 2020. There are 45 bronze sculptures of cowboys, horses, and wagons stretching out 365 feet long depicting the Oklahoma Land Rush of 1889. Photo by MeLinda Schnyder.

In 2019, as the canal and the taxi service turned 20 years old, Huntington purchased the Bricktown Water Taxi operation. We visited Oklahoma City that summer and took the 40-minute narrated water taxi, learning what there was to do in the district and hearing a mostly lighthearted history of the city and the canal, though our guide had not yet been born when it was built two decades earlier.

We got a chance to meet Huntington while there and learned that not everyone thought it was a good idea to turn a street into a waterway to spark visitation numbers. Those skeptics called the canal a ride to nowhere. But two decades later, the taxis have carried more than 2 million passengers, numbers that have helped attract development to transform blocks of historic warehouses into an entertainment and dining destination.

Some of the early passengers were locals, perhaps coming to discover a part of the city they haven’t ventured to before or in many years, and now nearly three of every four on board are out-of-towners as Oklahoma City has become more of a tourist destination.

What has the canal done for this capital city of 1.3 million, the largest in Oklahoma? I live within two hours of Oklahoma City and can say that nearly all of my 20 or so visits have included at least a few hours in the Bricktown area. Sometimes that’s grabbing a meal at one of the restaurants where you can sit on expansive patios along the canal, other times it’s to attend a minor league baseball game at Chickasaw Bricktown Ballpark.

And development in Bricktown spawned the revitalization of other districts and transportation between the districts, including the Oklahoma City Streetcars. There are 14 unique districts in the heart of the city and it’s been fun to watch them evolve over the years as a frequent visitor. Recently, I’ve explored: 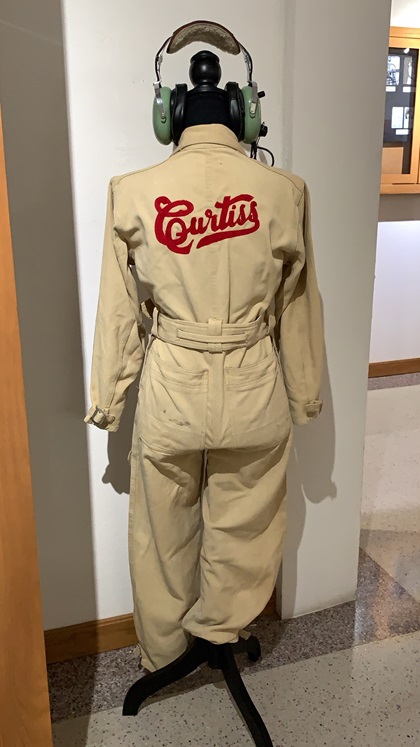 You can easily fill a weekend staying in the center of the city, but you’ll want to venture to other areas to see some of Oklahoma City’s one-of-a-kind museums. In the Adventure District, where you’ll find Science Museum Oklahoma and the Oklahoma City Zoo, you won’t want to miss the National Cowboy & Western Heritage Museum, packed with Western history, art, and culture, and the American Pigeon Museum & Library, where you can see 12 different breeds of live pigeons and learn the interesting history of the birds’ wartime efforts.

This year the First Americans Museum opened not far from the Bricktown District. It shares the collective stories of the state’s 39 federally recognized tribes who were removed from their ancestral homelands to what is now Oklahoma.

In the south part of the city, the Museum of Osteology displays more than 300 skeletons ranging from a tiny hummingbird to the framework of a 40-foot-long humpback whale, many normally not seen in museum exhibits.

Oklahoma City bills itself as The Modern Frontier, and everywhere you venture you see new development with nods to its history as a frontier city. 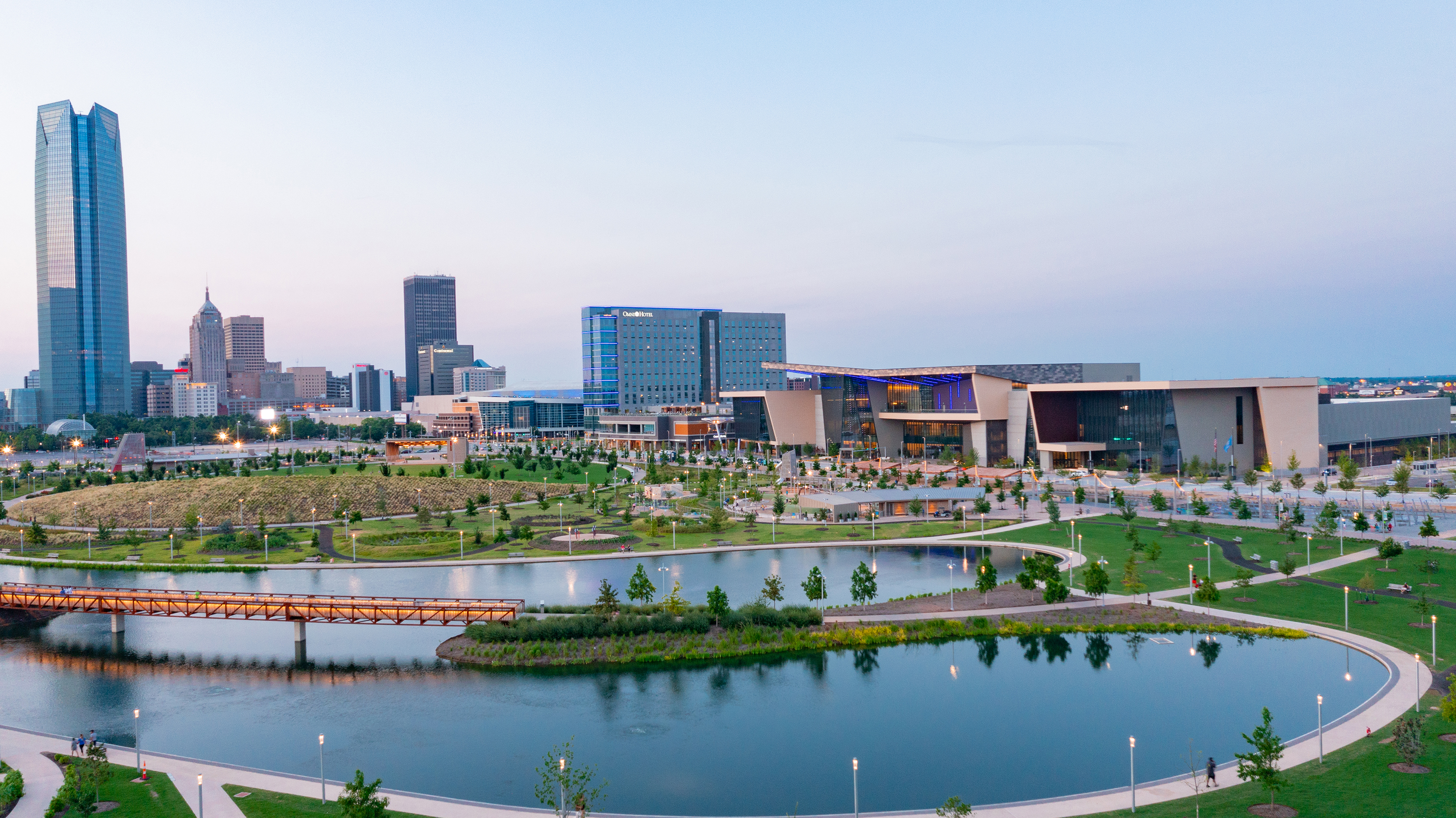 The view of the Oklahoma City skyline from above Scissortail Park in the capital city. The park is named for the state bird of Oklahoma. Photo courtesy Visit OKC.