Show me the way

Scattered thunderstorms were building in the humid, sticky summer afternoon as the AOPA Aviator Showcase wound down in Manassas, Virginia (HEF). 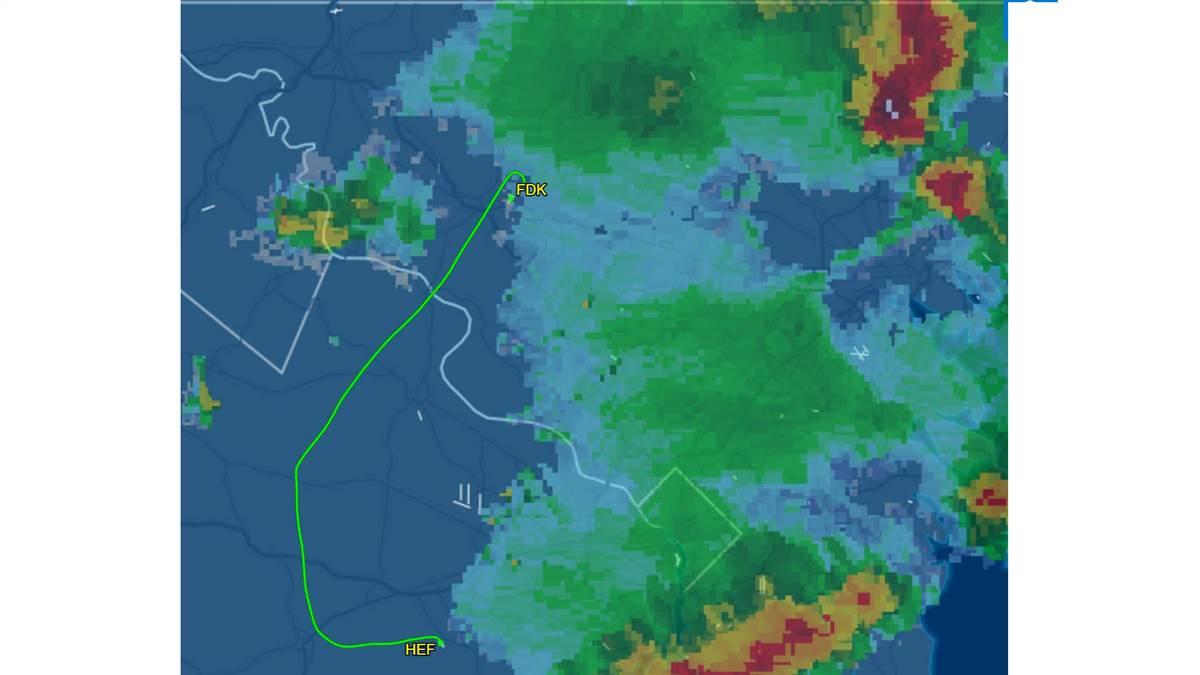 After answering hundreds of great member questions about the AOPA Sweepstakes Grumman Tiger, it was time to fly home to headquarters in Frederick, Maryland (FDK). AOPA staffers Dave Roy and Tom Zecha departed shortly after in AOPA’s Beechcraft Bonanza.

After exiting the Washington, D.C., Special Flight Rules Area to the west and turning north toward FDK, I noticed a small yellow cell on the Garmin G3X Touch flight display, building 30 miles to the southwest of Frederick heading northeast. The storm and I appeared to be heading to the same place, but who would arrive first—and should I even consider trying to outrun it?

I continued because my view out of the aircraft did not match what I was seeing on the datalink weather radar. I was looking for the animation feature on the display when I remembered SiriusXM Aviation’s radar enables me to toggle between composite and base reflectivity in flight. Composite reflectivity is what you also see with ADS-B weather—it is a composite of all radar echo returns from the bottom to the top of the cloud. This depiction made continuing the flight appear questionable. The base reflectivity (also called lowest tilt), however, accurately depicted what I was seeing ahead at my lower altitude: an area of light rain with no heavy showers or thunderstorms. The yellow returns were higher up in the clouds and not falling to the ground. I proceeded with caution, and greater confidence.

Roy and Zecha landed in the Bonanza about 30 minutes later. They asked what route I took, and I told them direct. They only had access to ADS-B weather, which made the situation look more concerning. To avoid what they thought was a heavy storm heading toward Frederick, they skirted the yellow cell to the west and flew a big clockwise circle to avoid flying in its path. Only once they got closer to the cell did they realize there was little to no precipitation reaching the ground—something I was able to determine from base reflectivity returns. They spent extra time unnecessarily circumventing what they thought was a storm.