Get the app Get the app
Already a member? Please login below for an enhanced experience. Not a member? Join today
News & Media Sky is the limit for future CAU graduate Morgan Yoss
Created by California Aeronautical University

Reflecting on the spark that started Morgan Yoss’ fire for becoming a professional pilot, she recalls sitting backseat on almost all of her father’s flights. 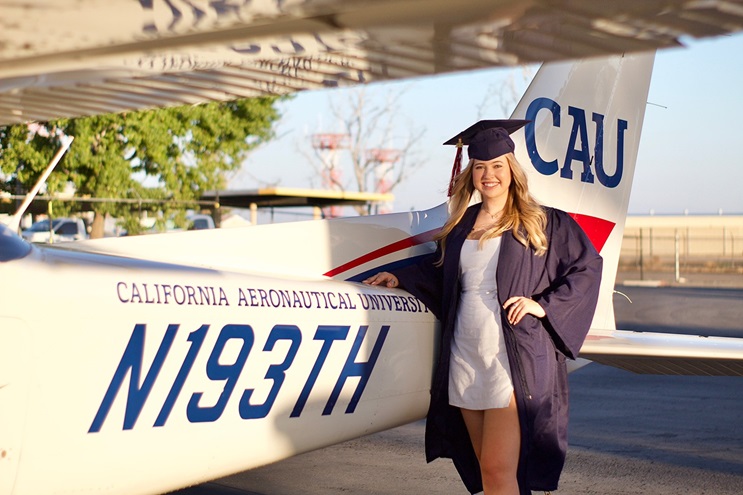 Who would imagine this young but ambitious “flying buddy,” as her dad, a private pilot, called her, would set her eyes on making aviation a career? “We would fly United’s Dreamliner from San Francisco to Chengdu, China, often and at first thought of becoming a flight attendant once I graduated from college,” recalled Yoss. She was studying marketing at Chico State when she and a roommate were discussing future career plans and she had an epiphany once she realized the only thing she was passionate about in regard to her future career, was aviation. “My friend told me, “Maybe you should be a pilot.” 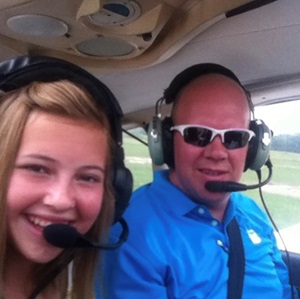 There is no doubt Yoss’ well-rounded background helped her become open minded to many opportunities. Having moved to Chengdu before her junior year from Texas, she graduated from Chengdu International High School where she played volleyball, tennis, basketball, soccer, and was active in theatre. Her humanitarian spirit led her to become the cofounder the Ahava club, which raised money for orphanages and other organizations in need.

When Yoss first looked into aviation universities that offer a comprehensive academic and flight curriculum, she researched California Aeronautical University (CAU). “CAU is a great community of people that really want their students to be successful,” said Yoss. “Once I applied and was accepted, they always kept in contact with me every step of the way and that made me feel good.” She has accomplished her private, instrument, commercial and certificated flight instructor in just over two years. She is excited to be working on her certificated flight instructor–-instrument) while completing her upper division courses needed to complete the Bachelor of Science in Aeronautics. 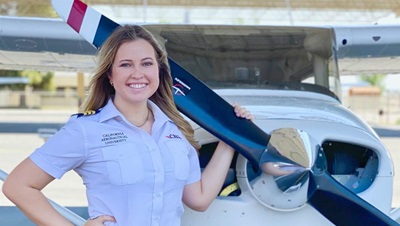 Yoss is on pace to graduate in early 2022 and has about 400 hours of flight time. Her family is thrilled, and when she told them about her plans of becoming a professional pilot, her father, in his excitement, sent her dozens of emails about aviation schools and the pilot shortage. “Since I have surpassed my dad in certificates, it is funny to talk to him because he is always surprised at how much knowledge I have gained. I would not be where I am today without my family,” Yoss explained.

When asked what advice she found to be valuable for new aviation students, she noted that it is important not to compare yourself to anyone else. It comes naturally to some, while others follow a little slower pace.  Yoss said she struggled with this as she would see other students pacing behind her that would then later pass her up and vice versa. “The most important thing is to focus on your own progress and not get caught up in what stage everyone else is in,” she said, further explaining, “Failing a check ride is not fun, but it is not the end of the world. Simply do not let it affect your outlook on yourself or your future.”