Get the app Get the app
Already a member? Please login below for an enhanced experience. Not a member? Join today
News & Media Now the cloud is in the plane
Created by Honeywell Aerospace

(rather than the plane being in the cloud)

Aerospace is characterized by incremental innovation,” says Mike Madsen, the President and CEO of Honeywell Aerospace, “small steps forward.” He turns in the pilot’s seat to take in a big, bright, fuselage-filling glass flight deck, and adds: “But every once and a while, you take a big step forward. 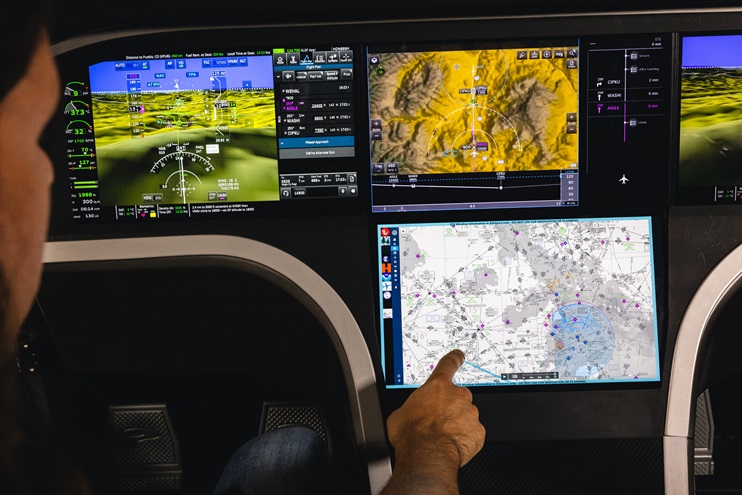 That might be an understatement when it comes to Honeywell’s sixth-generation flight deck; which could well be the biggest leap forward in flight instrumentation since the advent of the glass cockpit. For starters, Honeywell Anthem features the world’s first always-on, cloud-connected avionics. Vipul Gupta, Vice President and General Manager of Honeywell Aerospace’s Avionics Business, says this always-on internet connectivity means that flight plans can be uploaded to the aircraft from any popular EFB app “whenever, where ever,” and when the pilot arrives at the aircraft and powers up the flight deck, the flight plan will be ready and waiting. He estimates that this feature alone will save pilots a full 45 minutes per flight.

Once in flight, pilots will benefit from secure internet, right on the panel with their flight instruments. Imagine pulling up the live weather cameras at the airport as you brief your approach. This connectivity is two-way, with the outside world communicating with the aircraft and the aircraft communicating with the outside world, allowing for improved fleet management and maintenance. 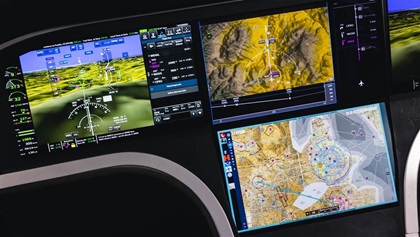 Honeywell Anthem uses touch as its primary interface, complete with all of the gestures around touch that we know from our mobile devices, like pinching and zooming. But Honeywell didn’t stop there. They also designed the menu structure to be equally consumeresque. This, says Honeywell test pilot Edward Manning, dramatically slashes training time, “Somebody can just sit down in the flight deck and they just go and intuitively touch a button and quickly move through their tasks without an afterthought.” Manning says the system includes smart prompting, suggesting the right things at the right time, and is “interrupt-friendly,” with reduced steps required to complete an operation when a pilot is interrupted mid-task.

Summarizing all these features, Manning calls Honeywell Anthem a “good co-pilot” that helps him relax in flight. 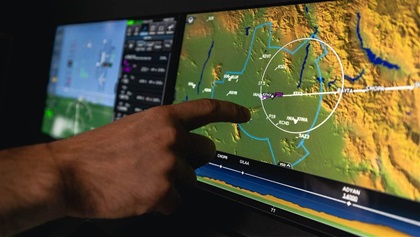 Honeywell Anthem also allows for more flexibility in installation. The black boxes that drive the system are small--about the size of a paperback--draw very little power, don’t require cooling fans, and can be installed anywhere in the aircraft, eliminating the need for avionics cabinets. Another selling point for aircraft manufacturers is behind the glass, Honeywell Anthem is fully customizable and can run aircraft systems as well. Says Gupta, “It’s not a cookie-cutter cockpit where everyone gets the same thing.”

Gupta, a pilot himself, says his favorite thing among the host of new features is the “major enhancement” of Honeywell Anthem’s synthetic vision, which features 3-D airport moving maps, 3-D waypoints, and 3-D traffic, all of which he says creates a “compelling situational awareness tool for the pilot.”

The dictionary defines Honeywell Anthem as a “rousing or uplifting song.” Given all its innovative new features, it won’t be long before pilots everywhere are singing the praises of Honeywell’s new Honeywell Anthem flight deck.