Get the app Get the app
Already a member? Please login below for an enhanced experience. Not a member? Join today
News & Media Alternative fuels

No fooling, a new unleaded fuel

Getting the lead out, finally

The big news at EAA AirVenture this summer that a new unleaded aviation fuel had been approved seemed to ask as many questions as it answered. 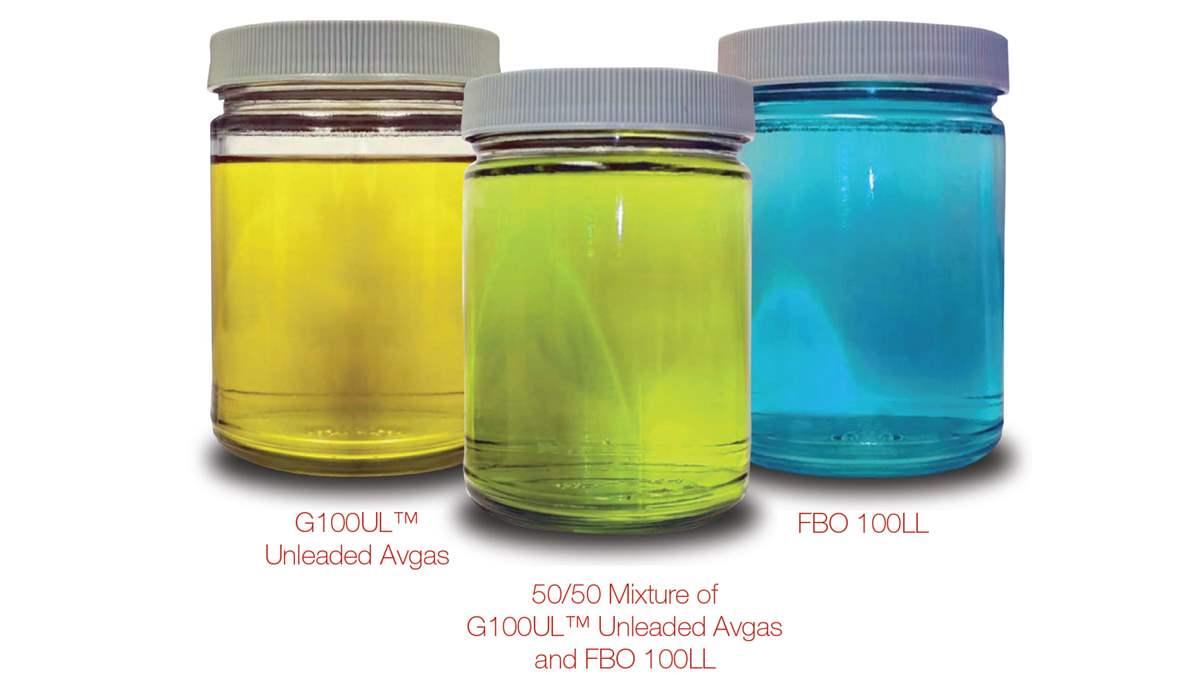 About those other fuels

So what’s so special about G100UL when there are other unleaded fuels available? It’s true that some airplanes have been running on unleaded fuels for decades. Petersen Aviation has STCs to allow dozens of models of airplanes to burn unleaded automotive fuel with octane levels as low as 87. Those small, low-compression engines aren’t at risk of detonation during normal flight operations the way higher performing, higher compression engines are. Lead is a component that helps boost the octane level of avgas to 100, which provides the detonation margins required by the larger engines.

However, the Petersen STC does not allow mogas to contain ethanol, which is a common mogas additive. Ethanol is incompatible with many components in aircraft fuel systems. Finding mogas without it is difficult and getting it onto airports in quantity is also a challenge. The price of such ethanol-free mogas provided on an airport plus the hassle factor of locating airports that sell it often negates the price advantage mogas has over 100LL avgas.

Swift Fuels received FAA approval of its 94-octane unleaded fuel several years ago. As an approved aviation fuel, it does not contain ethanol, so it is a good choice for low-compression engines. However, it is only available at a limited number of airports and its price tends to be on par or even higher in some locations than 100LL. Users of it do enjoy the lower maintenance costs associated with running an unleaded fuel.

So it’s the 100-octane rating of G100UL that makes it special. If it proves itself in the field, it will be the only approved aviation fuel to meet the needs of the entire piston fleet. And because it is fully fungible with 100LL, the transition for aircraft owners and FBOs should be easy. —TBH

The biggest question: Is this the drop-in 100-octane solution the industry has been seeking for more than a decade? Is this the holy grail of unleaded fuel? Did this little Oklahoma company somehow figure it out when the likes of Phillips 66, Exxon, Shell, and so many other big companies could not? And, finally, what does it mean for the average aircraft owner?

Getting to the latter first, at the moment it means nothing to the average owner of a piston-powered airplane, except maybe it provides a hope that our airplanes will continue flying indefinitely in an increasingly environmentally conscious world. No doubt about it, the lead in our current 100LL (as little as it may be) is a public relations problem that will not go away.

Although General Aviation Modifications Inc. (GAMI), of Ada, Oklahoma, has successfully tested the new G100UL fuel in a host of temperamental “bad boy” high-compression engines, the proof of the fuel’s viability for the fleet will only be recognized when the FAA is convinced to increase the number of engines approved to use the fuel.

At AirVenture, GAMI showed off two supplemental type certificates that allow the fuel to be used in a select group of Lycoming engines attached to a select number of Cessna 172 airframe models, the first high-octane unleaded fuel ever approved by the FAA. George Braly, head of engineering at GAMI, said that engine and airframe combination was chosen for the “controlled introduction” because it is common in the flight training fleet. He is working to secure a relationship with one or more large flight schools to demonstrate the fuel in the field. One issue has been the higher price of G100UL, which will be 60 to 85 cents per gallon more than 100LL, he estimates. The price will vary more than 100LL because the additives to achieve 100 octane without lead are petroleum-based and thus subject to fluctuations in the price of oil. At press time he and others were working to secure federal funding to help the schools recoup the price differential during the demonstration phase. The belief is that once the FAA is comfortable with the performance of the fuel in the field it will broaden the approved model list (AML) of engines covered by the STC, ultimately to include the entire piston fleet. Braly estimated that would occur in less than a year.

Meanwhile, GAMI continues to test the fuel in various engines. In mid-August, Braly was about to run a comprehensive inflight test program using a Piper PA–32 Lance. Its Lycoming IO-540K is a high-horsepower engine that some believe is more susceptible to detonation than others. Braly expected that to be done by mid-September. He has already successfully completed a grueling detonation test of that engine in the test cell.

The company was also planning to do a 150-hour test cell run on a Continental IO-550N with an aftermarket turbocharger on it. GAMI owns an STC to install that combination in the Cirrus SR22. The normally aspirated engine with its high-compression cylinders is rated at 310 horsepower. However, in previous testing and in this additional test, Braly plans to boost it to between 330 and 350 horsepower. Corrected to standard atmospheric conditions, the engine running on G100UL was producing 414 horsepower in extreme conditions and did not detonate during a similar test in December 2020 witnessed by the FAA. Assuming the 150-hour test goes well, Braly said he may apply at some point to boost the horsepower on the company’s STC, allowing pilots flying that combination to get more performance. The forgiving detonation qualities of G100UL may allow warbird engines designed for 115 octane fuel to operate once again at their full potential. Using 100LL, those large radial engines have had to be operated at less than full power during certain conditions to prevent detonation.

Is this the holy grail of unleaded fuel? Did this little Oklahoma company somehow figure it out when the likes of Phillips 66, Exxon, Shell, and so many other big companies could not?Once those two engine tests are complete this fall, Braly said the FAA may add additional engines and airframes to the AML STC regardless of the status of the flight school program.

During its 11-year development cycle, the fuel has passed many extreme test cell challenges, according to Braly. Materials combability testing has also been completed. He said the fuel, which will be dyed amber, is completely fungible with 100LL and mogas, meaning it can be mixed in any combination. The fuel weighs about 6.2 pounds per gallon, slightly more than 100LL at 6 pounds per gallon, which is a certain irony—that the unleaded fuel weighs more than the one with lead in it.

In addition to the expected higher price per gallon, those planning to use the fuel will need to buy an STC from GAMI that includes new decals for the fuel filler port and a flight manual supplement. Braly estimated the cost of the STC would be similar to that paid for an STC to run mogas in small avgas engine. Petersen Aviation charges about $1.50 per horsepower for its mogas STC. So for a 160 horsepower Cessna 172, the G100UL STC would require a one-time fee of about $240. When asked why the fee was necessary, Braly replied bluntly, “To keep our bankers happy.” He then reiterated the cost to his company for the decade-long development process.

Further addressing the cost issue, Braly said he expects a doubling of oil change intervals when using G100UL, reducing overall costs and downtime. In addition, spark plug life will be significantly increased because the fuel burns cleaner without lead. He also suggested times between overhaul may eventually be increased as well, again as a result of fewer deposits in the engines.

Of course, developing a fuel for testing purposes is one thing, manufacturing it in volume for the entire fleet and delivering it to thousands of airports is another big challenge. For that, Braly turned to AvFuel, one of the largest distributors of avgas in the world. Under the agreement with GAMI, AvFuel will manage the relationship with refineries and distributors. Braly said the agreement includes a guarantee that the ability to manufacture the fuel will be equitably available to any qualified company.

So, to answer those questions posed at the beginning. Yes, it does appear this little Oklahoma has found the secret sauce that has eluded the big oil companies and yes it does appear to be the drop-in replacement fuel the industry has been seeking to replace 100LL. For the average owner, though, it’s still a bit of a wait-and-see game until the FAA expands the AML and the fuel is widely available. And, if it all proves successful, it will be the solution we’ve been wanting for decades to get the lead out of our fuel, putting to rest the environmental concerns that have threatened the future of general aviation around the world. Be patient, just a little while longer. ”

Should You Consider A Living Trust?