Get the app Get the app
Already a member? Please login below for an enhanced experience. Not a member? Join today
News & Media AOPA Action

Tell your representatives: Burden on flight training is a safety issue

Texas has the largest number of airports in the United States.

ALASKA
AOPA worked to communicate charting changes to a popular Alaska Range mountain pass that was renamed from Ptarmigan to Houston Pass.

AOPA President Mark Baker has called on AOPA members to contact their representatives in Congress and urge them to support the Certainty for General Aviation Pilots Act of 2021, which clarifies that giving or receiving flight training is not considered carrying a passenger for compensation or hire.

A FAA directive reversed course on 60 years of precedent that had allowed flight training in experimental, limited, and primary category aircraft—aircraft with special airworthiness certificates—without needing a letter of deviation authority (LODA) or an exemption. (This does not affect aircraft with standard airworthiness certificates.) The directive came after a non-binding court decision in a case involving a Florida company operating limited category warbirds. The need for a LODA to train in experimental category aircraft and an exemption to train in limited (warbird) or primary category aircraft is a paper exercise and counters guidance FAA inspectors had been using for decades, FAA Administrator Steve Dickson admitted during EAA AirVenture.

The proposed Certainty for General Aviation Pilots Act of 2021 that Sen. Jim Inhofe (R-Okla.) and Rep. Sam Graves (R-Mo.) introduced in late July makes clear that flight training in those aircraft does not qualify as carrying a passenger for compensation.
aopa.org/pilot/trainingcalltoaction

Several systemwide overhauls recommended by an AOPA-led industry working group are getting FAA support. One recommendation is an improved method for applicants and the FAA to connect with designated pilot examiners. An upgrade to the FAA’s online designee locator search service would allow practical test applicants to connect more efficiently with examiners; this includes ensuring that information about DPEs is current and provides accurate details regarding the examinations DPEs are authorized to administer. Another high priority is to effectively help match those seeking tests in areas that have sparse DPE coverage with examiners who can administer their exams. Industry and the FAA are counting on the upgraded designee locator search page to help fill gaps in the geographic deployment of approximately 900 DPEs. A related recommendation is to make mentorship services available to examiners. This would consist of a formal program using experienced DPEs to act as a resource for the FAA, and to advise newly designated DPEs as they begin to interact with the pilot community.
aopa.org/pilot/dpeimprovements

At a panel discussion during EAA AirVenture, AOPA President Mark Baker, EAA Chairman Jack Pelton, GAMA Chairman Pete Bunce, and FAA Aircraft Certification Service Executive Director Earl Lawrence addressed the challenges of an unleaded avgas solution that will safely meet the needs of the entire GA fleet. “We need to collaborate to identify and test fuels; work with supply chain companies; and also address state issues,” said Baker. “There are several of the nation’s 5,000 public-use airports that may soon face a real hurdle in getting the current fuel. People and governments want to shut off the supply of 100LL—today. That’s what we mean by urgent.”

“We need to address this issue for the entire GA fleet—warbirds, experimental, everyone,” said Bunce. “We don’t have the capacity to have multiple fuel options on the field.”

“We are committed as individuals and associations to get past this issue as soon as we can,” Baker said. “If this was easy, it would have been done already” (see “No Fooling, a New Unleaded Fuel,” p. 86).
aopa.org/pilot/avgas

Action in the states

FBO fee transparency at our airports

GA is thriving and pilots are flying their aircraft more frequently now than before the COVID pandemic. Unfortunately, many pilots arrive at their destination not knowing about or expecting a large fee for the privilege of parking their aircraft on the FBO ramp.

It is common practice for FBOs of all sizes to charge a parking fee; most will waive the fee with the purchase of fuel. The problem arises when the pilot gets hit with a high fee or fees they did not expect. The general aviation community believes pilots should have easy online access to ramp and parking fees prior to arriving at an FBO. In 2018, AOPA led an industry initiative called “Know Before You Go” to encourage FBOs to make prices easily accessible online. This initiative has the support of all the major aviation associations and hundreds of general aviation organizations representing hundreds of thousands of pilots. It calls for FBOs to make their tiedown, facility, infrastructure, access, security, and handling fees transparent for all aircraft types. For the past two years, AOPA worked closely with the industry and now almost 1,000 FBOs, primarily those operated by the local municipality or a small independent commercial FBO, have made their ramp fees available to pilots. Recently, Atlantic Aviation FBO Holdings Inc., the second largest FBO company with 69 locations in the United States, made all its fees available to pilots on the company website. We applaud the effort to be transparent. It is now time for Signature Flight Support, the largest FBO chain in the United States, and others to follow Atlantic’s lead. Pilots have a right to know what they are being charged for and how much regardless of aircraft type.

Having trouble finding a hangar?

Hangars are in short supply, according to two recent surveys. One survey asked airport managers throughout Pennsylvania about their airport’s hangar situation and found that 38 percent more hangars need to be built to meet present demand. Another survey of AOPA Airport Support Network volunteers at 700 airports indicated that more than 70 percent of airports have a waiting list. For aircraft owners who require a hangar immediately, that can mean relocating to a distant airport. Worse, a prospective aircraft buyer may decide not to buy if the aircraft cannot be hangared in a reasonable timeframe. So why not just build more? Survey respondents reported that a lack of funding is the greatest barrier. Although most public airports can obtain federal funding for construction projects, the amount of funding is limited each year. Airports compete for federal Airport Improvement Program grants, and safety-related projects such as runways and lighting are a higher priority. State funding for hangar projects is also limited, which means airports either pay the cost of the project or lease available land to private hangar developers. 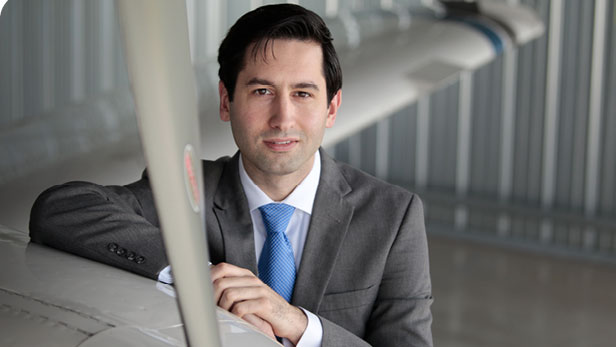 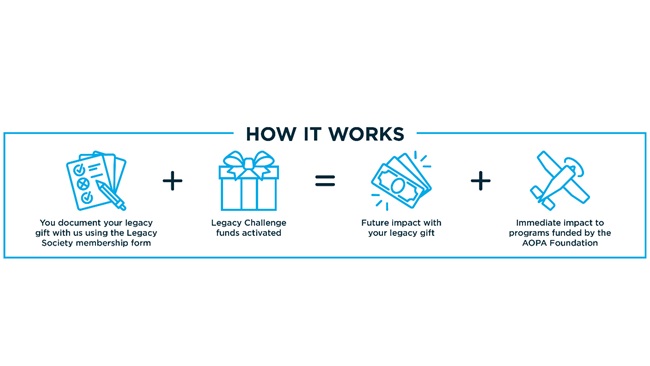