Safe on the ground, but wondering ‘what if?’

One of my personal minimums is to avoid flying single-engine piston airplanes over high mountains at night. A ferry flight over the desert Southwest in 2017 offered a reminder why. 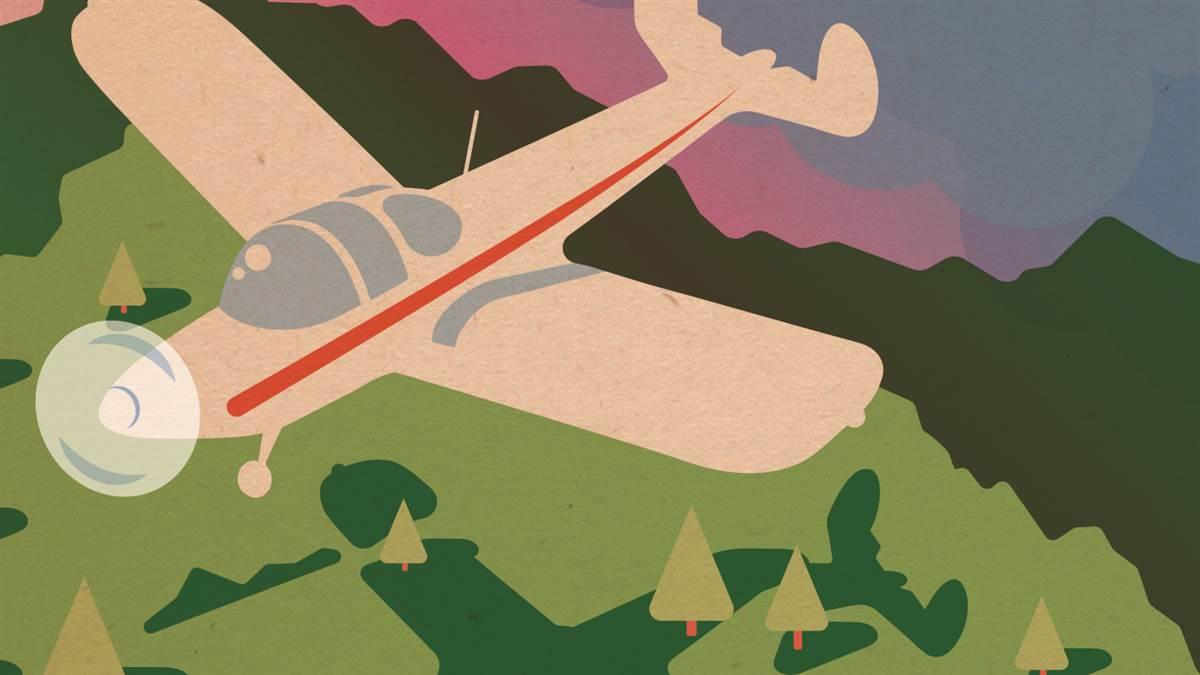 I was scheduled to conduct a ferry flight the week of August 28, 2017. The job was to safely transport a 1946 ERCO Ercoupe from the seller at Rice Lake Regional Airport in Wisconsin (RPD) to the proud new owner at a private airstrip about 80 miles west of Phoenix, Arizona. The 1,320-nautical-mile trip would take about 16 flight hours over two and a half days.

With thunderstorm season still in full swing, I knew it would be no small miracle to make this trip without weather delays. Fortunately, as launch day approached the multi-day forecast showed an unusual strip of clear weather stretching all the way from Wisconsin to Arizona.

The seller explained that he had lost his medical several years before. The Ercoupe had been well-maintained, receiving regular engine runs and an annual inspection every year, but had not been flown for a few years. After reviewing the maintenance logs, conducting a thorough preflight inspection, and carefully performing the run-up, I took the 71-year-old beauty to the skies. The engine ran wonderfully and I enjoyed getting acquainted with this unique aircraft.

One day and four fuel stops later, I found myself at Belen Regional Airport (BRG) in Belen, New Mexico, discovering that the afternoon thunderstorms between there and Phoenix were more active than expected. I quickly assessed the situation, prepared plan B (and plan C), and took off for my home airport in Phoenix (DVT). The plan was to arrive that evening, spend the night in my own bed, fly the last short leg to the private airstrip the next morning, and deliver the airplane to the new owner.

But what if? What if that carburetor had failed en route? During the day, I would likely have been able to find a field or a road to safely put it down. But at night? Over the mountains?That next morning was a beautiful, clear, typical hot summer day in Phoenix. After doing my best to clean 1,240 miles worth of our nation’s finest bugs off the leading edges of the Ercoupe, I departed for the last leg of the trip. Unfortunately, engine trouble led to two rejected takeoffs that both ended without incident. The mechanic later told me that the carburetor was basically falling apart from the inside out. It was replaced and I eventually delivered the Ercoupe to the happy new owner.

The actual engine trouble really didn’t bother me that much when it happened. What kept me awake at night was the “what-if” questions that kept running through my head. As a professional aviator, I’m motivated to continually learn from my mistakes. This caused me to carefully review the entire trip over and over again in my mind. Were there any other clues that the carburetor was failing? Had I missed something? The answer was no. There’s really no earthly explanation as to how that carburetor worked flawlessly for more than 15 hours before failing at my home airport, where I had enough runway to safely reject the takeoff and land.

But what if? What if that carburetor had failed en route? During the day, I would likely have been able to find a field or a road to safely put it down. But at night? Over the mountains? It’s difficult to imagine a successful outcome to that scenario.

Although I had justified my decision at the time, the truth is I had disregarded my personal minimum. The evening before the engine problems, I had been delayed by having to circumnavigate the thunderstorms between New Mexico and Arizona. I should have stopped short at an airport in northeast Arizona to spend the night. But after more than 14 flight hours with this smooth-running engine and all of the thunderstorms behind me, I justified that the best thing to do was press on in mountainous terrain that I was familiar with, even though it was getting dark.

I’m forever grateful that everything turned out OK, but I lost a lot of sleep thinking about this one. I failed to follow my personal minimums by flying the Ercoupe over high mountains at night, only to find out later that I had done so with a failing carburetor. Never again.

Personal minimums provide additional layers of safety between ourselves and potential harm. They should change and evolve as we gain experience. But our personal minimums should never be changed on the day we fly, especially when we’re already airborne.

Should You Consider A Living Trust?