Get the app Get the app
Already a member? Please login below for an enhanced experience. Not a member? Join today
News & Media Savvy Maintenance: Opinion
Sponsored by Aircraft Spruce

What to do about uncomfortably high CHT

For decades, I’ve been preaching that the two keys to piston aircraft engine longevity are avoiding extended periods of disuse and managing cylinder head temperatures. 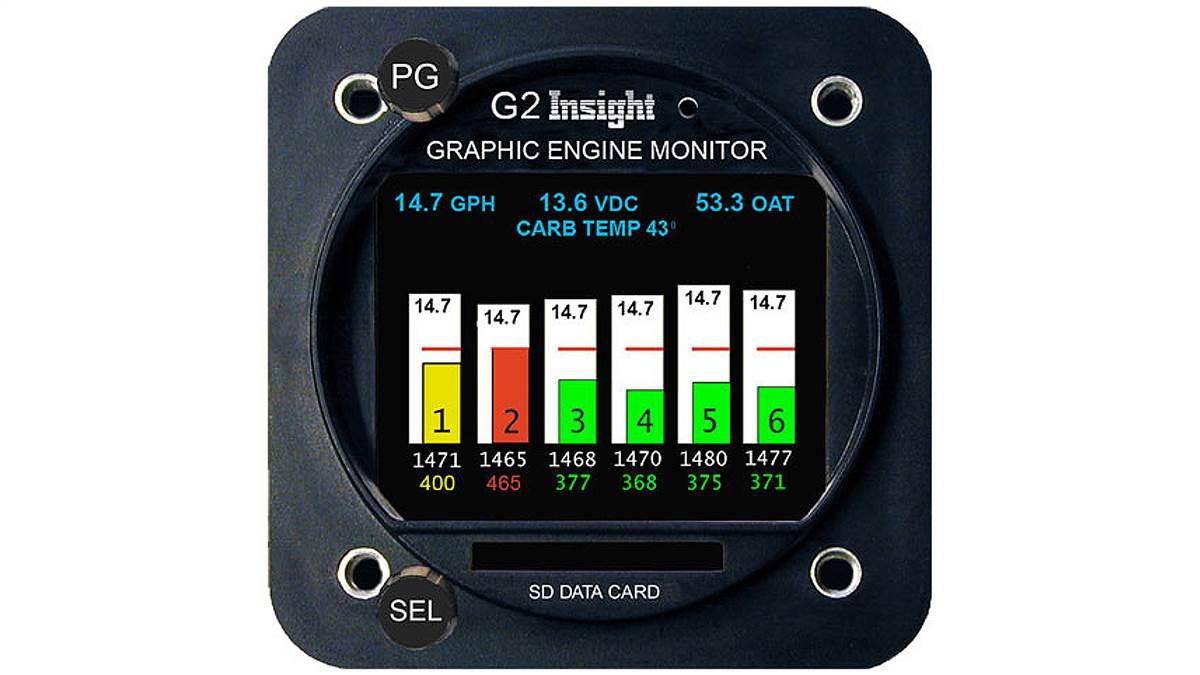 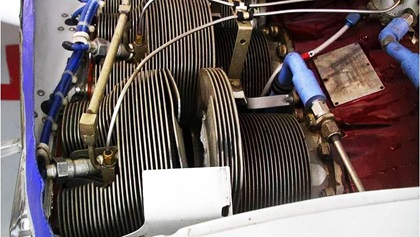 If you allow your engine to sit unflown for weeks at a time, you risk internal corrosion—and corrosion is the number one reason that engines fail to make time between overhauls (TBO). If you allow your CHTs to get too hot, you increase the stress on the engine’s reciprocating components (especially connecting rod bearings and bushings, piston pins, and valves), and increase the risk of catastrophic failure from destructive detonation, preignition, and head-to-barrel separation.

In a perfect word, we would have sensors in each of our cylinders measuring peak combustion chamber pressure and instrumentation that would let us see this in the cockpit. This is exactly the way engines are instrumented when they run on General Aviation Modifications Inc.’s (GAMI’s) engine test stand in Ada, Oklahoma—one of the most sophisticated piston aircraft engine test facilities in the world. But it’s not practical to install this sort of instrumentation in our aircraft, so CHT is our best proxy for internal cylinder pressure (ICP). If we want to protect our engines against excessive ICP, we need to limit CHT to a reasonable value.

Just this week, I received an inquiry from the owner of a Van’s RV complaining that he simply couldn’t keep the CHTs on his Lycoming IO-360 engine below 370 degrees Fahrenheit no matter how hard he tried, and asking for my advice. I explained that 370 degrees F was not a realistic CHT limit for his engine, and in fact was a bit cooler than optimal. I’m not sure where he got the idea that he should limit his CHTs to that extreme.

With some exceptions, I like to see CHTs no greater than about 400 degrees F for Continental engines and 420 degrees F for Lycomings to avoid stresses that may be detrimental to engine and cylinder longevity. Statistical studies from my company’s database of engine monitor data show that Lycoming CHTs run about 20 degrees F hotter than Continental CHTs, and for good engineering reasons—chiefly Lycoming’s use of sodium-filled exhaust valves that transfer heat from the valve to the head more efficiently than the solid-stem valves Continental uses. Lycoming cylinders are built to take this additional heat, with a more robust head-to-barrel junction.

This is reflected in Lycoming’s higher redline CHT of 500 degrees F compared with Continental’s redline of 460 degrees F. It’s important to understand that these CHT redlines should be treated as emergency values only. We never want to let our CHTs get anywhere near that hot. (I once reviewed engine monitor data from a Continental-powered Cirrus SR22 whose pilot allowed one cylinder’s CHT to slowly rise to 466 degrees F—just 6 degrees F above redline—at which point the cylinder’s head abruptly separated from the barrel and the pilot found himself flying behind a five-cylinder engine that was running rough as a cob.)

Personally, I like to leave myself a little cushion, so I’m inclined to set CHT targets of about 380 degrees F for Continentals and 400 degrees F for Lycomings. These aren’t not-to-exceed values, they’re just comfortable targets. A good way to think of them is to imagine a CHT gauge with a green arc that tops out at these targets, followed by a yellow arc that extends 20 degrees F higher and terminates with a redline. This is different from the actual markings on your CHT gauge, which probably has a green arc extending all the way up to the manufacturer’s redline of 460 or 500 degrees F, but it’s good mental image to use to ensure maximum engine and cylinder longevity.

These numbers should be adjusted for some special situations. They should be adjusted downward by 20 degrees F or so if you’re flying in unusually cold outside air temperatures (below ISA), and also if your airplane has an extraordinarily efficient cooling system (e.g., Cirrus, Columbia, Diamond). Also, the not-to-exceed values should be increased by about 20 degrees F when breaking in new or newly honed cylinders because CHTs naturally run hotter than usual for the first few hours until break-in is complete.

Also, while we don’t want CHTs to be too hot, we don’t want them to be too cool, either. If CHTs get cool enough, there may be lead scavenging issues that cause excessive deposit buildup in the combustion chamber and particularly on exhaust valve stems, resulting in valve sticking issues (especially in Lycomings). For this reason, I suggest your mental CHT green arc extend downward to about 350 degrees F for Lycomings or 330 degrees F for Continentals, with a yellow arc below. That’ll keep you in the sweet spot.

Keep in mind there’s nothing magic about any of these numbers. Nothing terrible will happen if a CHT runs in the “mental yellow arc” or if there a brief exceedances above the “mental redline.” I’m offering them only as suggestions, not commandments or operating limitations. 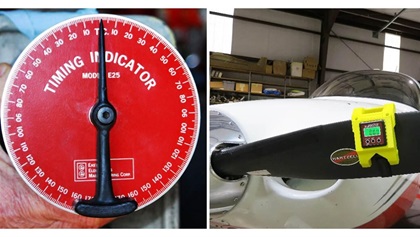 You ought to be able to keep your CHTs in the sweet spot if you’re paying attention. But what if you can’t? In that case, you need to diagnose why your cylinders are running too hot. There are three common reasons for high CHTs, and your mission (if you accept it) is to figure out which one is the culprit.

One common reason is that the too-hot cylinder is running too lean. If it’s a fuel-injected engine, perhaps there’s a partially clogged fuel nozzle; if the engine is carbureted, maybe there’s an induction system leak. This issue is super easy to diagnose. Simply do a test flight in which you first cruise with a rich-of-peak (ROP) mixture and then switch to a lean-of-peak (LOP) mixture. If a cylinder is running too lean, it’ll have higher-than-normal CHT during ROP operation and lower-then-normal CHT during LOP operation. Frequently such a cylinder will “switch rank” from being the hottest cylinder when ROP to being the coolest cylinder when LOP. If you see this, you can be sure the cylinder in question has a mixture issue.

A second common reason for a hot-running cylinder is that there isn’t sufficient cooling air passing over the cylinder’s cooling fins. That’s generally due to some issue with the engine’s rigid cooling baffles or flexible baffle seals. If there’s a cooling air problem, the cylinder will run hot both ROP and LOP since the cooling airflow isn’t affected by the mixture setting. If you suspect this might be the issue, you may want to look at my column “It’s Baffling” in the December 2020 issue of AOPA Pilot for some tips.

A third common reason for too-high CHT—particularly when all cylinders are running hot—is advanced ignition timing. Your magneto (or electronic ignition) is supposed to be set to a specific number of degrees before top dead center (BTDC) that is marked on the engine data plate—typically between 20 degrees and 28 degrees BTDC. It is essential that the timing be set very accurately—the tolerance is plus 0 degrees and minus 1 degree—and it should be set using a digital inclinometer accurate to 0.1 degrees. If the timing of one or both mags is even slightly advanced (i.e., too many degrees BTDC), it will have a profoundly adverse effect on CHT.

The Lycoming IO-360-series offers an interesting case study. When the IO-360 was originally certified, Lycoming specified that the magneto timing be set to 25 degrees BTDC—a relatively aggressive value. But the engines had so many issues with excessive CHTs that Lycoming subsequently issued a service bulletin authorizing the engine timing to be retarded to 20 degrees BTDC. Making this timing change had an insignificant effect on horsepower but a dramatic improvement in CHT. Since the timing change was authorized by noncompulsory service bulletin rather than compulsory airworthiness directive, we now have a mixture of IO-360s flying, some timed to 25 degrees BTDC and some to 20 degrees BTDC. When I generate a CHT histogram of the thousands of IO-360s in our database, I see two distinct peaks in the data.

Curiously, the Lycoming service bulletin applied only to the IO-360 family, not the O-360s, O/IO-320s, or O/IO-540s, all of which remain specified at 25 degrees BTDC. I’ve counseled numerous operators of RVs and other experimental aircraft using these engines to try retarding their ignition timing by a couple of degrees, and they’ve been very pleased with the results. I can’t really offer the same advice to operators of certified aircraft, but at least backing the timing off to 24 degrees BTDC (the bottom of the tolerance band) will provide some improvement.