Get the app Get the app
Already a member? Please login below for an enhanced experience. Not a member? Join today
News & Media Training Tip: Facts for first-time fuelers

What could be more disappointing in flight than inadvertently running a fuel tank dry? 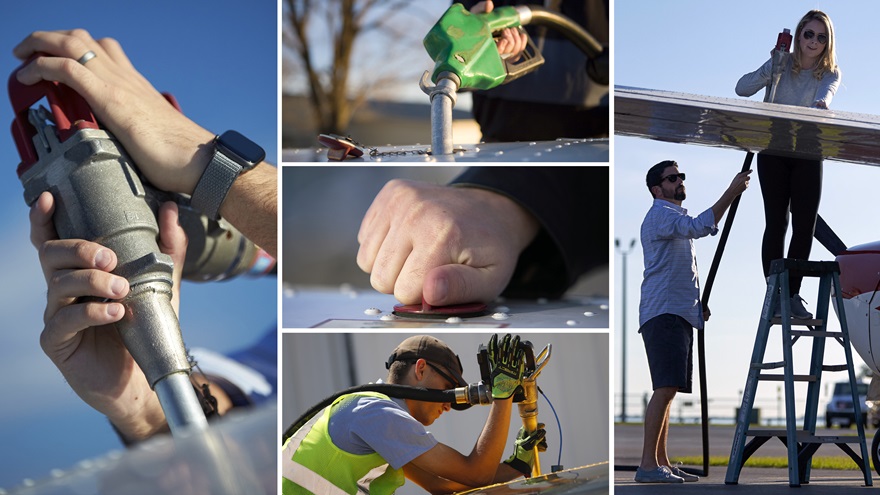 Student pilots must learn the importance of not only fueling an aircraft, but also ensuring the fuel is properly secured during preflight inspections. AOPA graphic.

Perhaps discovering, with mountains below, that the other tank is empty too.

Then, all the troubleshooting in the world plus several attempted engine restarts did nothing for the pilot of a single-engine Van’s Aircraft RV–4 airplane who was fortunate to glide to a nearby airport—noting later that he found the situation baffling “since I had visually verified the fuel quantity in each tank during my pre-flight inspection.”

Deep down in the pilot’s roughly 900-word Aviation Safety Reporting System filing was the explanation of how this case of self-inflicted fuel exhaustion occurred: “Upon further examination at [our destination], the fuel caps were found to be misadjusted and allowing fuel to siphon out into the slipstream.”

Intensifying the drama was a plot twist: “No characteristic blue staining was visible due to the fact that the wing is painted in metallic light blue.”

A private pilot applicant is expected to be able to identify, assess, and mitigate risks including improper task management.

Student pilots learn the importance of ascertaining the quantity of fuel aboard an aircraft, sampling it to catch any contamination and—yes—making sure the fuel caps are properly secured during preflight inspections. Often this process takes place immediately after the aircraft is fueled by a line attendant—and don’t worry about offending the employee by checking the fuel caps before the fueler departs. They expect it and appreciate its importance.

You may have noticed when watching fueling in progress that most line personnel are cordial professionals who love the aircraft they service and take pride in skillful and careful work. If you have not yet fueled your own trainer before a flight or while out on a cross-country, your day is likely coming. Many airports offer self-service fuel—something to research during your trip planning.

Left to fuel the aircraft yourself, don’t wing it. In the August 2019 edition of Flight Training, AOPA published the helpful how-to article “Technique: D.I.Y. Fueling.” A sidebar described supervising someone else’s refueling work. That includes the all-important step of ensuring that fuel is being dispensed from the right truck carrying the right kind of fuel for your aircraft.

Misfueling events are rare, but they do occur—although “given simple precautions, all are easily preventable,” notes this Safety Brief from the AOPA Air Safety Institute. It includes a checklist for fueling an aircraft.

Fueling the aircraft you fly is a quality experience for a new pilot toward becoming intimately familiar with the rites, rituals, and rewards of flying.