How low before you won’t go?

It’s a foggy Monday morning on Nantucket, and while the weekend on the beaches was right out of a tourism ad campaign, work calls and you really need to get back to the office. 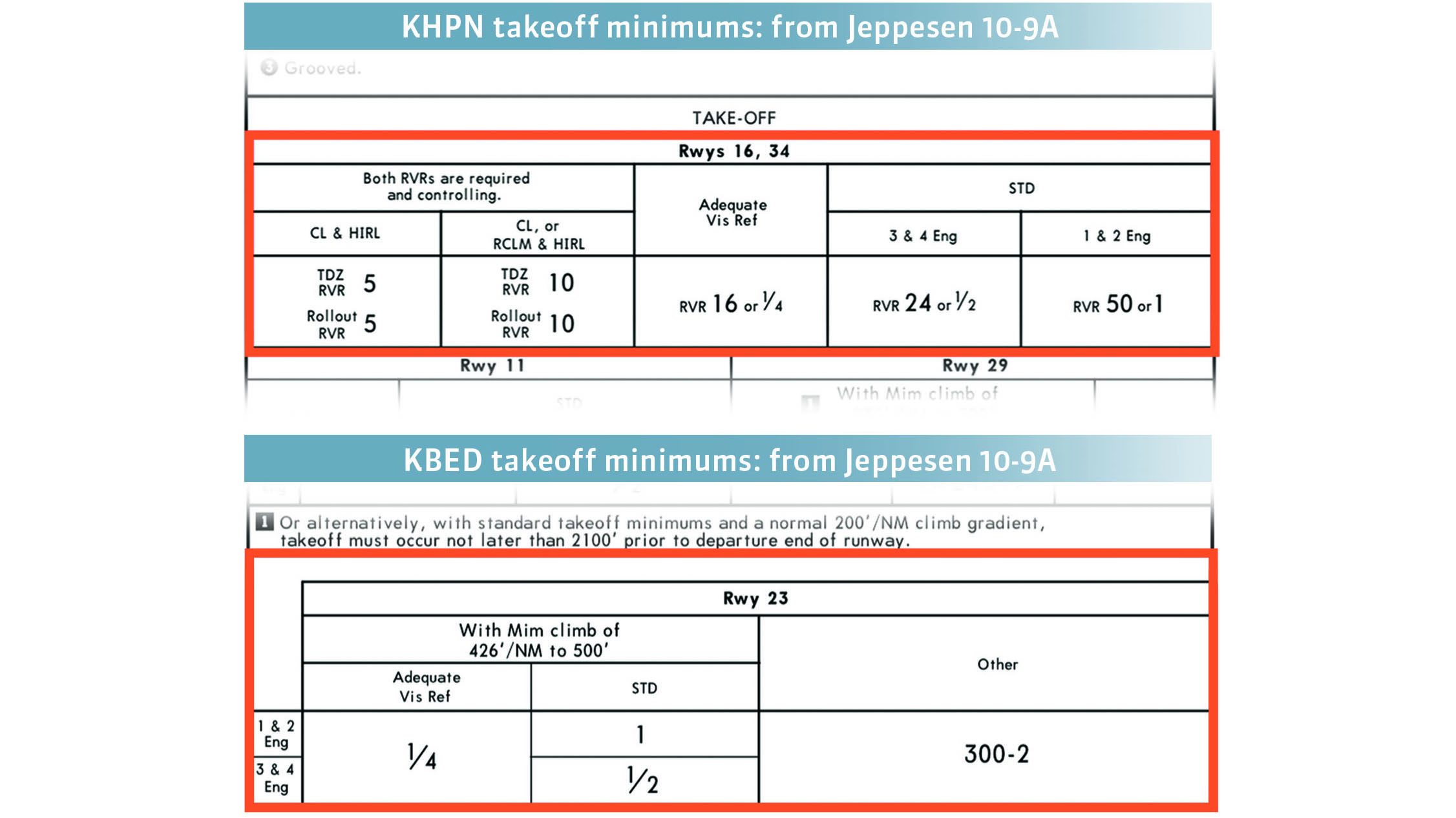 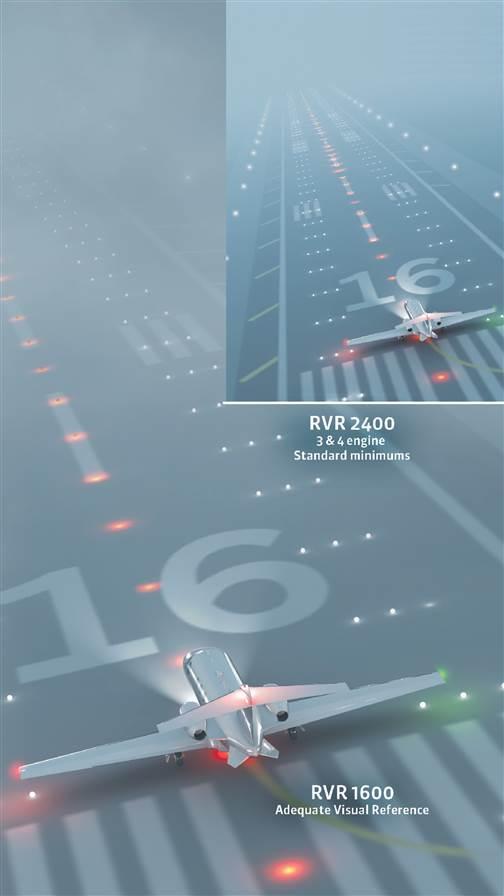 Peering through the fog at the ramp you have a distinctly uncomfortable feeling that’s battling with your desire to depart. You know that legally under Part 91 you can take off with zero visibility, but is this really a good idea? How low is too low? How to make the call?

First, the regulatory minimums. It is correct that under Part 91, a pilot can legally perform a zero-zero takeoff. FAR 91.175(f), Civil airport takeoff minimums, clearly states it applies only to operations under Part 121, 125, 129, or 135. Even when a departure procedure specifies minimum ceiling and visibility requirements, an FAA legal letter of interpretation affirms that “a Part 91 flight can depart in weather conditions less than the minima prescribed for the SID.”

Next, and more important, however, is the question of safety and best practices. There are many areas in which Part 91 operations are allowed liberties contrary to widely accepted ideas of what constitutes safe operating practices. In these cases, prudent operators voluntarily adopt standards more restrictive than the Part 91 requirements. When looking to operate to a higher standard than Part 91, a good place to start is with the more stringent rules imposed on for-hire (e.g., Part 135 or Part 121) operations.

Looking at FAR 91.175(f), a single- or two-engine aircraft operated for hire may not take off “unless the weather conditions at time of takeoff are at or above the weather minimums…prescribed for that airport,” or, if no minimums are prescribed for the airport, if the visibility is less than 1 statute mile. We see an example of these two cases in a takeoff from Runway 23 at Laurence G. Hanscom Field (BED) in Massachusetts (right, lower chart). If able to meet a climb gradient of 426 feet per nautical mile—a little more than twice the standard 200 feet per nautical mile assumed for IFR departures—the operator may use the standard 1-mile visibility requirement. If not, a ceiling of 300 feet and visibility of 2 statute miles must exist at takeoff time.

Part 135 operators can apply for operations specifications (OpSpecs) that allow for expanded operating ability, the same way a Part 91 operator may be issued a letter of authorization (LOA) to do the same. The OpSpecs permitting takeoff with lower than the standard minimums allow for departure with visibility lower than 1 mile—as low as 500 feet of runway visual range (RVR). These lower visibility takeoffs require specific runway infrastructure in the form of lighting, markings, and the presence of multiple transmissometers (the equipment that generates RVR readings), with more equipment required as the allowed visibility decreases. Jeppesen airport information and takeoff minimum charts (typically the “-9” or “-9A” chart for an airport) incorporate the actual installed equipment for each runway into the table, making it easy to determine the appropriate takeoff minimum.

For runways with none of the required lighting or markings, the OpSpec allows for visibility of one-quarter statute mile “provided other runway markings or runway lighting provide pilots with adequate visual reference to continuously identify the takeoff surface and maintain directional control throughout the takeoff roll.” This is a somewhat subjective determination, but we can imagine that a combination of low light and standing water, or an unplowed snow cover spanning the runway width, would make identification of the takeoff surface in doubt and raise the takeoff minimums back to the standard 1 sm.

The longer runway (16/34) at Westchester County Airport (HPN) in New York shows us how to determine the applicable, lower than standard, takeoff minimums (top chart, above). If both centerline lights and high intensity runway lights are operational, and if both the touchdown zone and rollout transmissometers are operational, the visibility can be as low as 500 feet RVR. With only one of the lighting systems operational the required visibility increases to 1,000 feet RVR. Don’t have either? Then it’s back to the default one-quarter mile with adequate visual reference, or 1 statute mile without.

Before using these lower takeoff minimums, though, a Part 91 operator should consider their own training with low visibility takeoffs. If intending to use a 500-foot RVR as their own lowest value, at a minimum the pilot should annually perform multiple takeoffs in a simulator set to 500 RVR, to include aborted takeoffs at V1 as well as continued takeoffs following an engine failure past V1.

We’re not quite at the end of our planning, though. If we take off with 500-foot RVR an important consideration can’t be overlooked: Where will we land if we experience a problem right after departure? The lowest ILS or RNAV approaches most GA operators can perform require visibility of 1,800 feet RVR. Clearly, we can’t expect to see the airport at the 200-foot DA if the actual RVR is less than a third of what’s needed. Enter the takeoff alternate—an airport selected for diversion should a problem manifest after departure.

For-hire operations have constraints on the maximum distance to the takeoff alternate, often based on single-engine cruise speed. Part 91 operators should consider how far they’d want to be flying with an engine or baggage fire, for example, to get to an airport with conditions good enough to allow for landing. Note that in some parts of the world the absence of a suitable takeoff alternate may be reason to delay takeoff until the conditions allow for an immediate return to the field—in remote regions or areas subject to wide-spread coastal fog, for example.

Putting it all together, an example of a voluntary practice for a Part 91 operator might be to not depart unless the visibility is equal to or better than that published in the Jeppesen takeoff minimums box, the pilot has performed simulator training at that visibility in the past year, and a takeoff alternate within 25 miles of the airport has been identified as having conditions above landing minimums for the approach in use. Otherwise, departure should be delayed until all conditions are met.