Get the app Get the app
News & Media Aviadores del Caribe

Friends, pilots, and A&Ps, Gilbert Perez of Sarasota Avionics in Florida and René Asencio, who works for SouthWest Airlines in Texas, are restoring a Cessna 150 to help young people in Florida and Puerto Rico achieve their aviation dreams. 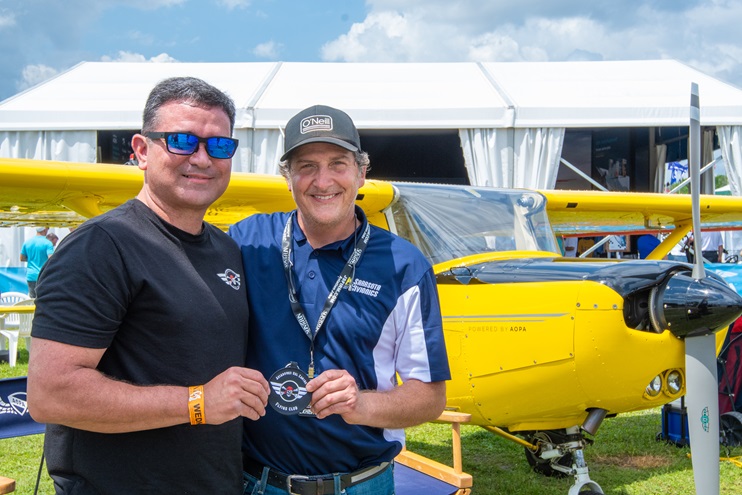 René Asencio and Gilbert Perez show off an Aviadores Del Caribe patch in front of AOPA's You Can Fly Cessna 150. Photo by Niki Britton.

Originally, Aviadores del Caribe was a Puerto Rico-based aviation club, created in the 1990s, to bring together pilots and mechanics from the island. Around the time of the club’s inception, and with hopes that one day his children would pursue aviation, Asencio purchased his 1959 Cessna 150.

Years later, Asencio’s son, Neftali, made the decision to follow in his father’s footsteps and pursue his A&P and pilot certificates, planning to use his father’s Cessna 150 for his training.

“My plan with Aviadores del Caribe,” Asencio said, “was to help my kid, I say my kid, because at the same time I want to promote general aviation for other kids…I really want to see the kids on the right path, successful in aviation, no matter as a mechanic, as a pilot, but what I can see in other kids is what I want to see from my own son.”

After Neftali died in 2019, the Cessna 150 was placed in storage. By 2021, the aircraft was no longer  airworthy and needed to be restored. Asencio said this would not have been possible without his friend, Gilbert Perez. 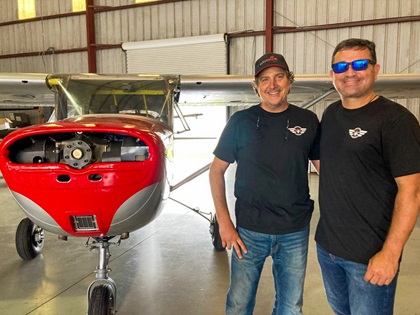 “My plan was to…try to restore the airplane day by day, step by step, until I can use the plane for a demo flight…” Asencio said, “he [Perez] told me, ‘bring the plane to Sarasota, I’m going to help you…I remember your kid, he talked to me a lot about your plane, for me, it’s a goal too.’”

“When he sent the airplane to me,” Perez recalled, “the airplane was all apart. It needed everything. It needed paint, it needed a corrosion treatment, it needed, what I’d call, a little overhaul on the engine and the whole airframe…he shipped it to me last summer…we opened it up and I was surprised when I saw it, it was a lot of work… so I started putting all of my extra time, my free time, on the airplane. Right now the airframe is 100 percent done…we are just in the last phase of the avionics. Through my company, we represent Garmin and Garmin [is] help[ing] us too. So we are putting all the avionics with Garmin, so the kids…will have also the opportunity of flying a small trainer…with the latest technology.”

Not only has Perez, a pilot, A&P/IA, and director of maintenance for Sarasota Avionics, made good on his promise to help rebuild the Cessna 150, but now has aspirations to become a CFI, so that he can help further the mission of Aviadores del Caribe. 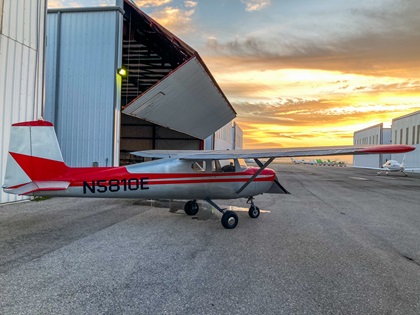 Asencio and Aviadores del Caribe has already made a lasting impressions on one young aviator through sponsorship from Puerto Rico, according to pilot Cristian Santiago:

“René’s son used to tell him about me and my passion for aviation. After what happened, René kept checking on my progress, eventually we kept in touch and he looked at me as his son. I heard about Aviadores del Caribe and the story behind it, and decided to join the community. I always carry their logo, patch, and shirt with me for all my flight experiences. When I finished my instrument rating…I didn’t know what to do with my commercial license because of the cost and René offered me his plane to finish my training and that’s how it was. He fulfilled it and today I have my commercial pilot [certificate].” 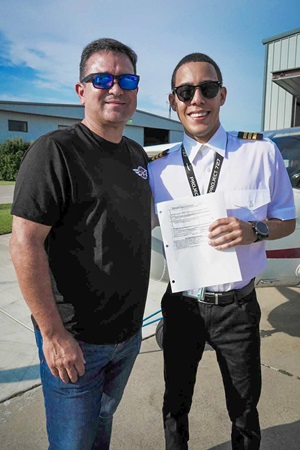 Asencio explained, "I sponsored Cristian Santiago, a young man who is currently 22 years old and who is the co-pilot of a Gulfstream G200. This young man started flying at the age of 16. I found out that his parents sold cookies and other sweets in Puerto Rico to help his son finish his career as a pilot. I decided to help Cristian finish his instrument rating and the cost of the checkride. Then I knew that he lacked money to finish his single-engine commercial land. So I offered Cristian to stay at my house in Texas and he would use my 1976 Cessna 150 M, N606JC and I would cover all the expenses....he was very diligent and of course with the help of Nelson Hernandez, an excellent CFI who lives here in Texas and is also from Puerto Rico. All these expenses are paid with the extra money I earn in overtime in my job as an A&P line maintenance technician at Southwest Airlines...and of course with the sales I make with my online store. Being able to see Cristian achieving his goals for me was helping my son who is in Heaven, I was able to close that goal that I had for him and that was his great dream. I hope to help many other young people and adults to achieve their goals with the plane I have in Sarasota N5810E. I did the same para [for] Luis R Maldonadoa, 48 years old, but in this case I [allowed him to use] my airplane and he paid for the fuel and the instructor. He is currently a Private Pilot and is working in the Instrument rating."

The two are confident that the Cessna 150 will be finished in another month and are excited to begin sponsoring students from Puerto Rico as well as helping those in their local community of Sarasota.

“Once we get the airplane done,” Perez explained, “the goal is to put it somewhere where we can start helping these kids…now with this extra airplane…all with the latest technology, we’re going to be able to help more kids, hopefully this year.”