Get the app Get the app
AOPA will be closing at 2:30pm ET Wednesday, November 23rd, and will remain closed Thursday and Friday in observance of the Thanksgiving holiday. We will reopen Monday November 28th at 8:30am ET.
AOPA Members DO more LEARN more SAVE more - Get MORE out of being a pilot - CLICK HERE
News & Media Gyro Hero: It's a…what?

Gyroplanes are in their own class

Editor's note: We opted to let "spinny thing" slide in this second installment of our "Gyro Hero" series out of respect for well-placed whimsy.

What is a gyroplane? It’s not an easy question to answer. Existing somewhere between an airplane and a helicopter, gyroplanes take pieces of each category and combines them into one strange, somewhat awkward, impressive machine.

All aircraft operate on similar principles of lift. Airplanes use fixed wings to carry the weight of the aircraft and a propeller to pull it through the air. Gliders have those same wings but no power source. Helicopters use a rotor to provide lift and thrust. And in its simplest form, a rotor is nothing more than a rotating wing.

Gyroplanes combine the lift aspect of a rotor and the thrust of a propeller. The rotor is completely unpowered. It spins freely in the wind, hence you’ll sometimes hear them called autogyros. In almost all cases thrust is provided with a propeller mounted in the rear of the aircraft and in a pusher configuration.

Most modern gyroplanes don’t have fixed wings for lift, but they do have a horizontal and vertical stabilizer, and rudder. Because the rotor isn’t powered it doesn’t produce torque, so no tail rotor is needed. Air from the propeller flowing over rudder makes it highly effective in nearly all phases of flight.

The flight controls are all airplane. There are rudder pedals, a throttle, and a stick. Push left to go left, right to go right, forward to go down, and pull back to go up.

So, we have a rotor, a propeller, a rudder, and a fixed horizontal stabilizer. It’s pretty much a perfect Frankenstein of a helicopter and an airplane. As mentioned in the last story, gyroplanes exist in the rotorcraft category, which is probably the most logical place.

Yet, I’m going to try to convince you that a gyroplane is basically an airplane. With only a little bit of help, an airplane pilot would be able to get into a modern gyroplane, and then taxi, take off, fly around, and land. The takeoffs and landings are short, and there are some really specific things that need to happen in those phases of flight, but otherwise it would all feel very familiar. You shove the throttle up for takeoff, set it and forget it for cruise, and land in a power-off stall-ish sort of attitude. On the other hand, a helicopter pilot would feel out of place with a fixed throttle, no collective, and a takeoff and landing run. And a key difference between airplanes or gyroplanes and helicopters is that helicopters require more power as they slow to land, not less.

Then there’s emergencies, where I’m going to convince you gyroplanes are rotorcraft. When the engine on an airplane stops, it becomes a glider. Nothing fundamentally changes. You still control the airplane the same, it behaves in a predictable manner, and other than quickly getting the nose down, engine-out emergencies should be controlled affairs.

Not so with helicopters. If you don’t get the collective down in a helicopter there will be no chance of a recovery. No chance of making it safely to the ground. And even if you do dump the collective, you are coming down with a glide ratio worse than the space shuttle.

A gyroplane behaves much more like a helicopter in an emergency. True there’s no collective to quickly dump, and everything feels much more controlled than it does in a helicopter, but the physics of the rotor are the same. Air must come up through the rotor from below to generate lift. The pitch of the spinning rotor disc determines the rotor’s speed and lift, and the pilot must work with the interplay between these variables in order to make the spot.

Helicopter pilots begin by training straight-ahead autorotations to a power recovery, and progress to more advanced techniques, such as straight-down autorotations, flying backwards to make a spot, and so on. It’s similar in the gyroplane. By playing with the approach speed you can control the descent rate without flying too close or too far away from your spot. Unlike an airplane, where your tricks are limited to drag devices or maneuvering, speed has immediate and profound impact on the gyroplane’s glide angle.

The landing also feels similar. Full-down autorotations in a helicopter look remarkably like an emergency landing in a gyroplane. Airplanes are great for being able to glide long distances and potentially reach ideal emergency landing sites. Gyroplanes and helicopters are great at being able to effectively use small, tight spaces like soccer fields.

If done correctly, the pilot has the potential to bring the gyroplane down with remarkably little vertical or forward energy.

For all those reasons I tend to think of them as gyrocopters. So while an airplane may feel more at home with the flight controls, a helicopter pilot is more likely to feel at home in all phases of flying a gyroplane. Plus, there’s a giant spinny thing above your head, and that screams helicopter category.

Previously in this series: 'Sizing up options' / Next time: 'A new way to train' 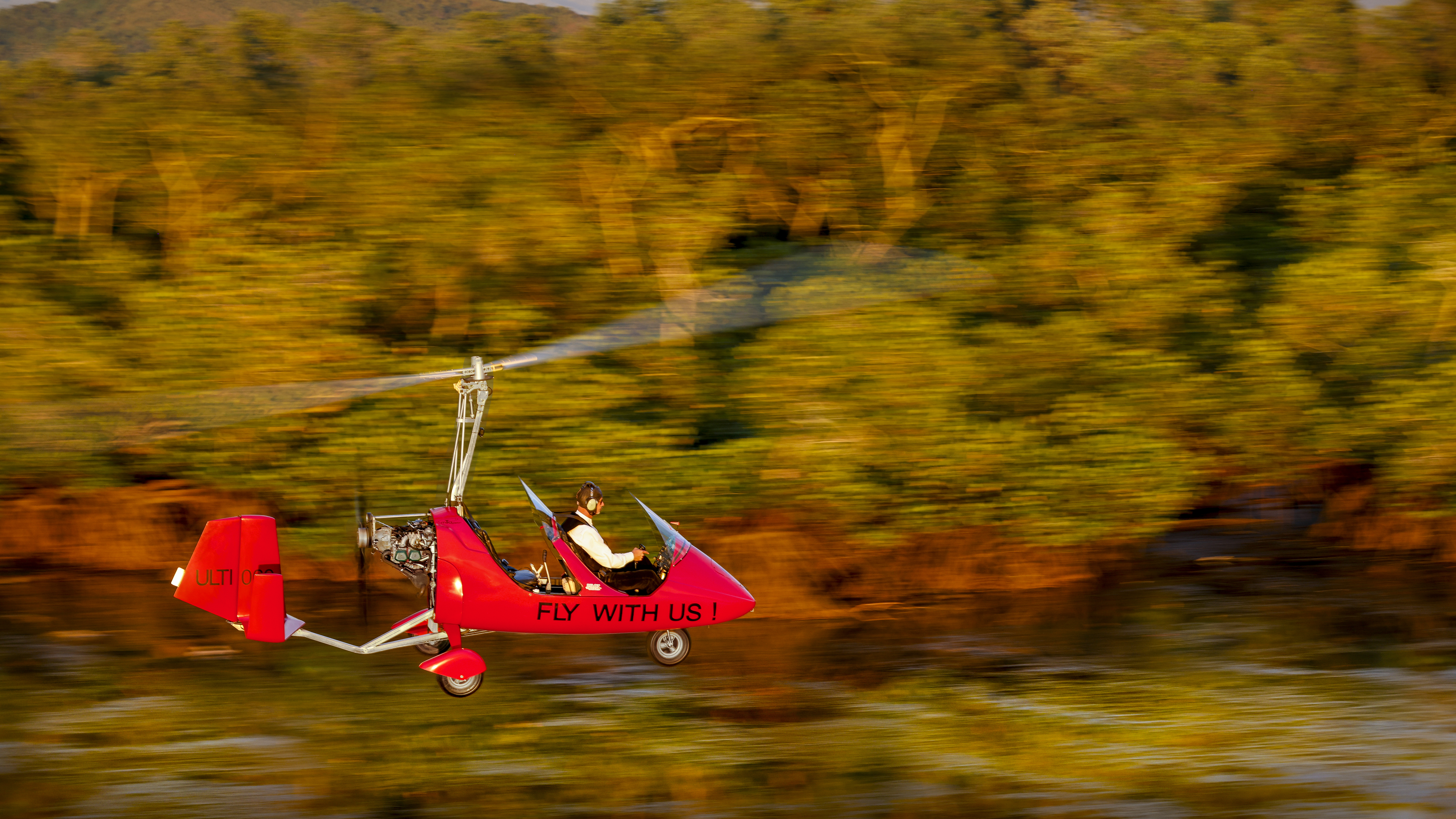